Regardless of the aesthetics, this full-sized Android console comes with some pretty interesting features that actually make this a competitive device. Hardware specs for this console have it pegged at having Tegra K1 chipset powering it although this could change with the recent announcement of the Tegra X1. Along with that, the OBox has a full 4GB of RAM and customers will be able to customize their OBox with various hardware options outside of those already mentioned. 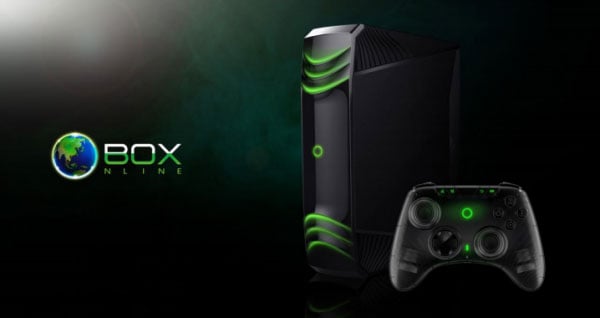 In fact Snail Games will be offering the OBox with options such as two different chipsets that it can come with, two different HDMI port set-ups to choose from (along with USB 2.0/3.0 ports and ethernet), and four different hard drives which range in sizes from 500GB up to 4TB. Snail Games has basically made a PC into an Android console and owners will be able to upgrade various parts down the road when some of them start becoming outdated, just like you would with a PC. The OBox will also feature 4K video compatibility and also comes with a glasses-free 3D feature like its mobile counterpart, the W 3D Android phone.

Since this will have various set-ups that consumers will be able to purchase, there is no set pricing for any of them right now. However a price range of $99-$499 was mentioned depending on what set-up you design for your OBox. Launch dates for the OBox are similar to the company’s two new Android gaming phones, with China seeing a release somewhere in Q2 2015 and in the US / Mexico in Q3 2015. We will be going hands-on with the OBox shortly.