Mad Catz unveiled a new mobile gaming headset called Swarm which features some pretty cool technology inside of it. The headset is actually made through their Triton brand which is a brand of headset Mad Catz acquire some years ago. At first glance it may not look like these are gaming headsets but that is because a lot of the features, like the microphone, are hidden. Mad Catz also did something slightly different with this particular peripheral than what they usually do with their gear and that is offering it up in a few different color options.

The headset itself sits quite comfortably on your head and the ear-guard cushions are also quite comfortable. Media playback controls are located on the outside of the right speaker and are nice big buttons for easier access. If you like bass then you’ll be happy to know that a bass boost option is also available by holding down one of the buttons for 2 seconds. You will hear a beep and then much more bass. As for your microphone, that is hidden along the front-side of the right speaker so you don’t look completely weird walking around wearing a headset with a microphone in your face. There is a mute button for it for when you need to make sure other people are not hearing what you are saying. 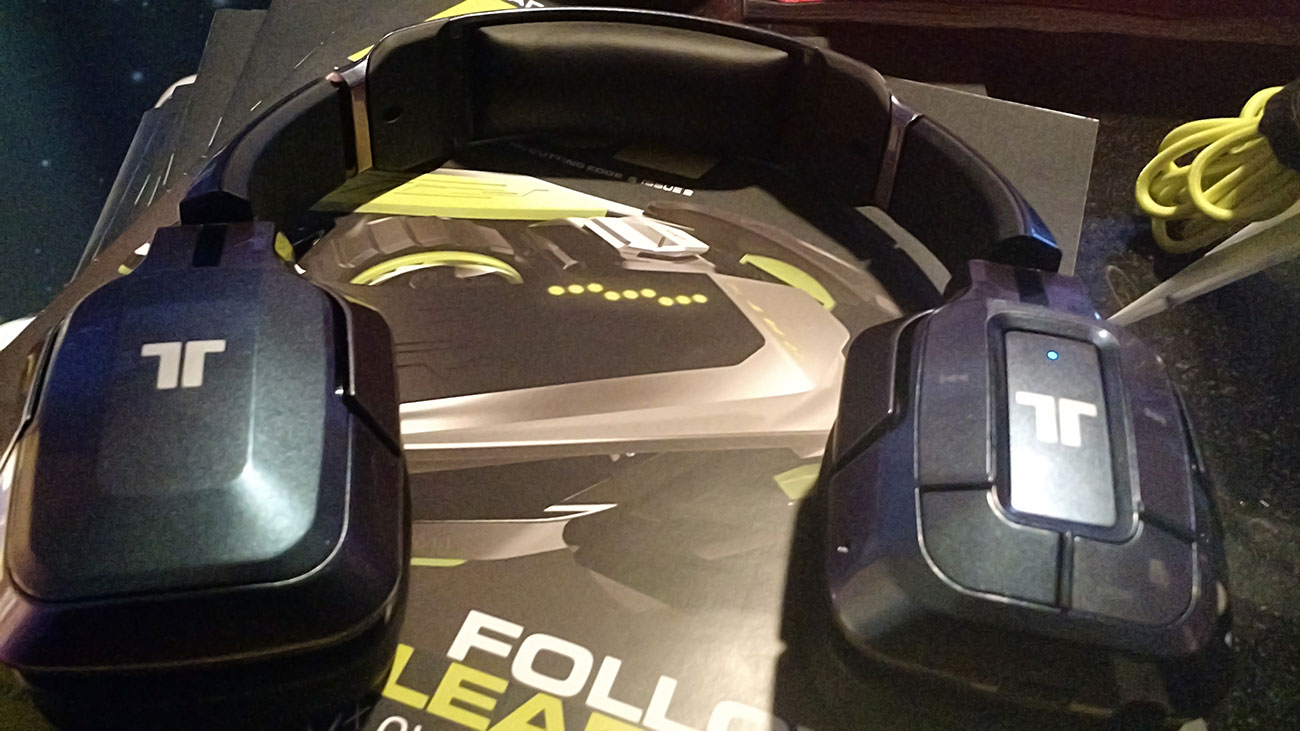 Sound quality is really good when listening to music or video. Add on the bass boost and it sounds even better. Of course it should be sounding good since not too many company make headsets with the goal of it sounding like crap and Mad Catz / Triton have been making gaming headsets for awhile. This is all standard stuff though when it comes to headsets. So where are the gaming-centric features?

Pushing one of the buttons on the side will enable 3D surround sound. This means that instead of having the flat stereo sound, the 3D sound will allow you to hear, for example if you are playing an FPS game, what direction shots are being fired at you from with much more accuracy. This is a good thing so you can concentrate on dealing with your enemy instead of figuring out where they are. When we tried this headset, the 3D surround sound was extremely good and very accurate. It didn’t just make it easier to hear things from the front, back or the sides, but from pretty much any angle. The technology for this comes from a company called AM3D which apparently makes this sort of surround sound technology for military pilots to use. 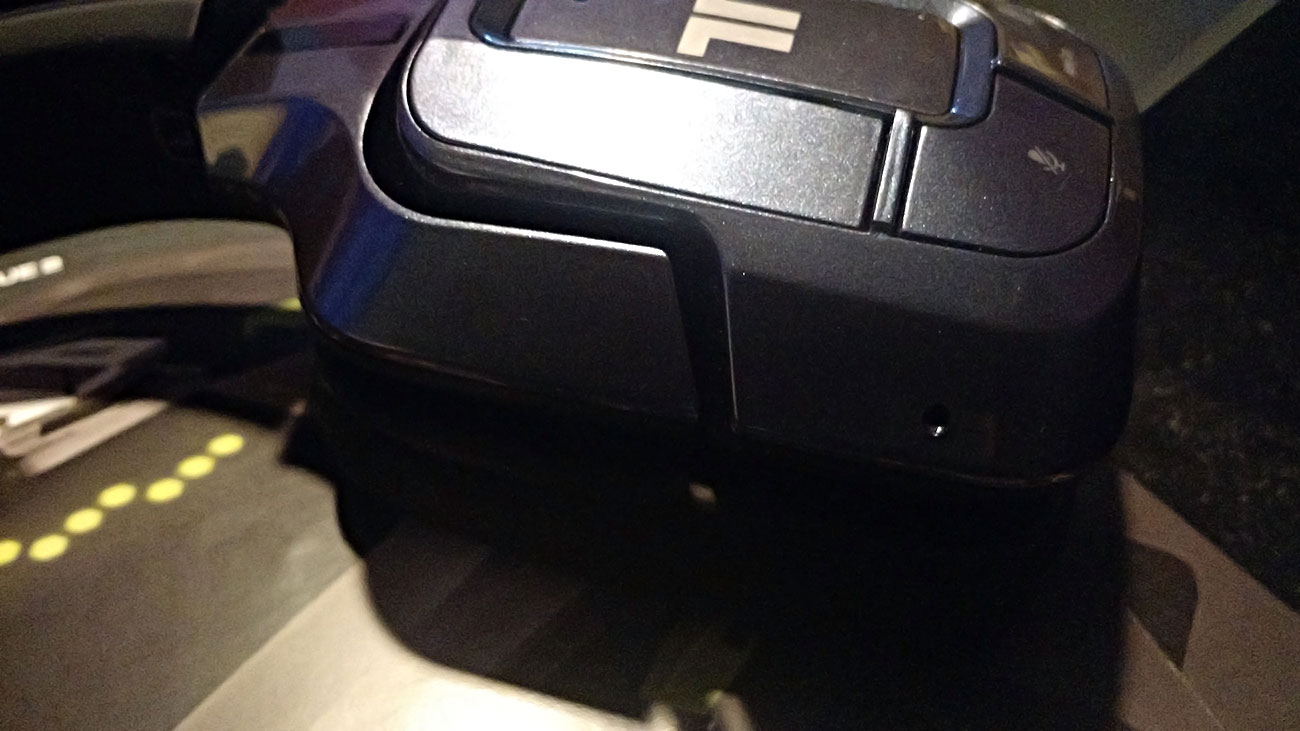 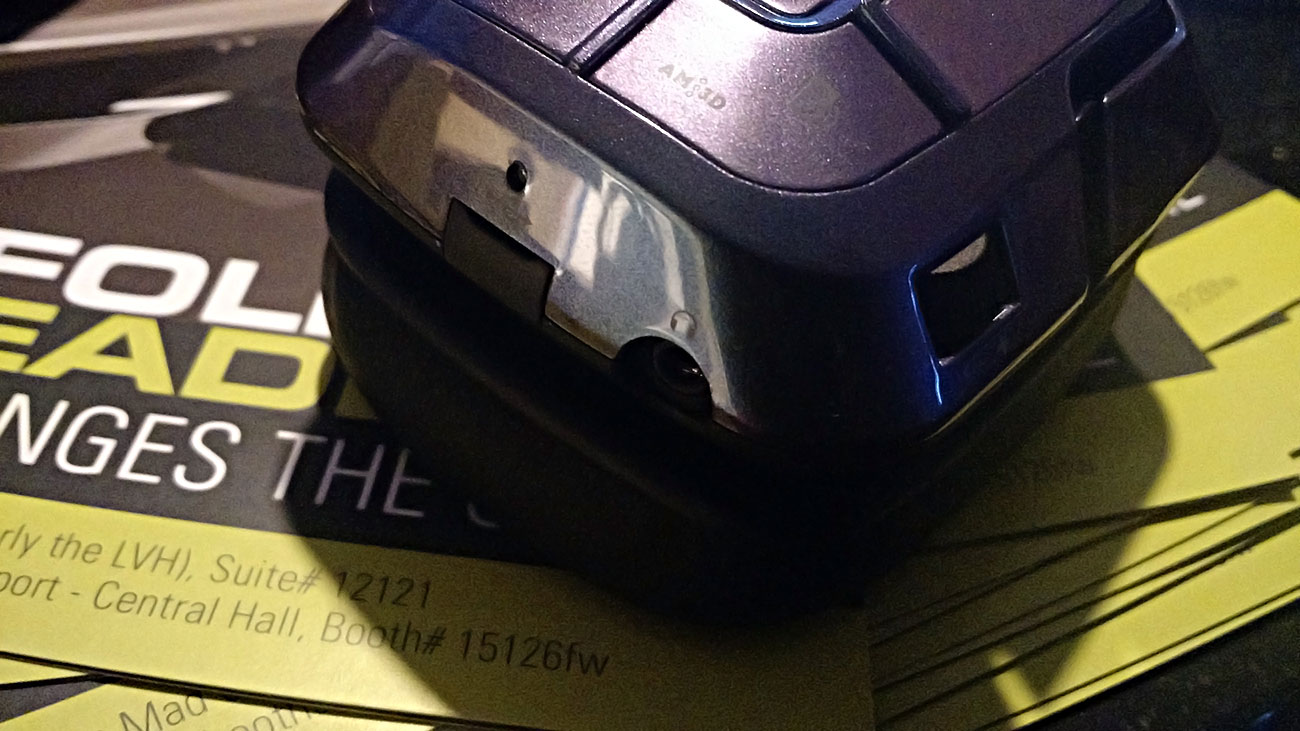 Another handy feature with this headset is that it can connect to more than one Bluetooth device at the same time. So you can have it connect to your Android phone and your PC at the same time, or two different Android devices, whatever you feel like doing. This means you can be playing a game using the headset, for example, on your tablet but have it connected to your phone as well. When a call comes in, the headset switches over to your phone’s audio so you can deal with the call automatically. When you’re done it will switch back to your game.

Since this is Bluetooth you can connect it to anything that supports those types of connections, whether it be your phone, tablet, or Android TV. If you need to connect it to something that doesn’t have Bluetooth, t does come with a 3.5mm audio cable you can use.

As for when you can pick one of these up, there is a similar pre-order time frame that is now live as the L.Y.N.X.9 has, which means that you can order one now and it will ship out in March 2015. Cost-wise you are looking at $149.99 for a Swarm. Mad Catz did announce a new PC gaming mouse at CES 2015 which we will be writing about as well. Even though it is PC gaming related, we can basically use any PC gaming peripheral with Android these days.