Thanks to games like Flappy Birds there has been quite the movement of games that are simple to play but extremely challenging to survive for long periods of time in. Whether it be you trying to keep a bird flying through obstacles for as long as possible or some other method of movement through hazards and dying relentlessly whenever you touch one, these games do make for great time killers and are usually pretty enjoyable to play.

Ninjevade is a bit different in that you are not a bird flying through obstacles, or a fish swimming in water doing the same thing, or any other type of animal. As you are probably guessing from the name, you are a monk looking warrior who has to deflect (and sometimes jump over) ninja stars being thrown at you from enemy ninjas. Enemy ninjas will appears from either the left side or right side of the screen, and sometimes both at the same time. With your trusty staff, you will be deflecting ninja stars thrown at you back at the enemy ninja who threw it at you. When two of them appear at the same time, you have to jump over both ninja stars so that they hit the ninja on the opposite side. This is basically the entire gameplay in a nutshell. Sounds easy right? 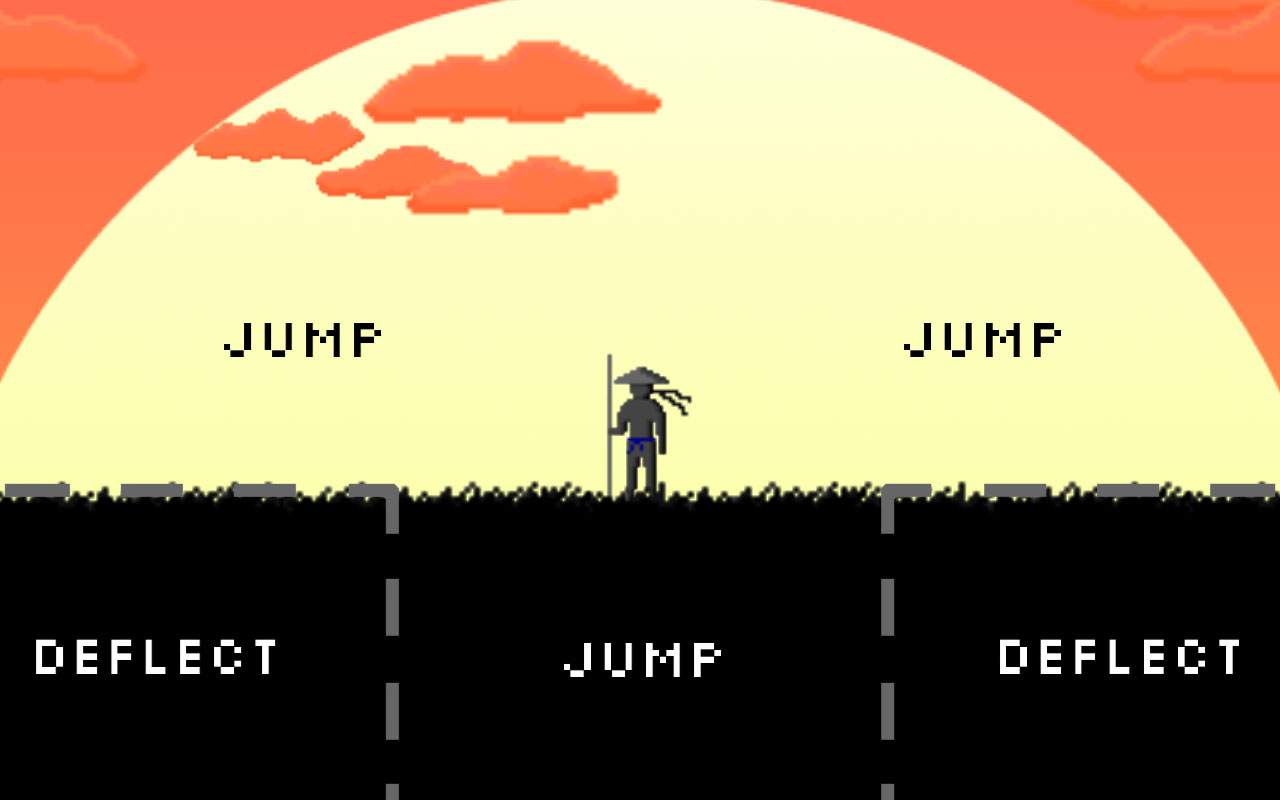 Like any good endless survival game, Ninjevade is not easy. The easiest part of this game is the first couple of rounds. After those you will have to be on your toes in order to get a score higher than 10. The longer you survive, the harder the game gets. Whether it is the ninjas appearing faster or just the fact you are concentrating on something in order to react quickly enough to not die, Ninjevade does get quite challenging. The controls are simple enough, tap on the left bottom and right bottom of the screen to swing your staff to deflect the ninja stars while tapping the bottom center of the screen will make your character jump to dodge the stars when two are thrown at you.

Visually the game features a more retro look to it, with our monk hero sitting in the middle of the screen which appears to be an ominous field in the setting sun. You and the enemy ninjas appear as more of a silhouette against the setting sun backdrop with slow moving clouds which makes for a rather picturesque and almost peaceful setting. That is, of course, isn’t the case since you are deflecting and dodging numerous ninja stars being thrown at your face. 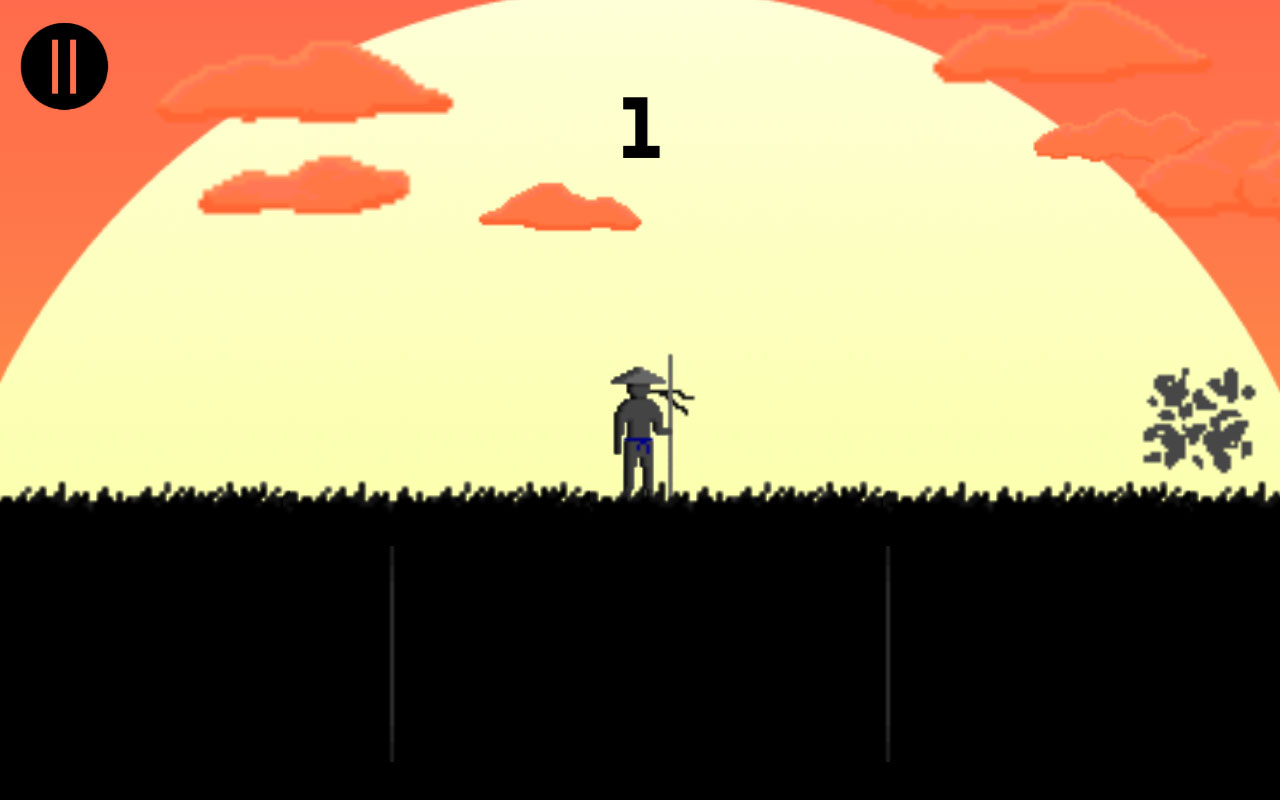 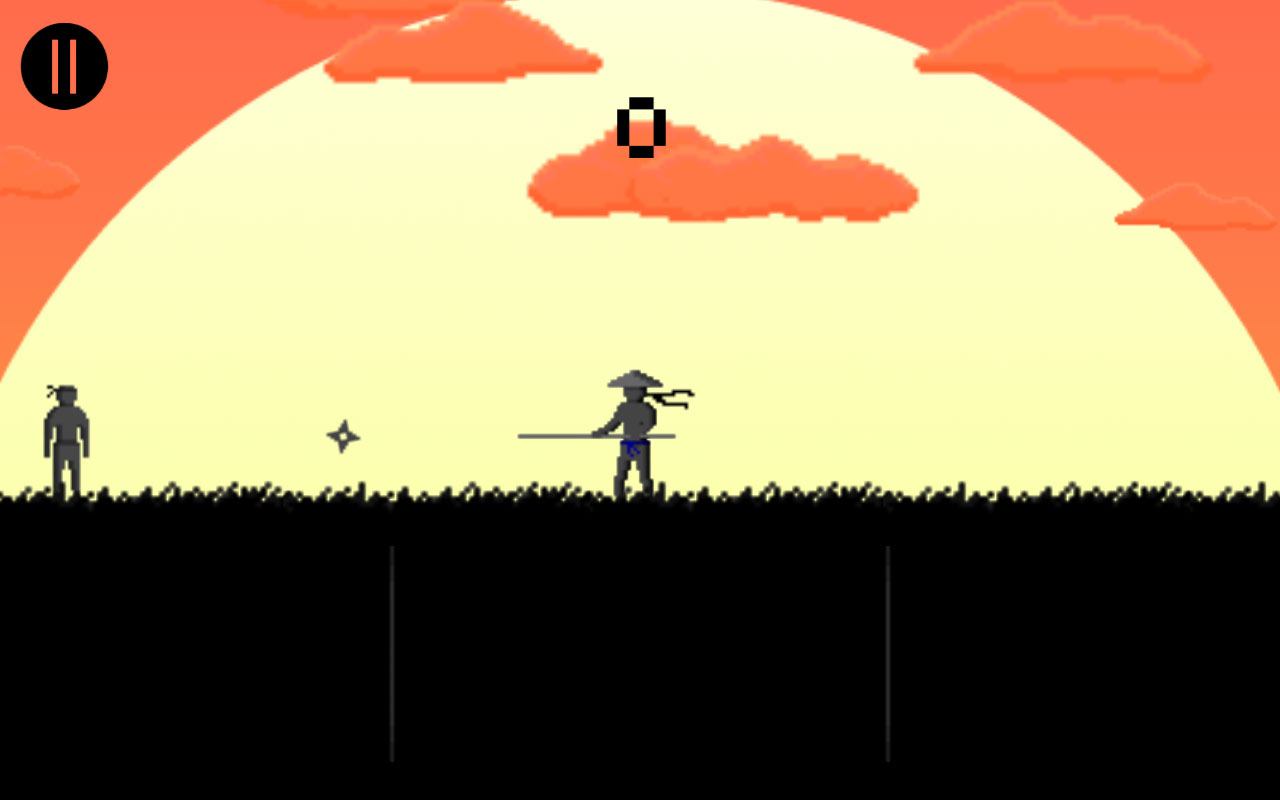 Getting hit by a ninja star kills you, there is no way around it, no health bar or extra lives. One life and that is it. If you die then you start the game over with a score of 0. Jumping over a ninja star when there is only one ninja on the screen does not have that particular ninja go away. He will stay there until you either die or deflect a ninja star back at him which will kill him. When two ninjas appear, you can not deflect both ninja stars being thrown at you at the same time so you have to jump to dodge them, letting them hit each ninja and killing them.

One really neat feature about this game is that as you progress through it, you will earn different colored belts, just like you do in actual martial arts. These are part of a much large selection of achievements you can unlock but the rather cool part about this one is that when you earn a new color belt, like green for example, it will actually show up in-game on your monk as well. You can also try to get yourself on the leaderboards as well. 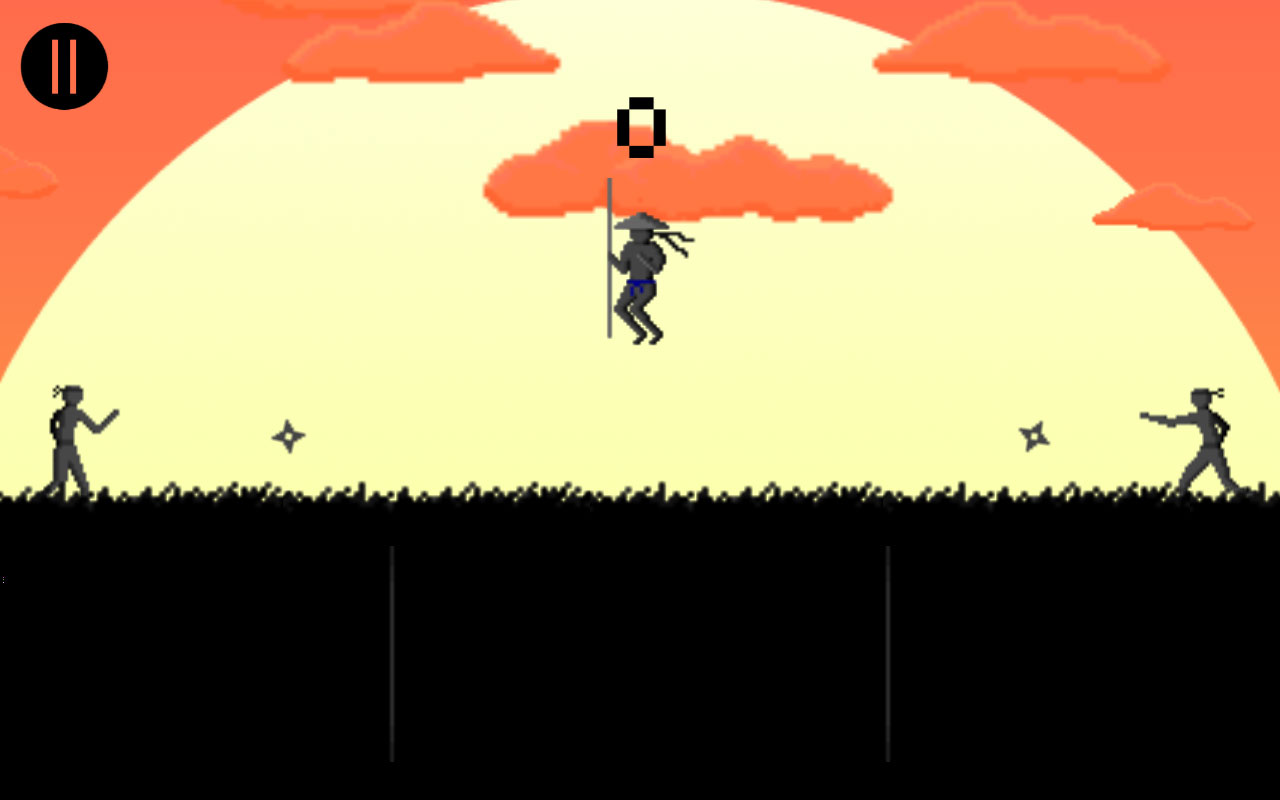 Overall Ninjevade is a rather good example of a good time killer since you can sit down and play this game for 5 minutes or 5 hours straight. It is simple but quite challenging and if you have OCD about unlocking achievements in a game, then this one will get you addicted to it pretty quickly. It is also refreshing to see a game in the endless survival genre that doesn’t deal with some sort of animal and dodging obstacles.

If you are interested in checking out this game, you can pick up a copy of Ninjevade off of Google Play for free. There are no IAPs at all in this game. So the final score for this game is an easy 5 out of 5.