If you are thinking the developer sounds familiar, that is because the company is responsible for a couple of other games on Android including Roboto which was a really good platformer released for Android a few years ago. However Gates of Osiris is a vastly different game than Roboto was as it is a blend of base building (sort of like an RTS game), third-person shooter and FPS gameplay (when inside giant mechs). Weird combination but it seems to work from our short time playing it while at Qualcomm’s booth. 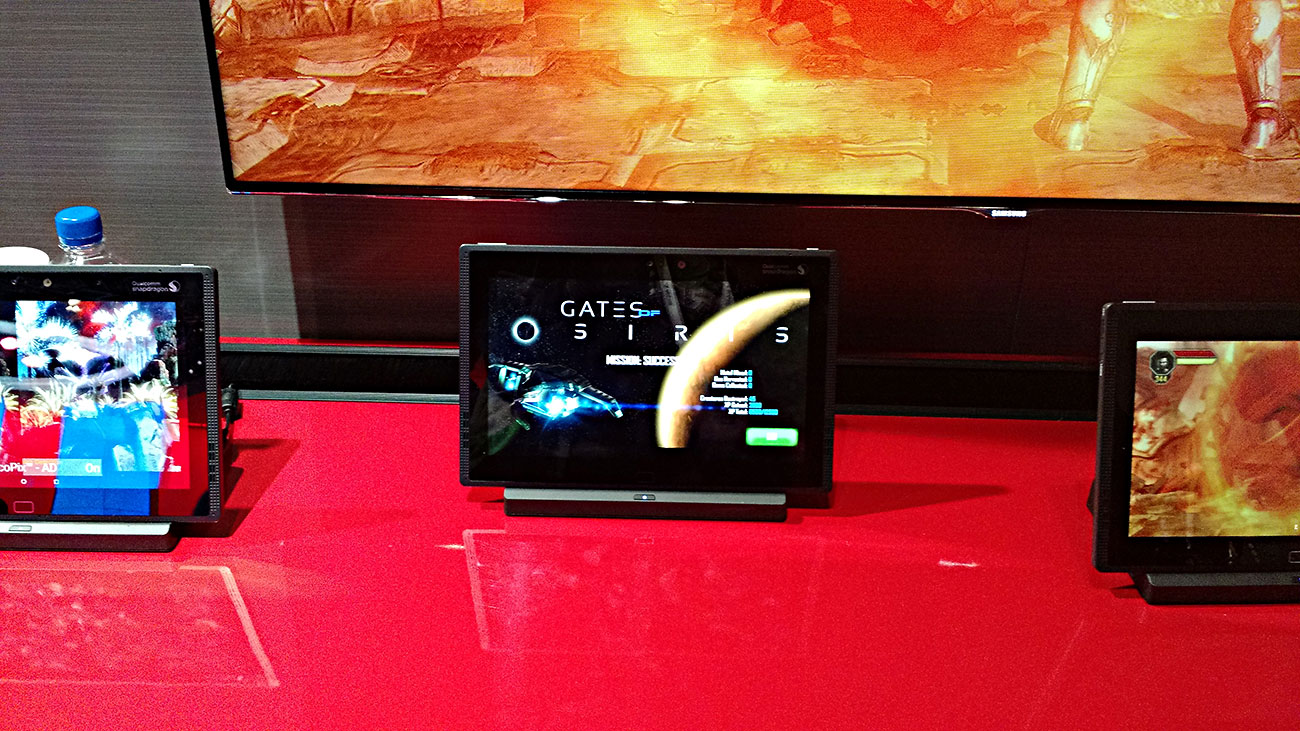 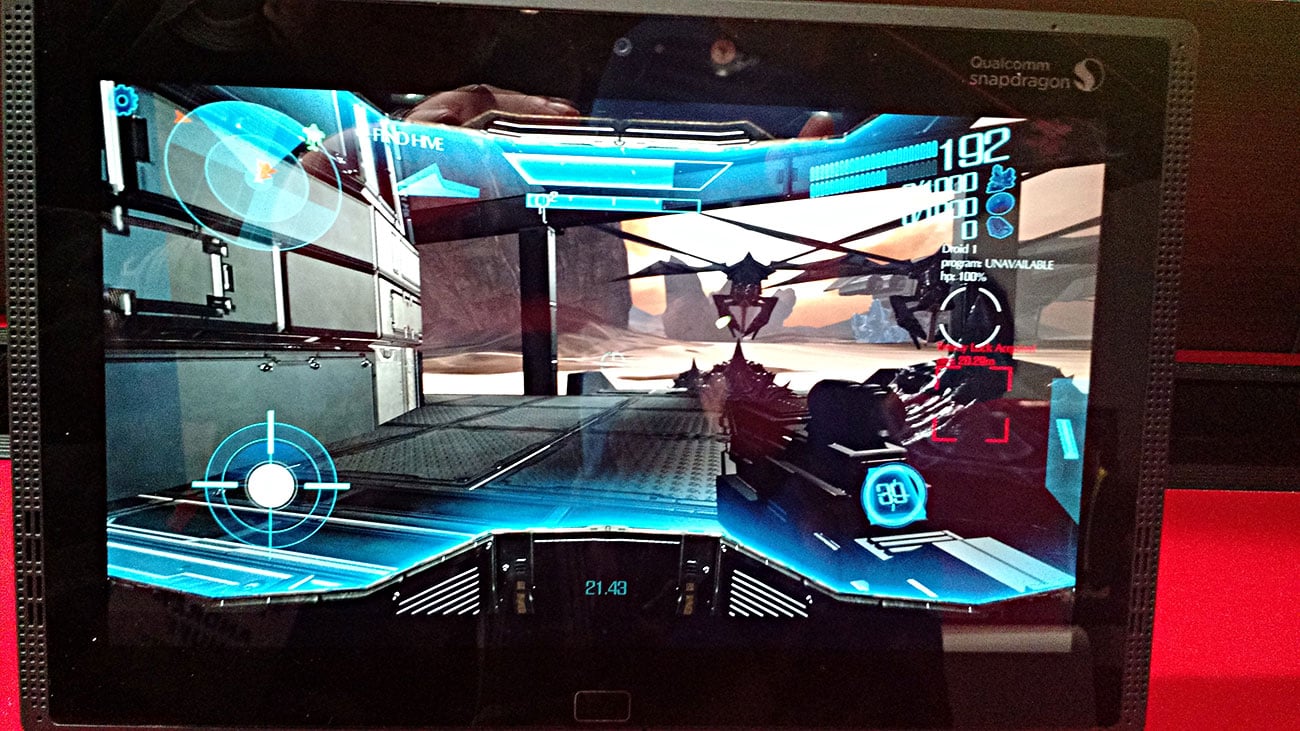 Here is the short description we found regarding Gates of Osiris:

In the year 2162, Earth has long been deserted.  Forced to find a new home among the stars, mankind finds Osiris: a gas giant with a dozen earth sized moons refereed to as “Gates”. Out of options and now a nomadic race of space pirates, small colonies attempt to survive in this harsh and desolate frontier.Build your base, explore the strange landscapes, and defend against bizarre and sinister creatures that inhabit these gates. – Fenix Fire

Visually this game looks very impressive with some very high-end looking graphics. This could be partially due to the fact it was running on a Snapdragon 810 chipset and displayed on a big HDTV at 1080p. Even if that is true though it means the graphics would have to be well done regardless. From what we experienced, it looks like you build your base up over time while going out into the world and completing various missions for different goals to complete. 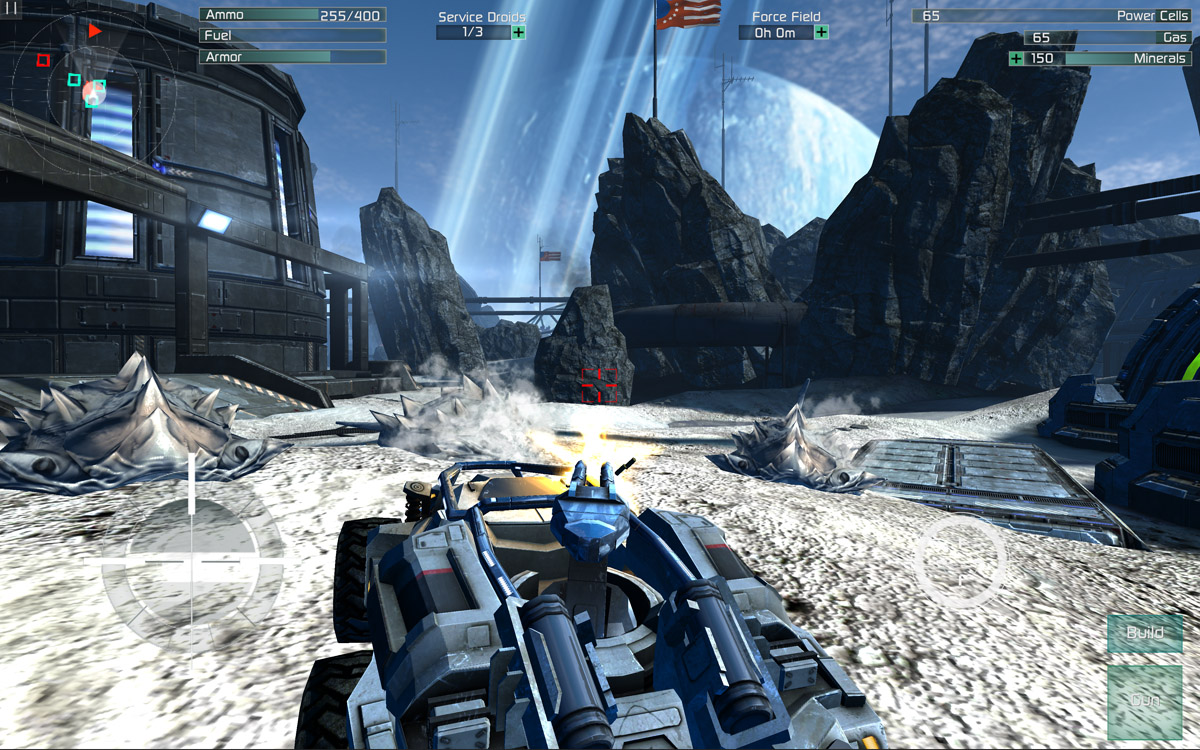 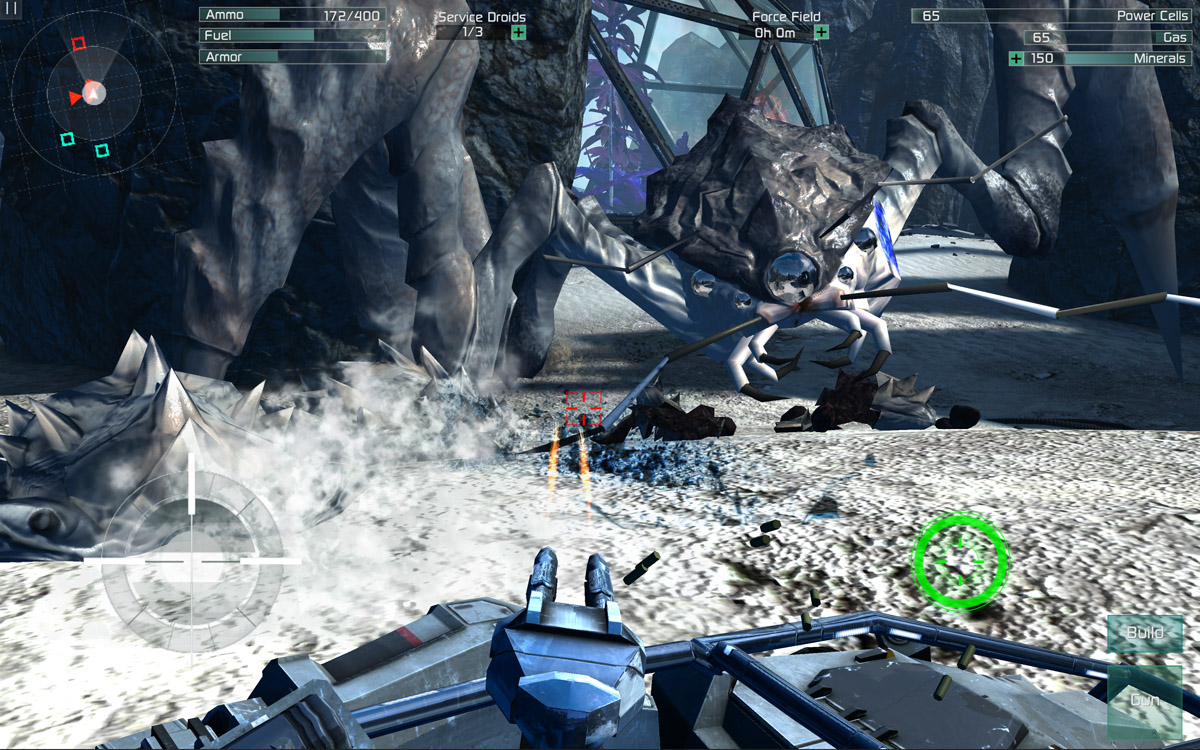 While we don’t have a price tag for this game or a specific release date, we do know that it will arriving on Android sometime this Summer 2015. The folks at the Qualcomm booth said Q1 2015 so taking that into account, it sounds like it will be the early part of this Summer. We will post an update when we learn more.