TellTale Games names a new CEO, announces that they will work on new IPs

TellTale Games has announced a new CEO for the company and have also announced a new change to what they will actually be doing in the future. The new CEO is co-founder Kevin Bruner and the previous CEO, Dan Connors, will be taking on an advisory role instead of the usual CEO duties he once held.

The company also announced a new change in what they will be publishing in the future. While we can certainly expect the completion of the current episodic adventure franchises they have going right now, such as Game of Thrones, the company will begin working on original IPs (Intellectual Properties) as well. Up until now, TellTale Games has been the go-to developers for TV franchises to be turned into games for multiple platforms including mobile.

Currently TellTale Games has plenty of franchises on the go as well as a new Minecraft-themed one heading our way in the very near future. Somewhere in between all of this, TellTale Games also plans to being work, and eventually release, a whole new IP for everyone to sink their time into. However what this new IP is has yet to be announced, only that there will be one coming soon. 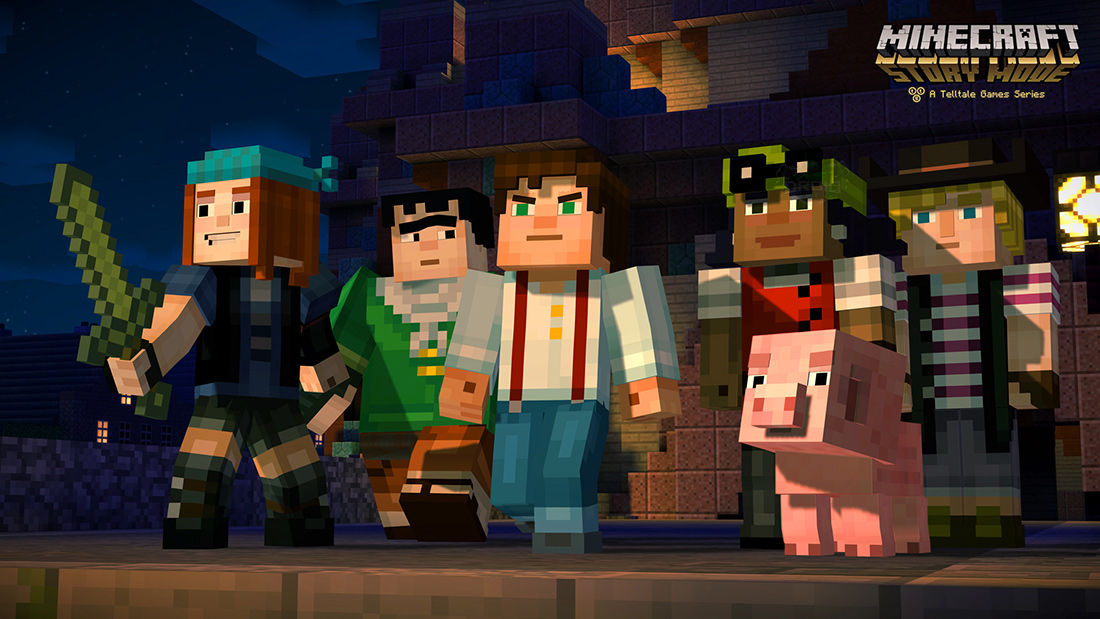 The new CEO sat down for an interview with Gamasutra and released some impressive details about the company and its growth. According to Bruner, TellTale Games has doubled in size every 16 months for its entire 10 year lifespan so far. Most of this time has been spent making already existing franchises in other mediums into games and this new change into making original IPs is the next step in the right direction for the company’s growth.

We’re looking at the next growth phase for Telltale. We’re 240 people now, and we continue to have an opportunity to do great things and grow the company. – New TellTale Games’ CEO Kevin Bruner

This doesn’t mean the company will stop doing what they have been doing the past while with getting license for major franchises to be turned into games. It just means the company will be expanding on what they currently do by tossing in new original games into the mix. It will be interesting to see what they come up with. Full press release below for your reading pleasure.

SAN RAFAEL, Calif., Jan. 12th, 2015 – Leading and award-winning developer and publisher of digital entertainment Telltale Games, today confirmed changes to its executive management structure with President and Co-Founder Kevin Bruner transitioning to CEO, as Co-Founder Dan Connors remains with Telltale as Executive Advisor. The company also revealed its plans for continued growth in 2015, as well as original IP in development.

“2014 marked our tenth consecutive year of continued growth since co-founding Telltale with Kevin Bruner in 2004. In that time, we’ve been incredibly proud to have accomplished so much with some of the most talented people in entertainment,” said Dan Connors, Co-Founder and Executive Advisor at Telltale Games. “2015 is the first of the next ten years for an ever-evolving Telltale. As we enter this new phase, and as Kevin transitions to my former role of CEO, I will remain with the company and on the board in an advisory role that will help ensure Telltale’s vision of continuing to break new ground as leading storytellers in the entertainment space.”

In 2014, Telltale was named the No. 1 ‘Most Innovative Company in Gaming’ by Fast Company. After completing two award-winning series last year, including The Wolf Among Us and The Walking Dead Season Two, Telltale was also the recipient of multiple ‘Developer of the Year’ awards for 2014.

“Each year since Telltale’s 2004 birth has been more exciting than the last, and 2015 will be no exception.” said Kevin Bruner, CEO and Co-Founder of Telltale Games. “We’re thrilled to continue our growth and bring our unique style of scripted entertainment to the next generation of digital media, and do that across thousands of different devices. Our top priority is to continue fostering an environment where the most talented and creative storytellers in the industry are working side by side with the world’s biggest creative partners. We’re already working on some of the biggest franchises in entertainment, and when you add our unannounced partnerships and upcoming original IP, it’s clear the most exciting time to be at Telltale is now, and there will continue to be more and more opportunity to innovate ahead of us.”

Telltale Games premiered two new series to critical acclaim at the end of 2014, including Tales from the Borderlands in partnership with Gearbox Software in association with 2K Games, as well as Game of Thrones in partnership with HBO. The company also recently announced its partnership with renowned developer Mojang confirming Minecraft: Story Mode set to premiere in 2015. A third season of The Walking Dead in partnership with Skybound Entertainment is also in development, with a future premiere date that has yet to be confirmed.