In practice Johnny Scraps CoD is unbearably dull. It’s reminiscent of the sadder half of beat ‘em up games that ate quarters without delivering any entertainment in return. 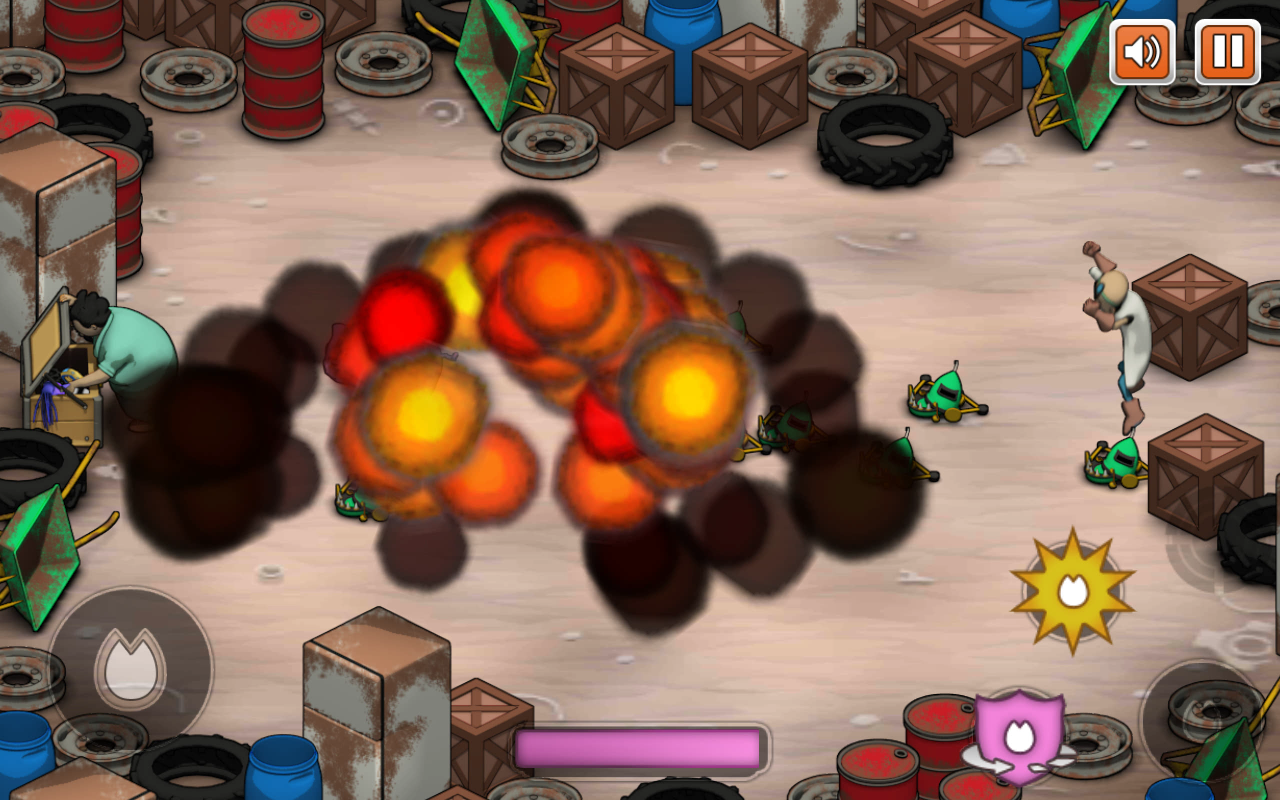 In spite of the name you don’t actually play as Johnny Scraps, but rather his pig (who is strangely just named Pig). The game borrows heavily from the Angry Birds style of presentation, with selectable levels followed by quick comic book storylines. In Angry Birds the cute comic story is complimentary to the game, similar to how Super Mario never needs more than a screaming princess to get across its point. In CoD, the story just makes the game seem more confusing, by showing a strange tale of a mad scientist and a pig bent on traveling through time to destroy him. 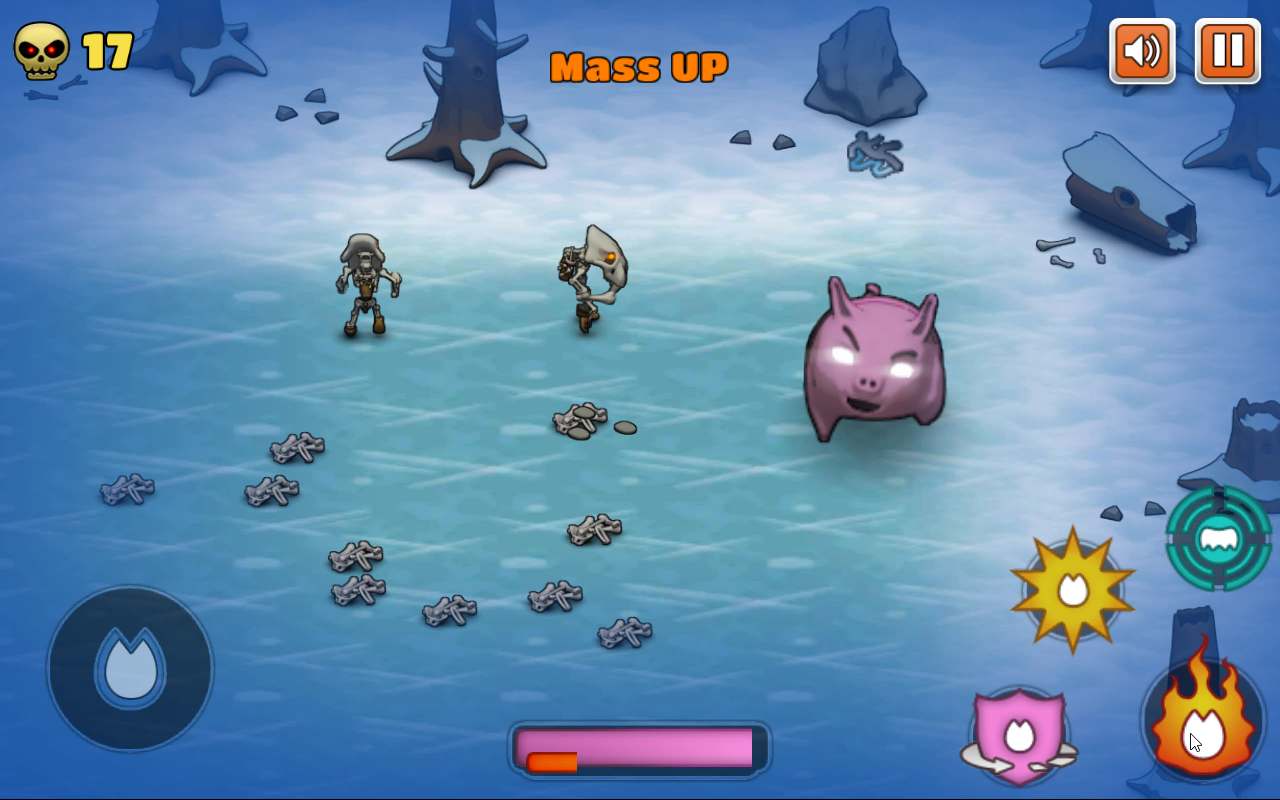 Now storylines aren’t necessarily important for action games. For example check out Double Dragon 2’s misogynistic opener to get an idea. Still, it would be helpful if the story didn’t constantly add more confusion to the unusual mess that is this game.

Each world features the pig traveling through unexplained vortexes to destroy an evil scientist and his creations in a different timeline.

So story aside, what’s important in an action game is the action. This is where Johnny Scraps falls as short as its hero. The game is your standard isometric action title similar to Dungeon Hunter. You control the Pig with the left virtual joystick while attacking with a few well laid out keys to the right.

The Pig is responsive and moves in 8 directions perfectly well. He also attacks when prompted to a degree that never makes the action feel cheap.

What it does feel is boring. There is often repetitive enemies with similar attack patterns. A vortex opens up, three enemies appear, you head butt them,  and they die. Then another vortex opens up and the pattern continues. Repeat this entire process through every level and you reach bosses or harder enemies. 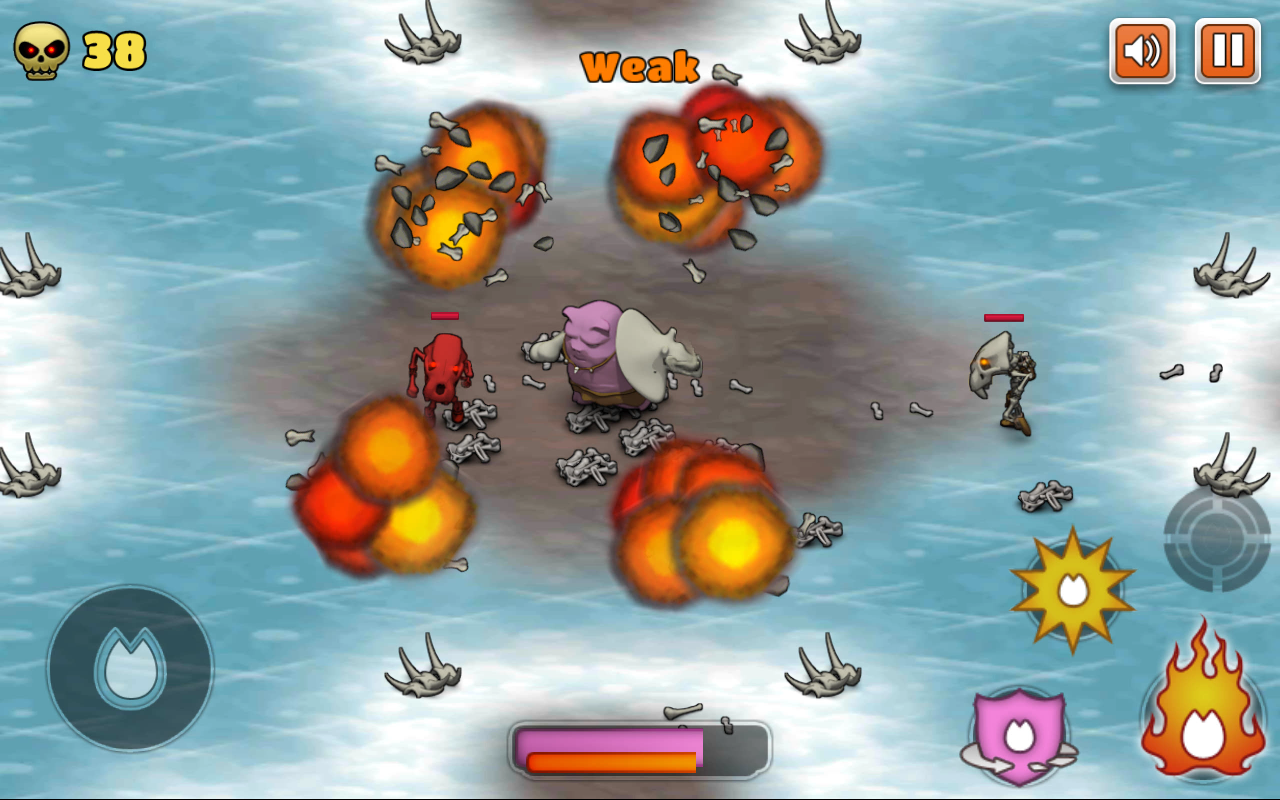 The mundane action is broken up occasionally by entertaining super moves. You can summon Johnny Scraps to throw a bomb at enemies, transform them into ice, or even turn into a massive caveman pig with a triceratops shield. I can’t deny that crushing enemies as a monster pig felt awesome, and I really wished the game featured more of this zany action.

Unfortunately the power ups are brief, and once you return to your original form the boring cycle starts all over again. What makes matters worse is the repetitive nature of the enemies. They don’t attack in colourful waves, and often times they just feature the same character respawning over and over again. The enemy AI is very basic, with creatures constantly walking towards you rather than attempting any kind of strategy.

To try and mix the game up a bit, the creators added a ton of different play modes for each world. You can play through the exact same levels with different attributes. One version has you affected by different weaknesses and strengths, while another has you in constant super power mode. These are a welcome addition, but don’t do enough to inject any life into this title. 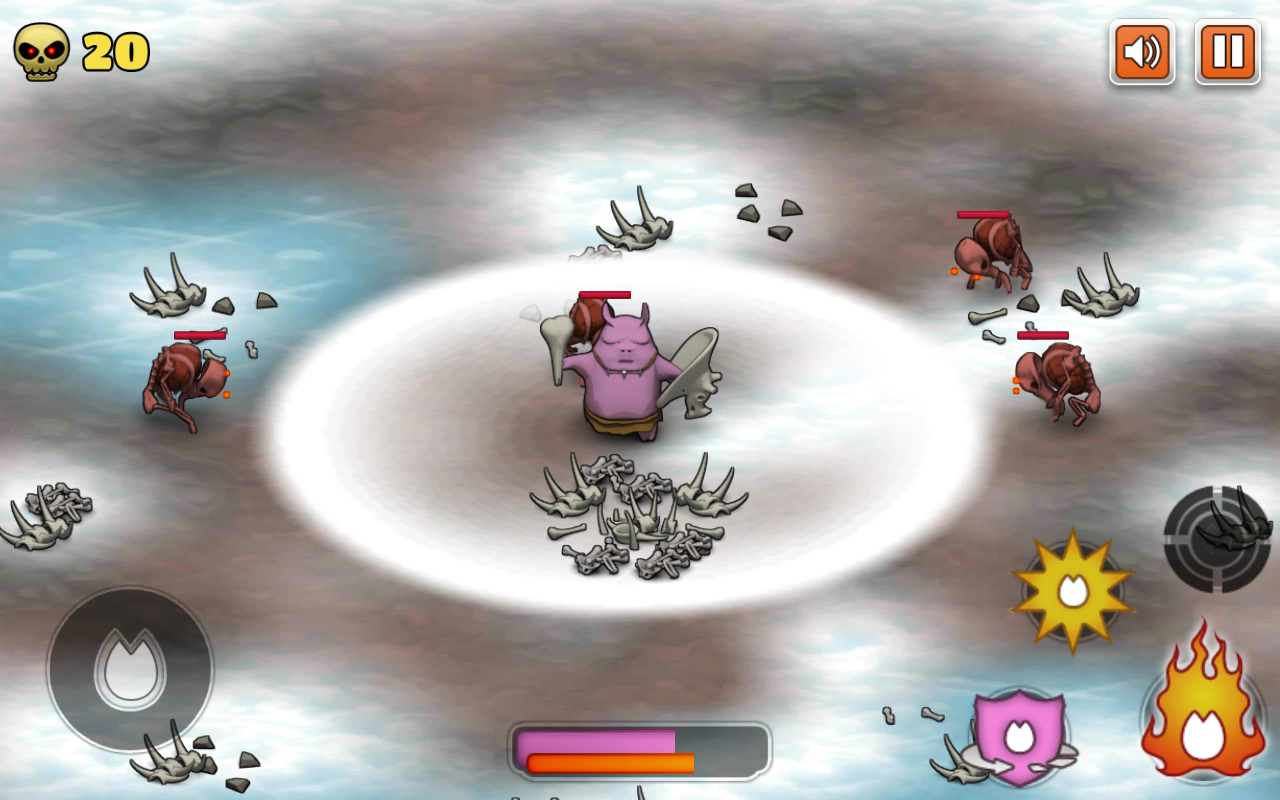 Graphics wise the game does an average job of looking clean. There’s nothing strikingly ugly about the game, but then again there’s nothing memorable either. Even the mascots aren’t anything a child would stab his friend to get his hands on.

The premise is adorable and the characters can be charming, yet Johnny Scraps never does enough to sore. You’ll get bored quickly after smashing the same enemies over and over again. The few moments of excitement present aren’t enough to justify playing through the entire game. Sadly, bacon this ‘aint.