Square Enix is certainly upholding their promise of bringing Dragon Quest games to Android gamers since the company has steadily released titles within that franchise since that original announcement. Today we get another addition to the Dragon Quest franchise and this time it is Dragon Quest V.

So what is in store for you in this new game? Players will be thrust into the story about a family of heroes which spans across three generations. You will be following the story  through all three generations which means you will be completing the quests that they go on as well as partake is all the good and bad experiences the family goes through. 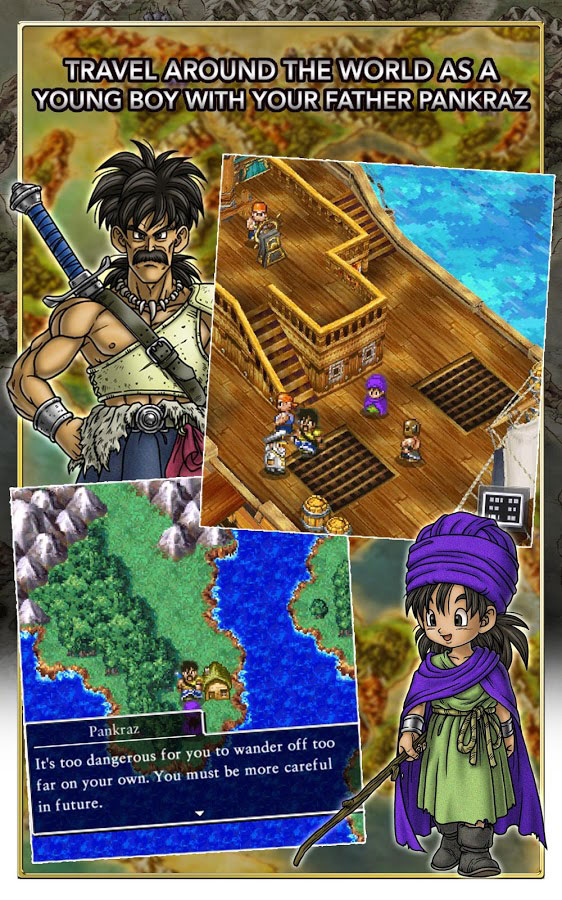 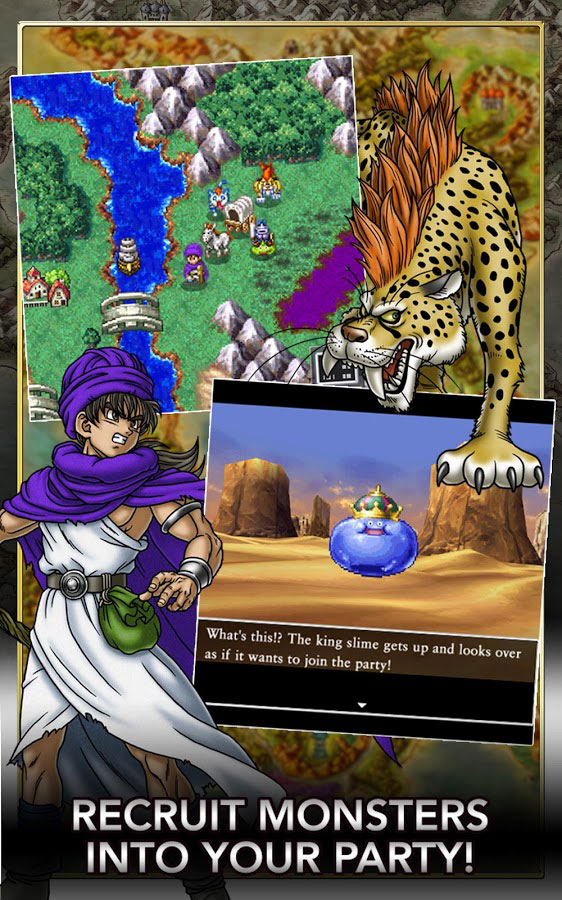 In terms of game features, Square Enix posted a rather large list of them. So instead of posting them like we usually do, we will go through them instead. When you are fighting monsters in the game, you have the ability to make them your friends at one point during the fight. If you succeed in doing this, the monsters you have as friends will actually grant you access to unique spells and abilities for you to use. Another interesting feature is the ability to talk freely with whatever characters you have in your party at any given time. Most of the time it is just idle chit chat but something they can give you advice in combat. 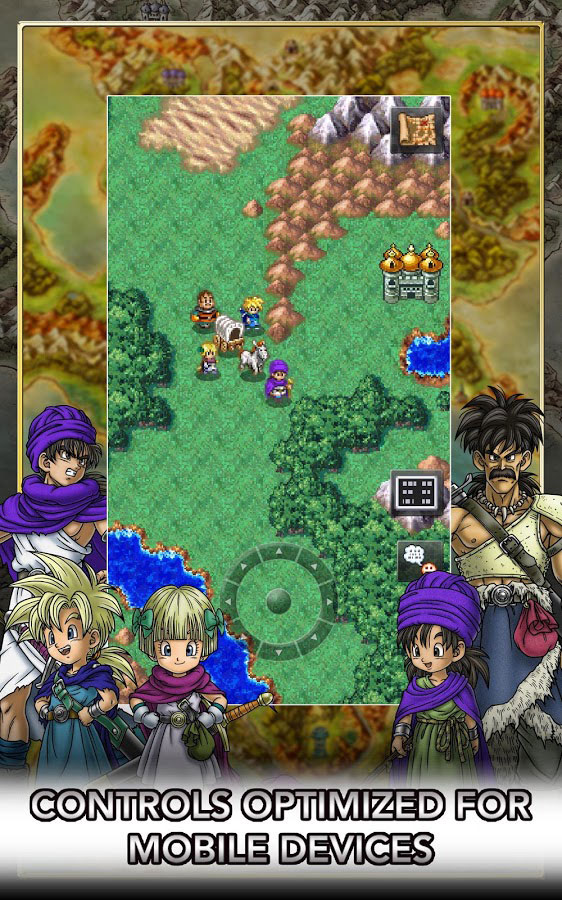 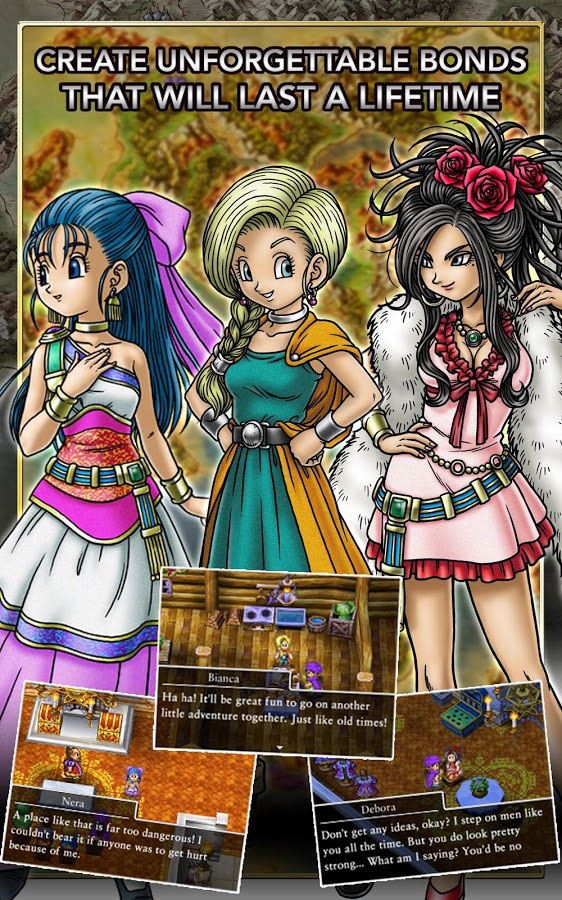 When in town, you have the ability to rotate your view 360 degrees, allowing you to see everything better that is around you. Speaking of towns and things to do, if you want to take a break from fighting monsters and completing quests, you can hit up the casino. There are slot machines, poker, and a monster arena to place bets on and earn tokens which can be exchanged for some pretty useful items. If you’re familiar with the Nintendo DS version of Dragon Quest V, you will be happy to know that the Bruise the Ooze mini-game is also in this version. There’s actually a lot of mini-games in this title.

For those of you looking to grab Dragon Quest V, you can do so now off of Google Play. Square Enix pricing applies to this title so downloading a copy will set you back $14.99.