Once again it is time for another installment into our Fun Fridays series and this week we have some pretty cool video game related things to check out like always. This week we have everything from a life-size Pac-Man game to a tiny Minecraft: Pocket Edition themed stylus and some cool things in between. So sit back, drink some morning coffee, and check out these cool video gaming related things.

Every year when the Super Bowl comes around companies like to drop millions of dollars on ads. 99% of the time these ads are either really cool to watch or bloody hilarious. Either way it is usually a pretty fun time just watching the Super Bowl ads. This ad is definitely cool and I would totally be up for doing this if it actually existed. It is a 90-second ad entitled “Coin” where a guy and his buddies drop a massive quarter into a slot on the side of a road. This makes them enter into what looks like a life-sized neon Pac-Man rave and it looks like a lot of fun.

Moving on from something big like a life-size Pac-Man game to something very small. ThinkGeek is an online store for those of you who enjoy products relating to all things geek-ish. This, of course, includes video games and while there are plenty of Minecraft-themed toys already out, this one is actually a functioning stylus that takes the shape of a Minecraft Pickaxe. 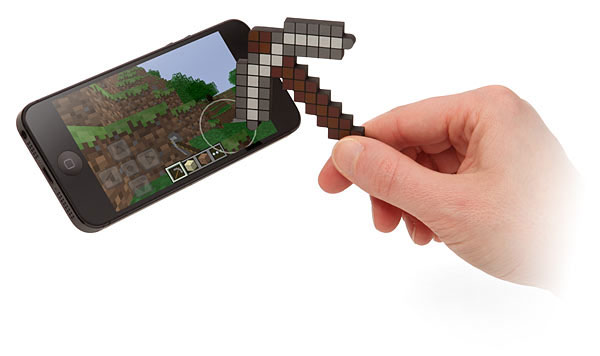 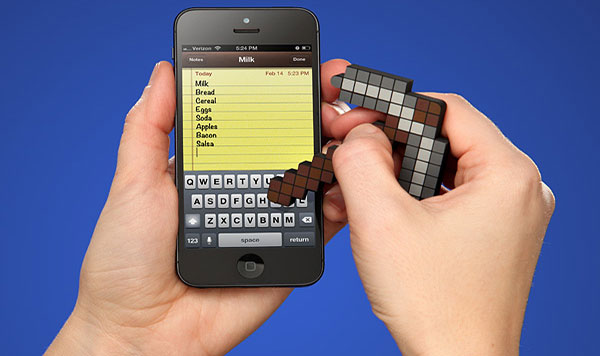 This Pickaxe works with pretty much any touchscreen device and is definitely something you Minecraft: Pocket Edition fans might want to check out to show off your addiction to the game. It is also currently on sale for $11.99. While you’re at it, you can also pick up some other cool video game related goodies over at ThinkGeek like the stack-able Tetris LED Desk Lamp. Each block lights up when you stack it onto one that is already lit.

Borderlands has been ported over to the Playstation 4 and Xbox One and will be arriving soon for both platforms. There are a few ‘editions’ of this game, one of which is the normal edition for $60 and will be arriving March 24th, 2015. This edition comes with improved graphics, cross-platform saved games and four-way split-screen cooperative action. However the Claptrap-in-a-box Edition is the one we are going to look at. Not because it costs $399 but because you get a functioning robot with it. 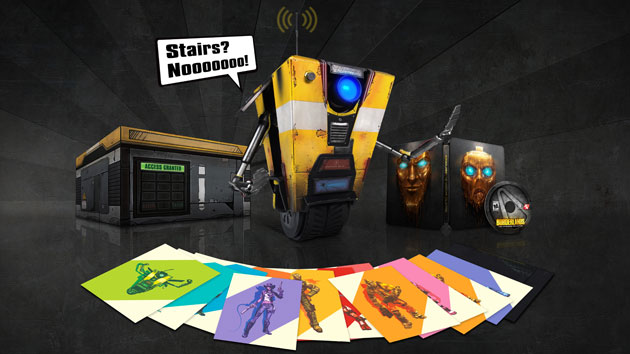 Buying the Claptrap-in-a-box Edition of Borderlands will net you some pretty cool items but nothing compares to the miniture Claptrap robot that comes with it. It is equipped with a camera and can be controlled with your Android or iOS device. The camera being there so you can see in first-person where you are going on your Android device. There will only be 5,000 of these available though so if you plan to get one, we suggest not waiting too long.

Last, but certainly not least, for those of you making a man cave, you might want to consider what this one person did when building a bar for their video game man cave. They made the beer taps out of game controllers from all the Nintendo consoles that have ever been released. 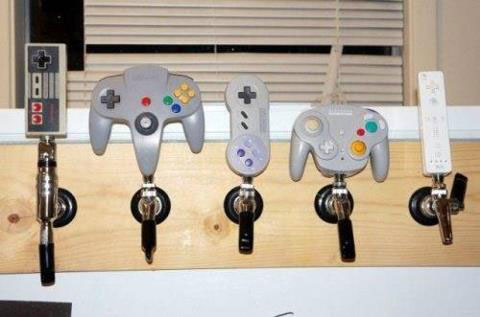 Found something cool or funny that is video game related? Let us know about it and we will include it in the next edition of Fun Fridays.