The sequel to the popular Gunman Clive game lands on the Nintendo 3DS this week and while that is all great and dandy for those of you who own a 3DS, it isn’t that great for everyone else in the mobile gaming world who enjoyed the first game. However it looks like there is a silver lining to the cloud that is Gunman Clive 2 as the developer Bertil Hoerberg has mentioned that he has plans to port the sequel to other platforms although this isn’t 100% confirmed yet. In other words he wants to, he plans on it, but things could change.

If you aren’t familiar with this game, Gunman Clive (and its sequel) are side-scrolling arcade shooters with a Western theme to them. The original game has a pretty unique art style to it and it looks like this sequel doesn’t stray too far from that style. In terms of storyline, Gunman Clive 2 has Clive returning to his dirty shanty town to find it, once again, overrun with bandits. In order to stop this for continuing, and happening again, Clive chases the bandits down across the world through different locations. 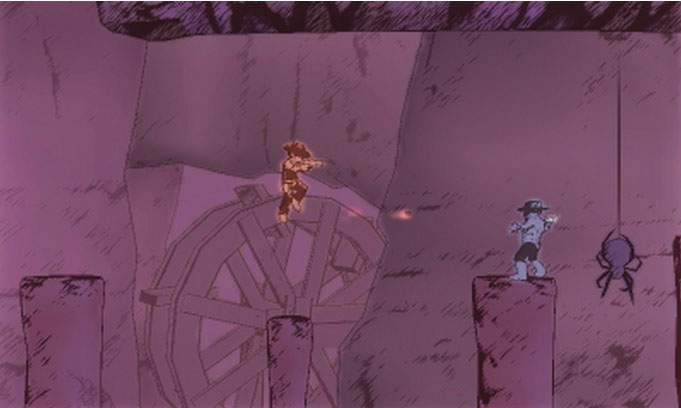 While the art style is close to the original, Gunman Clive 2 will actually have more color to it than the original as well as more locations. There’s also bigger bosses that you’ll need to take down along the way. Of course there will be plenty of new enemies to deal with as well.

Hopefully Hoerberg goes through with porting Gunman Clive 2 to Android as the first game was pretty fun. We will post an update once we get a confirmation that it will, indeed, be coming to Android.