NHL Target Smash falls somewhere in between them. It’s licensed by the NHL, giving you a great roster of official jerseys and teams to choose from. The super stars aren’t here, but seeing your own name on your favorite jersey more than makes up for it. 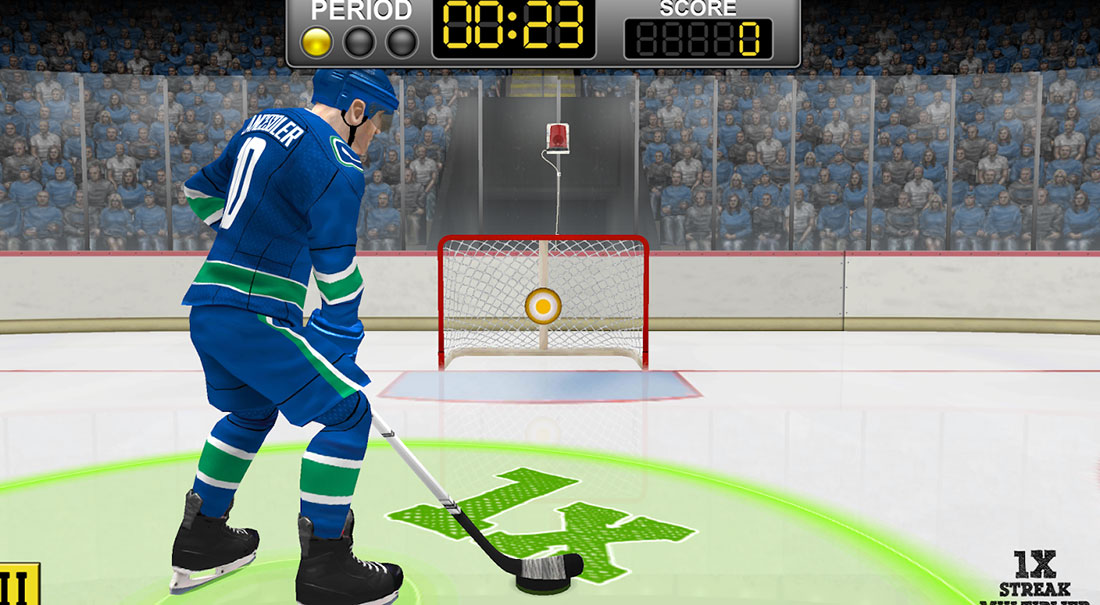 You start by picking your favorite team and then creating a player. There’s not a lot to pick from in terms of variety, with only four color pallets to choose from. After you name your super star you’re ready to jump in head first into the action.

The gameplay is simple: swipe your finger forward to try and hit targets in an all-star skills style of play. There’s small targets in different places of the net which can help rack up points. Hitting the targets is the key to racking up multiplier points. You can swipe quickly to do burst shots which is helpful when you’re on a timer. Finally there’s the slap shot, achieved by flicking the puck down then up.

Once training is over you start playing other teams. As the levels get harder, goalies and players start to join the fray. Eventually elemental dangers start to take hold and ice can cover the coveted targets. 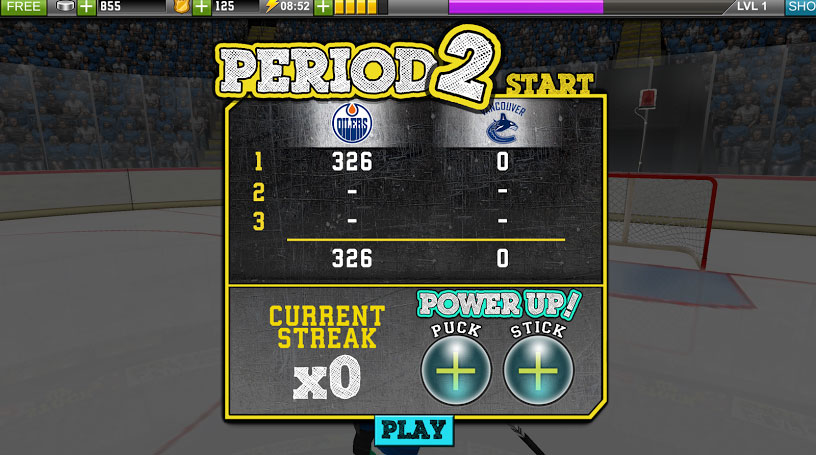 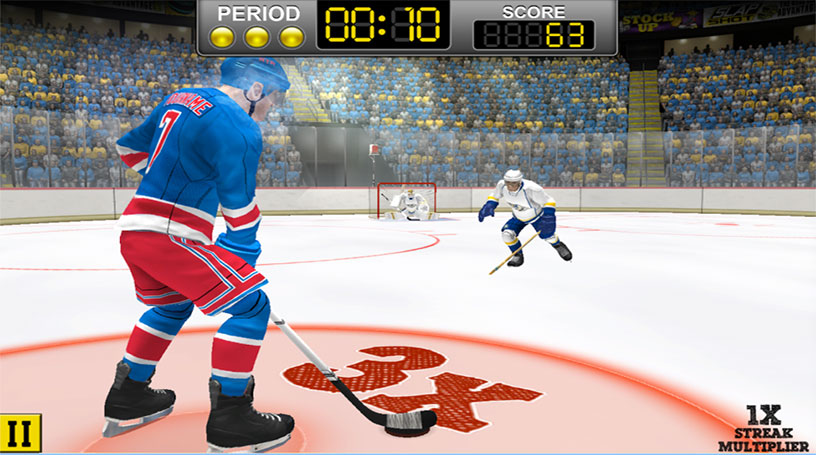 The game is simple and that’s a good thing. The skills competition doesn’t require a lot of skill, and you’ll feel like a super star after only a few attempts. This isn’t a game you’ll be rushing to the bathroom at work to play. You can enjoy it for a few minutes on the bus and put it down.

The graphics are in the mid range of 3D games. Never truly excelling to Gameloft’s levels but certainly satisfying enough to entertain you. Then there’s the sound effects that seem to have taken a page straight out of NBA Jam. After three successful goals in a row your puck will burst into flames as the announcer screams “he’s on fire!”.

Unfortunately like most freemium games, it’s loaded with cash required purchases. You can buy different sticks and pucks, as well as stamina juice and shields. I never felt any grinding urge to spend real money on trivial accessories. The game is easy enough to pick up and play. However, making it through an entire season might require you to put in some extra effort. 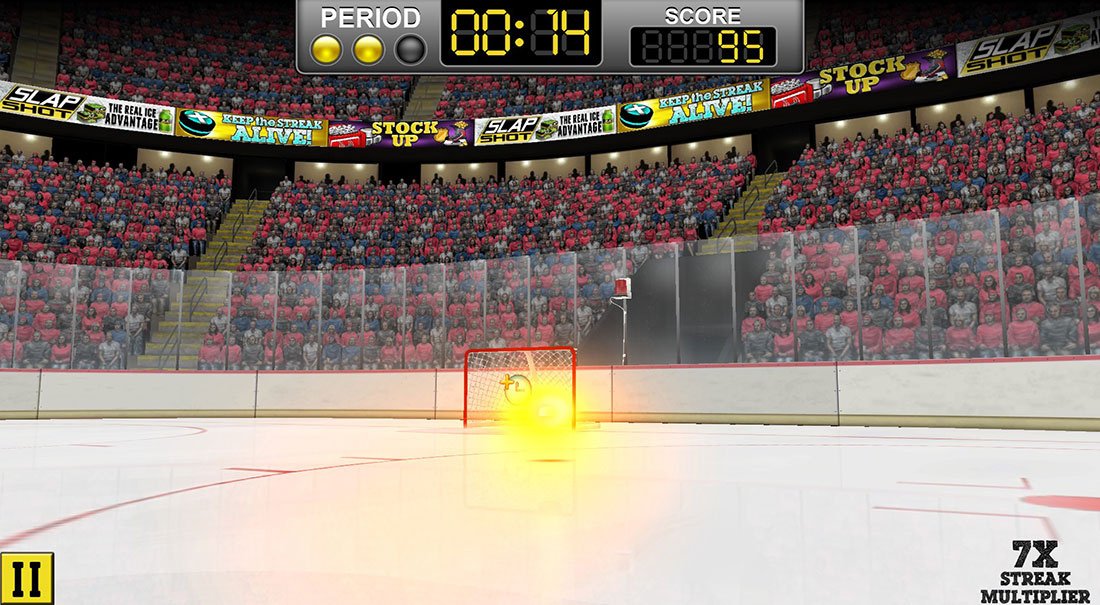 Finally there’s the multiplayer options which consist of leader boards, message boards, and missions. They’re a nice touch but they never really pulled me into competitive gameplay as they were intended.

For a game about target practice NHL Target Smash< hits the mark. It’s a satisfying arcade hockey game, with a surprising amount of depth for such a simple premise. It won’t be something you dedicate a lot of time towards, but what little you do you’ll enjoy. If nothing else, maybe it’ll be one less reason you smash your phone on the ground when your team loses that big game.