There is a lot of talk lately that Rovio is having a less then stellar time right now with revenue. Many sites including ours have reported on it and it is basically due to the fact that you can only do so much with a franchise like Angry Birds before it gets tired and old. The company has relied so heavily on that franchise that it is now seeing less money than it has in some time. Of course they are still making a lot of money, just not as much as they used to make.

Update: April 9th, 2015 9:25am PST: Sky Punks has glided onto Google Play this morning and can be downloaded through the new link at the bottom of this article for free. We have also added the game’s official trailer as well below so you can see what it looks like in action.

Quick Update: January 30th, 2015 2:39pm PST: Thanks to the devs leaving us a comment to let us know that the vehicles in the game are actually called GlideWings.

Currently Rovio is soft launching two new Angry Birds games on iOS in Canada, Angry Birds Fight! and Angry Birds Stella POP!, which we will get into in another article. However it looks like Rovio is finally going to do something different again that isn’t Angry Birds related through their third-party publishing label Rovio Stars. Their new game is called Sky Punks and it too is currently in a soft launch on iOS in Canada but is confirmed to be coming to Android as well. 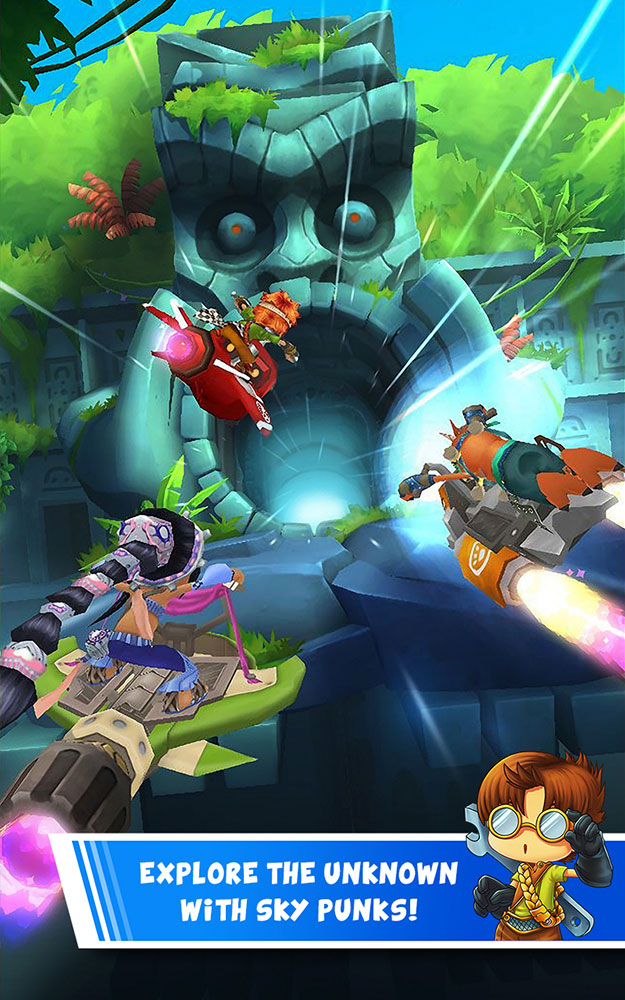 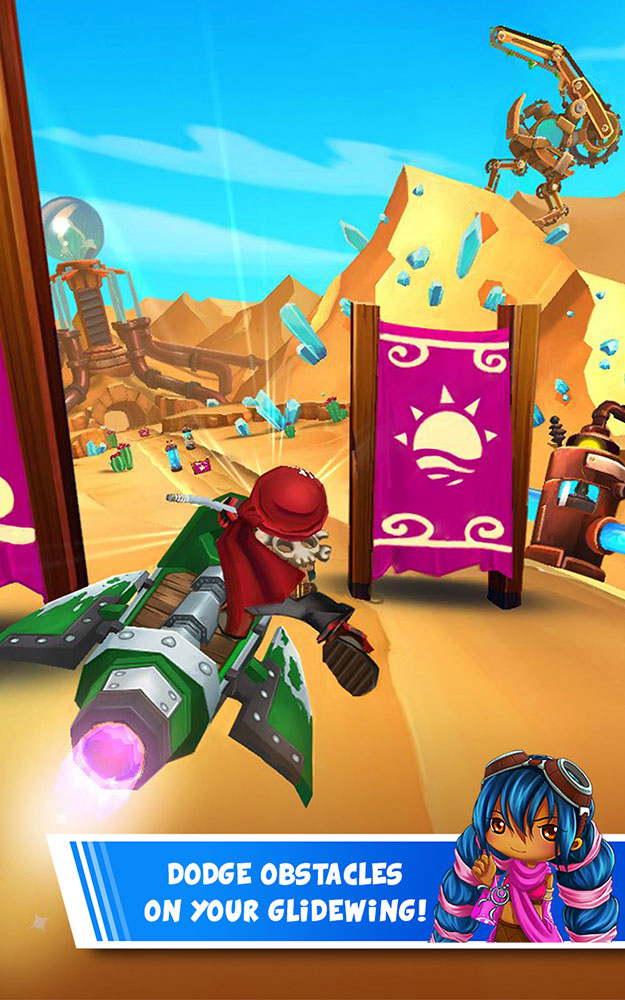 Sky Punks is an ‘endless adventure’ where players will be riding hover bike style of vehicles across a variety of landscapes on a planet called Neo Terra. As the game’s name suggests, you will be playing as one of the sky punks in the game. If you are thinking to yourself that this sounds suspiciously like an endless runner style of game, then you would be right. You will pick which Sky Punk you want to play, as well as which ‘bike’ you want to use, and then off you go zooming around to pick up various collectibles and complete different objectives assigned to you.

Along the way you will be able to unlock new Sky Punks to play as and new GlideBikes to ride on. Of course these can also be unlocked through the use of IAPs. However there are some interesting features to this game. For example, each Sky Punk has their own set of unique stats and abilities to use to your advantage. However, if you unlock an entire ‘team’ of Sky Punks, there are also team abilities that affect that predesignated group of characters with specific bonuses. 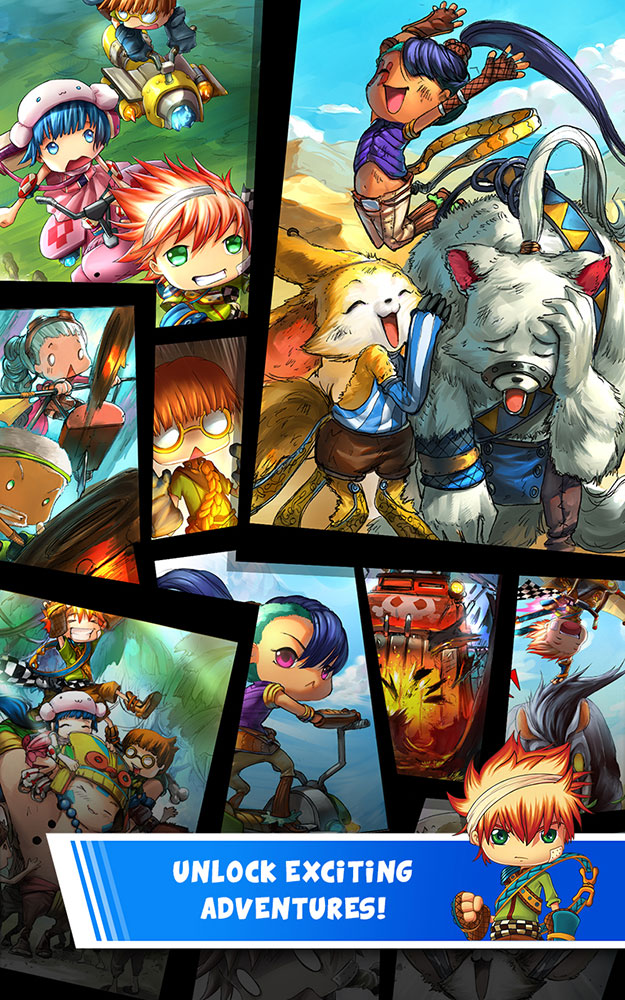 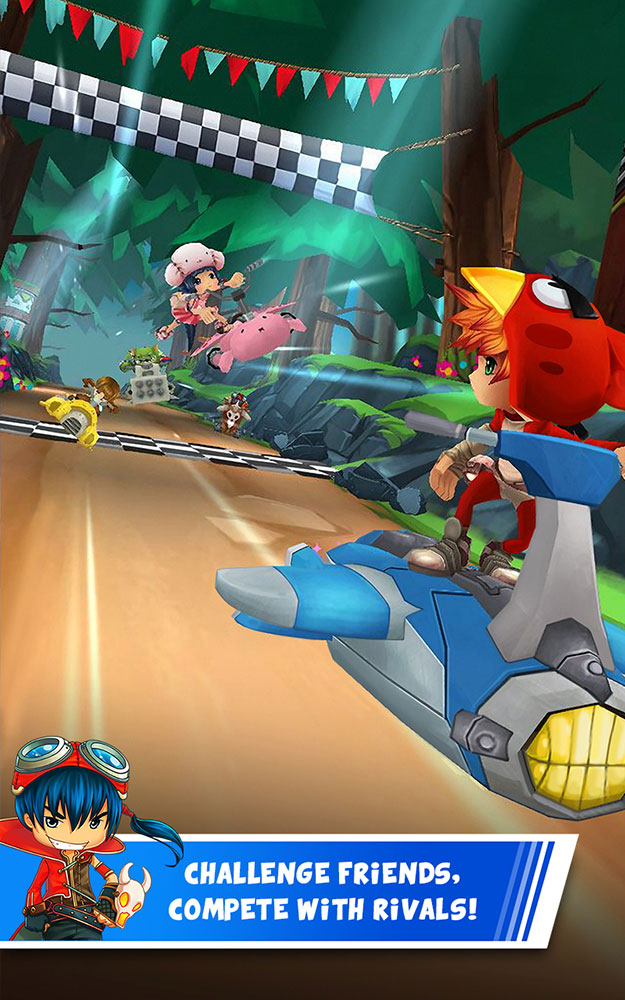 Sky Punks can be customized with different outfits and GlideBikes as well, most of which can be unlocked through playing the game. Some ‘special edition’ custom sets are IAP-only though. Unfortunately no word as to when Sky Punks will leave its soft launch and go global on Android.

Thanks to Jerry C. for the tip!