If you happen to be a part of the closed beta for the upcoming The Witcher Battle Arena game, then you may have already received this email moments ago. However, if you haven’t then let this serve as a sort of PSA regarding the closed beta and that it will be ending in a few days, November 24th, 2014 to be exact.

Update: January 30th, 2015 11:54am PST: Just a quick update in case you didn’t know, The Witcher Battle Arena was released onto Google Play right on time. We’ve added the link to Google Play below.

Update: January 19th, 2015 11:49am PST: The Witcher Battle Arena is officially coming January 22nd, 2015. We will post a full article once it is released. We will have a hands-on preview coming soon though. 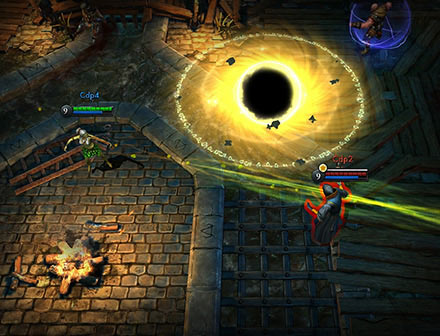 For those of you who were a part of this closed beta, as a thank you for participating in it you will be receiving a custom limited edition skin for one of your heroes when the game is officially launched. Exact details regarding how to retrieve your new custom skin will be sent to you at a later date closer to the game’s release.

As for when that will actually happen, we don’t have any specific release date as of yet. So enjoy the closed beta while you can.