Amazon’s Appstore has a pretty good game up today for their daily Free App Of The Day feature. Today it is Handy Games’ fantasy-themed title called Guns ‘n’ Glory Heroes. The interesting thing about this game, aside from the fact it is fun to play, is that it is the only title in the Guns ‘n’ Glory franchise that isn’t a tower defense game, at least according to the developers. Instead it is labeled as an Action-RPG title.

In reality though, it is still pretty much a tower defense game but more along the lines of the castle siege style with RPG elements layered onto it. Guns ‘n’ Glory Heroes has orcs, dragons, and other nasty monsters invading your land and trying to destroy the castles within it. It is your job to stop this from happening. You will do this by controlling your group of heroes in an attempt to defeat the waves of monsters that come at you. 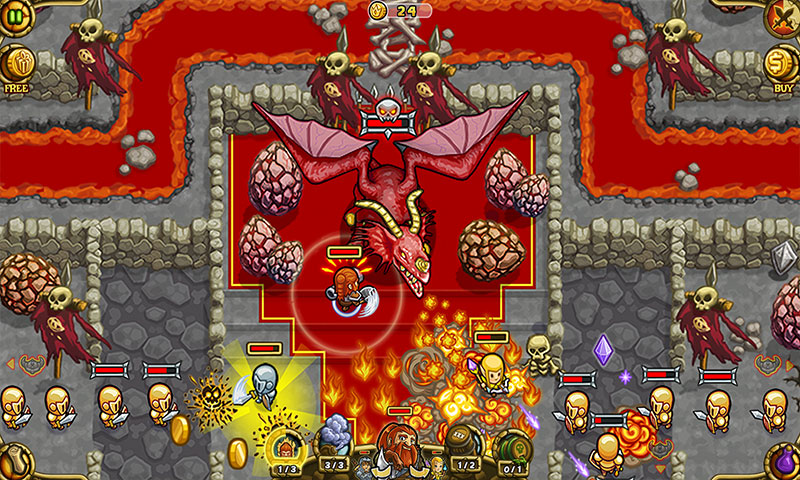 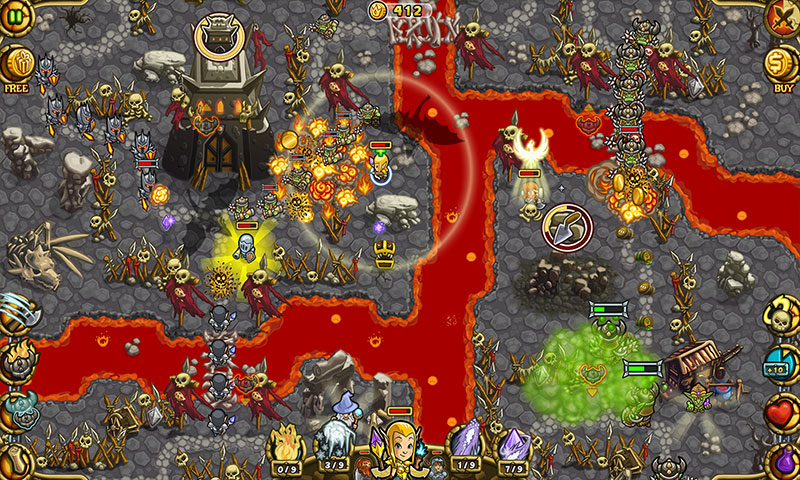 – Fantasy Action RPG game with Elves and Dwarves
– Control your party of heroes in their battle against Orcs
– Use and improve powerful combat abilities
– Journey into forests, swamps and snowy mountains
– Face deadly dragons and dangerous traps
– Improve your equipment and defend mighty castles
– Collect challenging achievements and beat your friends’ scores

You party of heroes consists of Arlon, the Knight of Light, the Dwarven warrior Smirl and Eloa, the Elven wizard. With these heroes and their unique powers, you will attempt to kill every enemy that comes at you. If you pay for this premium version (regular price is $5.99) on a normal day, you would have no ads and an extra 750 coins at your disposal. However, for the rest of today you can pick up Guns ‘n’ Glory Heroes for free off of Amazon’s Appstore and save yourself six bucks.