Handy Games has announced their newest WWII-themed strategy game called 1942 Pacific Front and thankfully we do have some details about this game as well as some screenshots. This game features different locations that are filled with hexagon shaped spaces in which you will move your troops around in. Since this is a WWII-themed game, your units consist of different types of foot soldiers, tanks, airplanes, and even naval military units.

Players will assume control of Allied forces in this game, going up against the Axis powers (Germany, Japan, Italy, etc etc) and when you, for example, land on a beach front, you will need to set up ‘base’ and fortify your position while getting your troops into position. 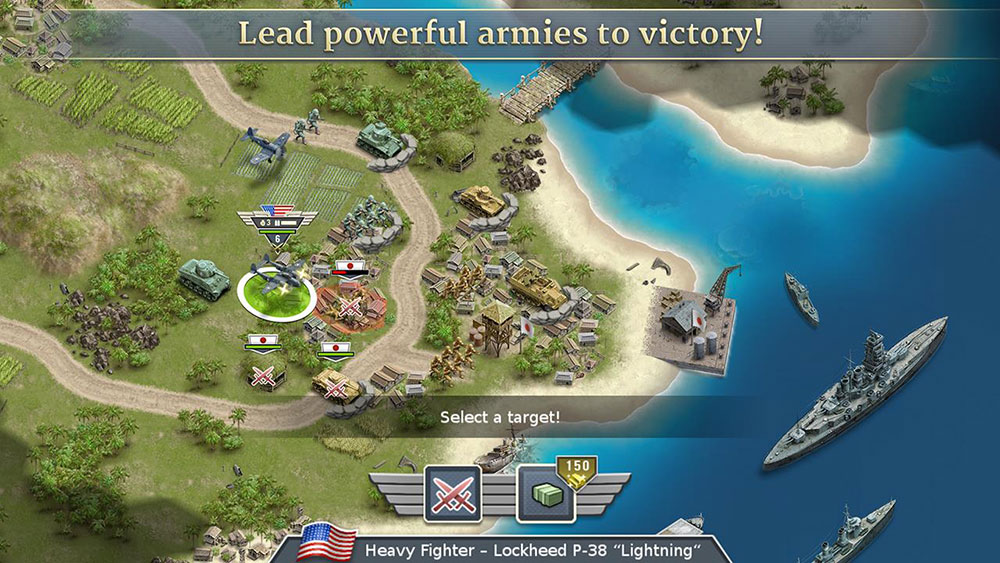 When fortifying your base, you can do various things to help in your defenses such as:

Depending on the squads you have, certain ones have special abilities as well. The Mortar Squad, for example, can hit up to seven targets which makes it great for up close combat with multiple units. They also benefit from no counter-attack from enemy units (due to distance) and no friendly fire issues. So there is plenty of strategy involved in this game. 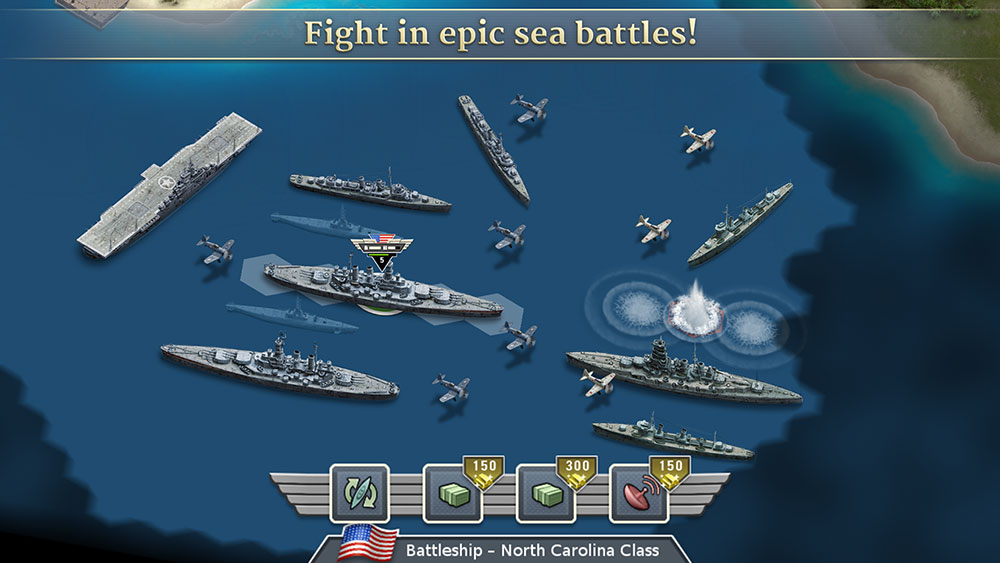 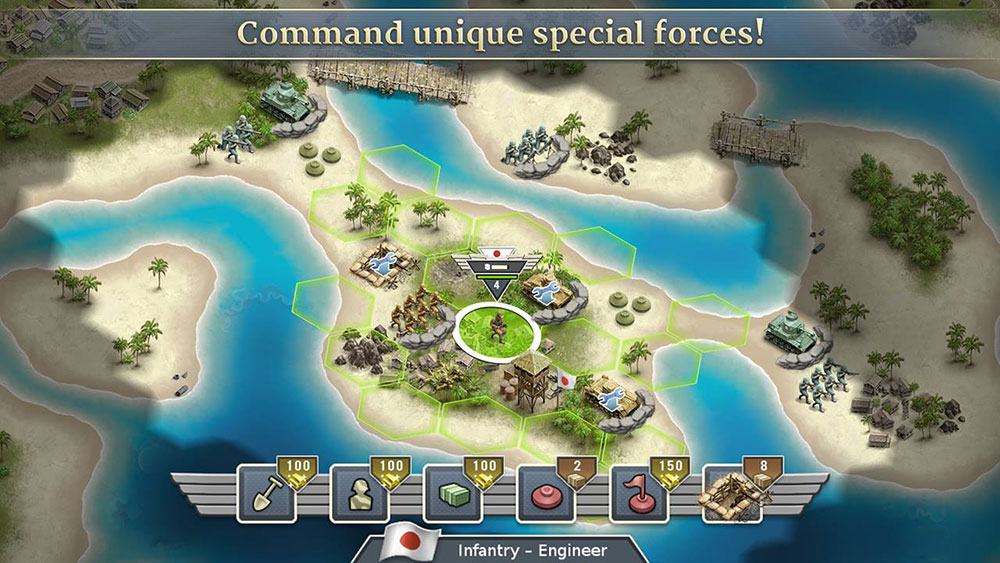 As for when 1942 Pacific Front will be released, there is no specific date as of yet nor is there a price tag for it. Usually Handy Games releases a free full version of their games as well as a premium version which usually means no ads in-game and other perks that you start the game off with. We will post an update as more details are released.