A company called appFigures which deals with metrics regarding mobile apps and games, analyzed the rankings of the games that advertised during the Super Bowl before and after everything was said and done to see what kind of results each game had from blowing that kind of money on a single ad. appFigures did this for both iOS and Android, and even though we only deal with Android here at DroidGamers, it will be interesting to see the results of both.

Game of War got the most downloads of the three for iOS, even succeeding in pushing Clash of Clans down a few slots. However, Clash of Clans must have received a similar number of downloads, as it managed to bounce back. Game of War topped its ascent at 10th (up from 105th) in Top Overall, and Clash of Clans made the move from 42nd to 25th. Finally, Heroes Charge made a brief climb, peaking at 86th in the Games category, which shows some success even though it was not sticky, that it had previously been unable to achieve.

On the Google Play charts, Clash of Clans and Game of War didn’t move much, however the new player, Heroes Charge was able to break into the top charts, both in the Games category and Overall. So far it looks like it’s sticking. Given that the two leaders are…well, leaders, while they were still getting plenty of downloads (which caused them to continue the ascent up the ranks into Tuesday), these weren’t yet enough to push them up immediately following the game. 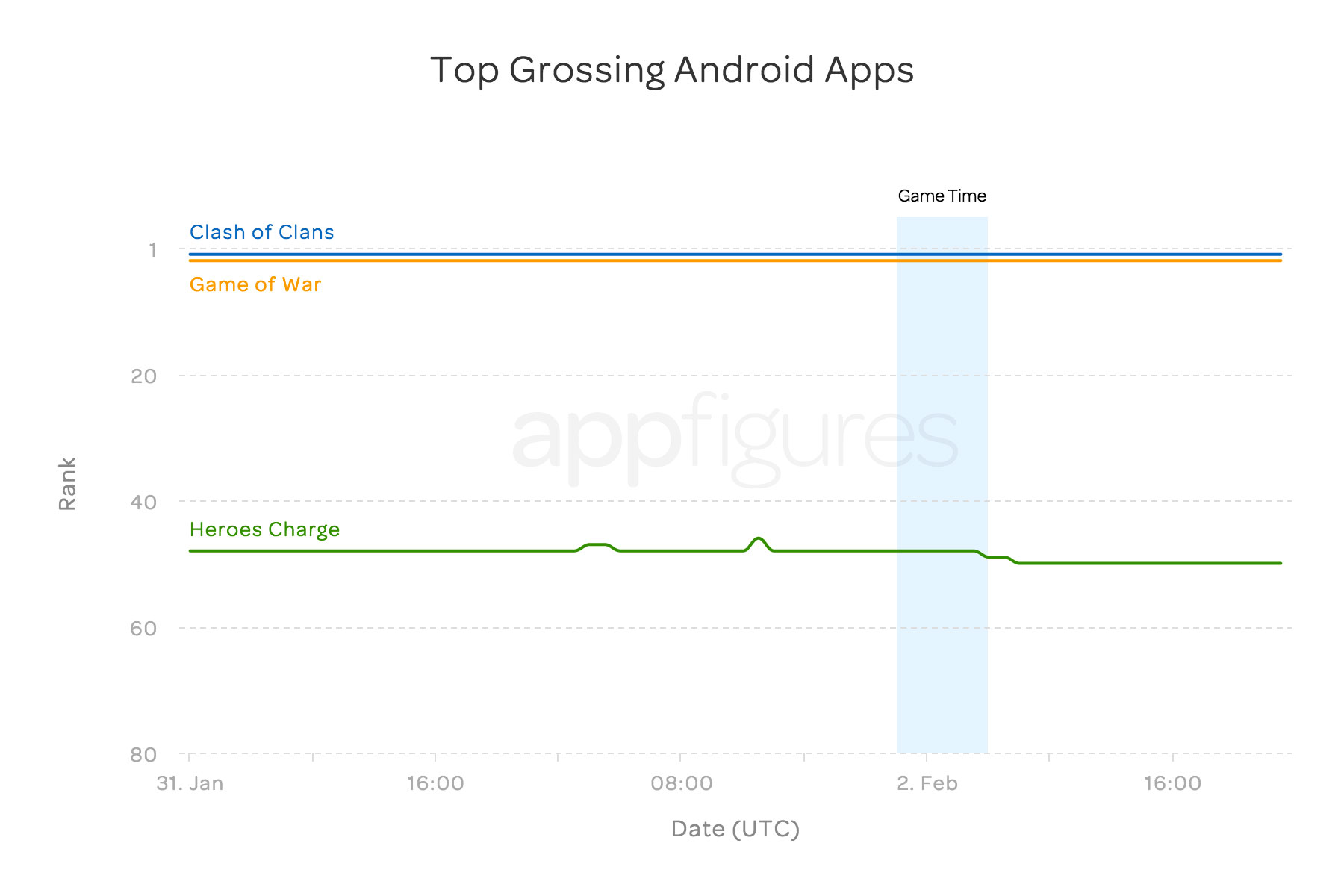 So it seems like for Android the only one to really see anything worthwhile coming from their ad and money spent was Heroes Charge. On iOS it seems all three games got some download numbers. However it seems like only two of those games really saw any benefit, Clash of Clans and Game of War. So overall it seems they all benefited from their ads but on different platforms.

If you are a developer, or just interested in seeing all the details, appFigures has a lot more details available on their site. Do you think it was worth it? Let us know in the comments below.