One Piece Treasure Cruise has players looking for treasure and in doing so, exploring the One Piece world itself. Of course you are not the only one out there on the seas and there are plenty of enemies waiting to stop you from finding any of the treasure. Using the game’s tap controls, you will be able to pull off fast combos to deal bigger damage if you manage to tap the screen at the right time. Otherwise you’ll just do regular damage. 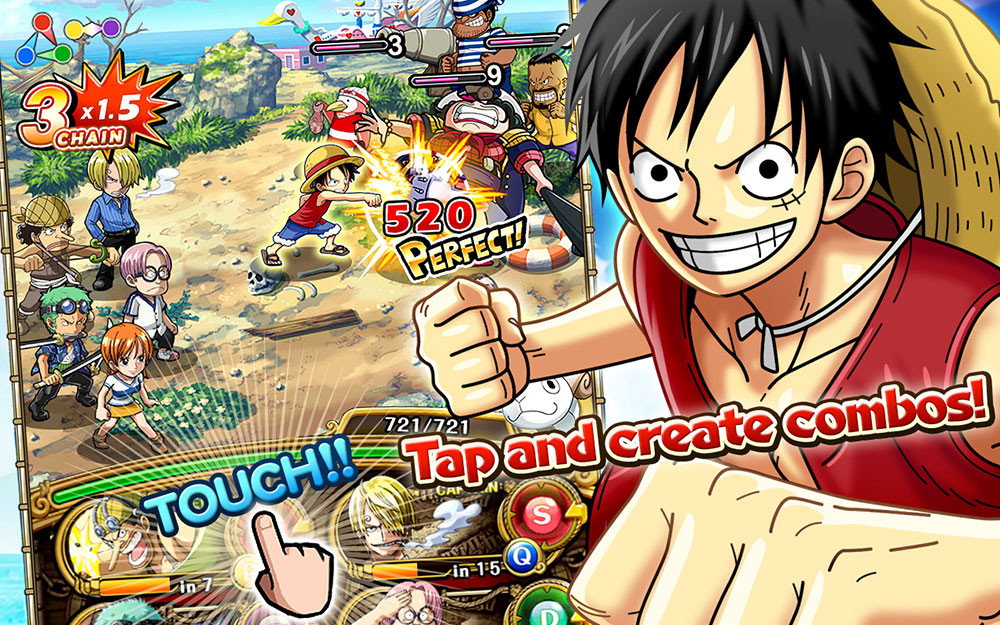 This game features the storyline from the anime as well. Any favorite moment from the anime can be actually seen and experienced in this game. Everything starts in Fushia Village, just like in the anime, where a young Luffy has his fateful encounter with Red-Haired Shanks. As you progress through the game, completing quests and defeating your enemies, more of the actual One Piece story is revealed. This is good if you happen to not be familiar with the anime before playing this game. You won’t be in the dark about everything. 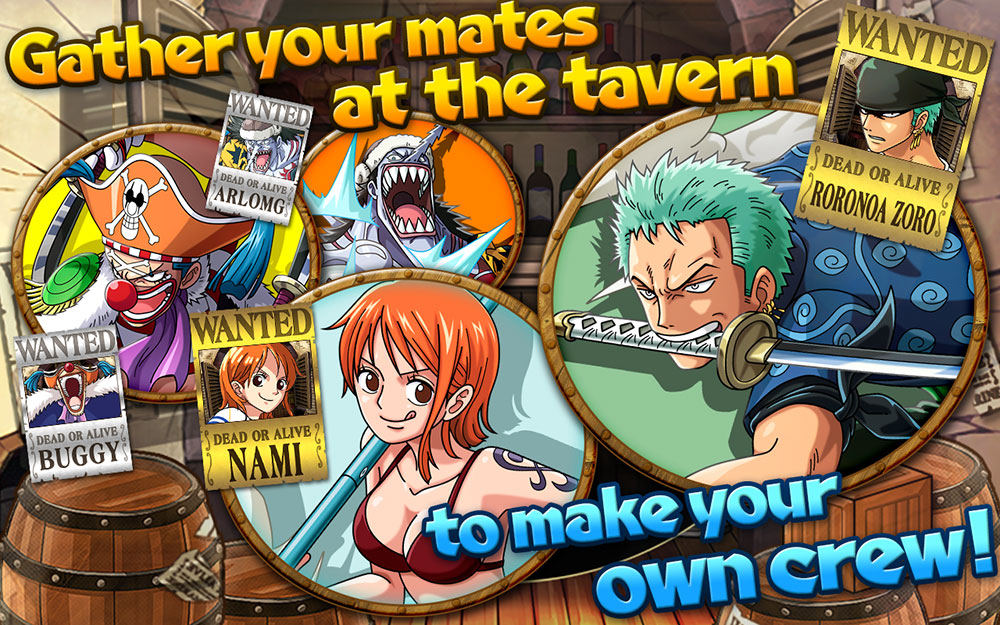 New characters can be recruited along the way as well. Apparently there are a lot of characters to recruit since both major and supporting characters from the anime have been added. Once you have a new member you can begin training them and making them stronger. This goes for all your characters. Depending on which characters you have in your group, you will be able to pull of Tandem attacks as well. These are attacks that have been chained together between certain characters in order to deal a lot of damage.

If you’re a fan of One Piece, or just happen to want to check out a new anime-based game, One Piece Treasure Cruise is available off of Google Play for free and does contain optional IAPs.