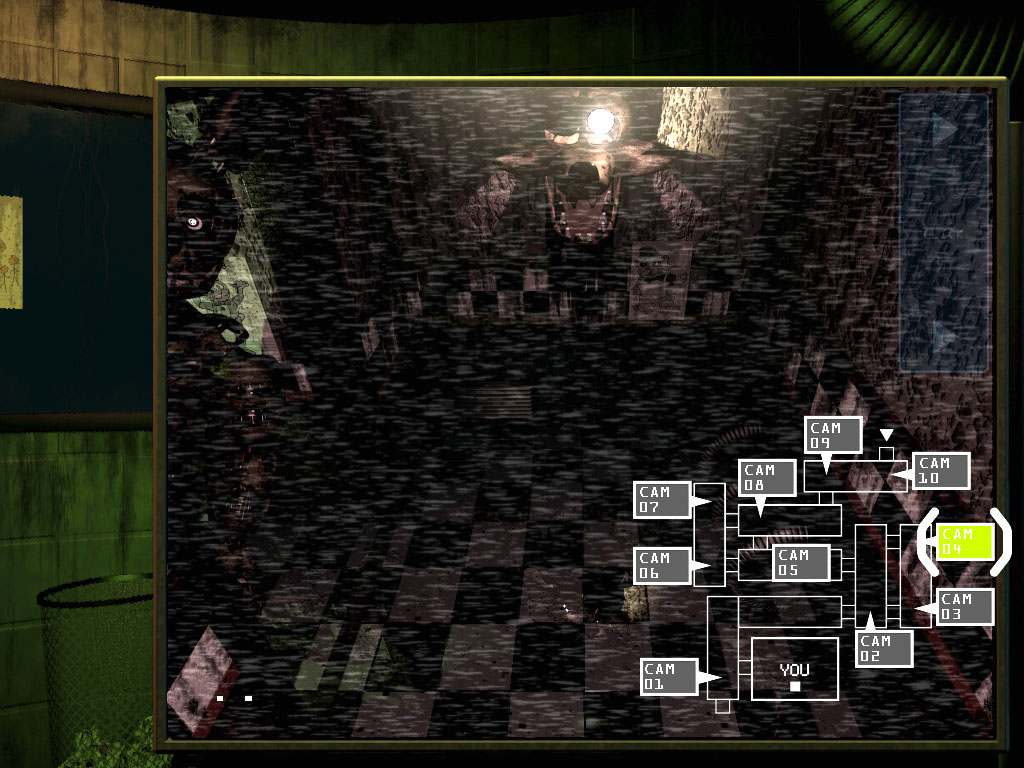 The creepy main room is even creepier.

The game takes place thirty years after the original Freddy’s Fazzbear’s pizza. A group of fan’s have become obsessed with the horrors that took place there years ago, and have built a sinister attraction to relive the experience. 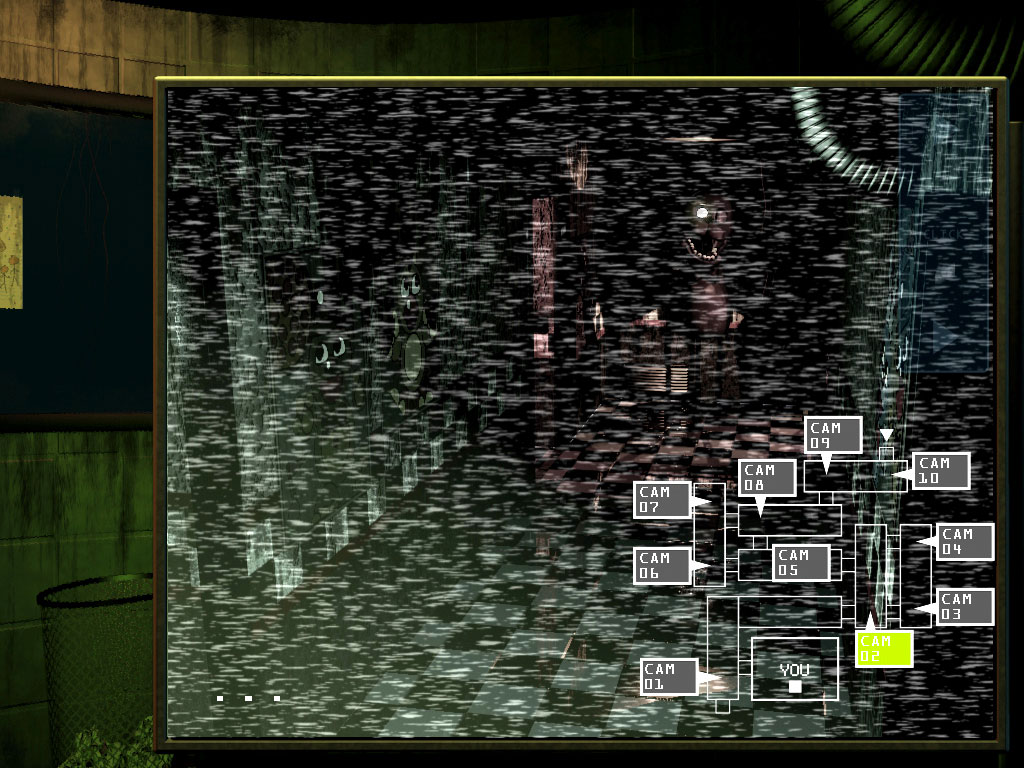 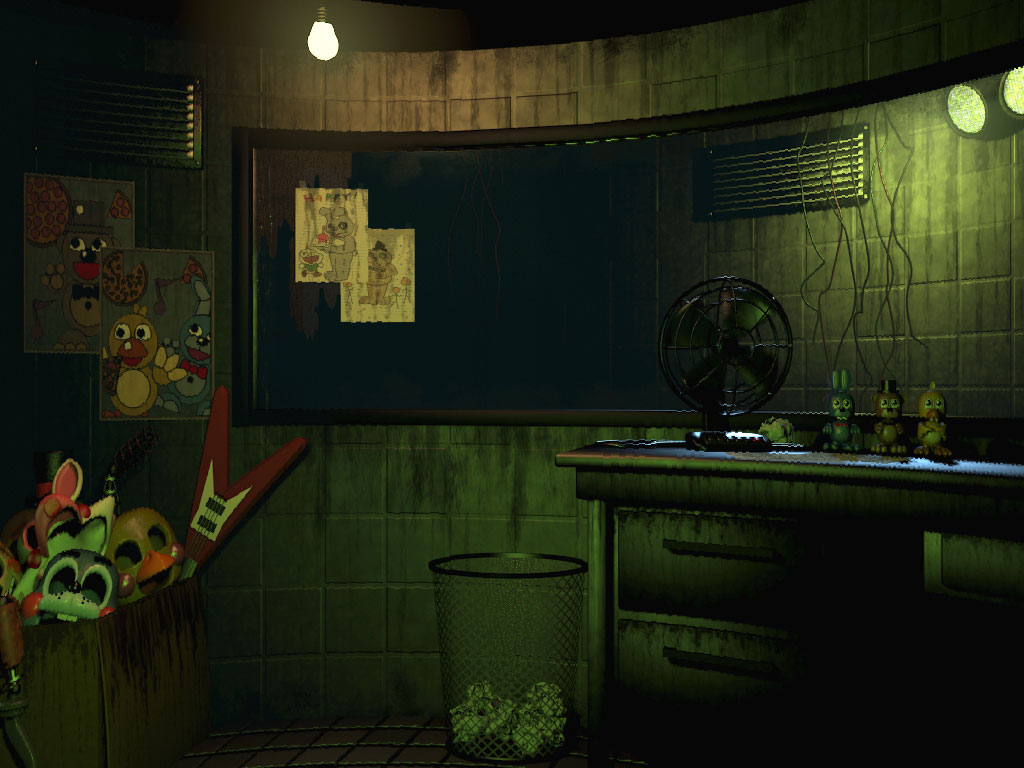 The blurried terror of the original is back in all its squinting glory.

The new setting is called ‘Fazbear’s Fright: The Horror Attraction’. No details have been released yet whether it will feature sliding doors or another safety mask as a feature.

One chilling detail is the introducing of a new character. While still unnamed, the Reddit community has officially called him ‘Golden Bonnie’ or ‘Salvage’. 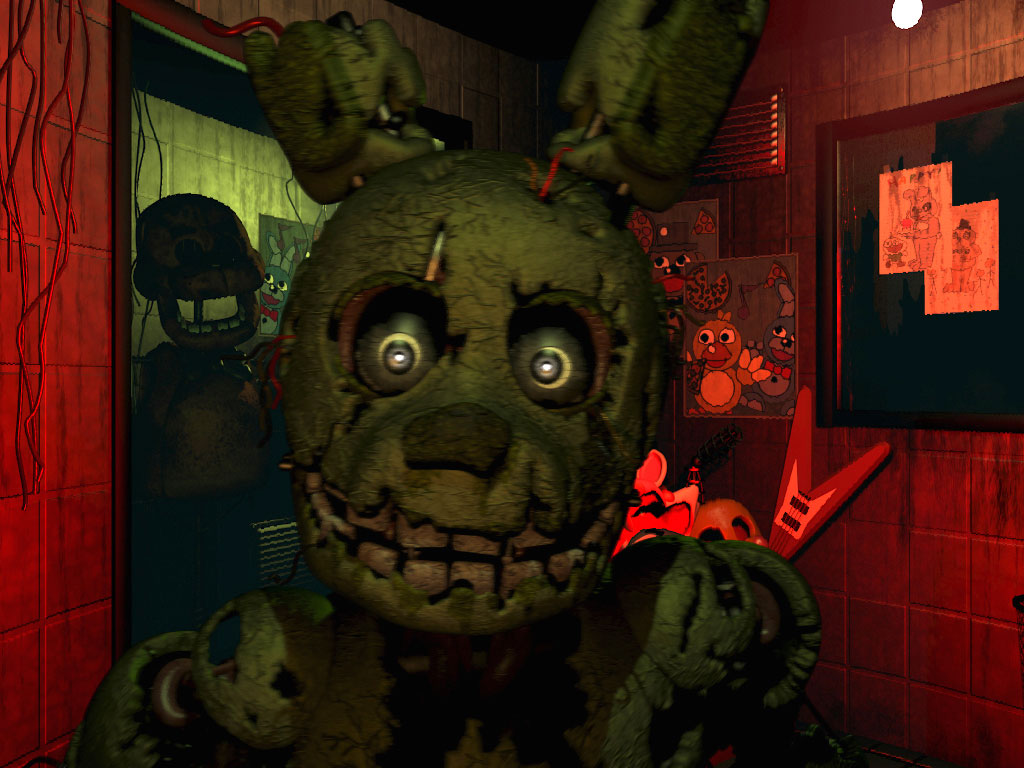 Gives the Donnie Darko rabbit a run for his money.

We will keep an eye on this game’s development and if more details or screenshots are released, we will be posting an update. In the meantime, if you missed the teaser trailer for Five Nights At Freddy’s 3, you can check it out in the video below.