Update: February 12th, 2015 1:46pm PST: Acquire has released Fort Raiders: Smaaash! onto Android right on time. You can pick up a copy of this game off of Google Play for free through the link below.

This game features some pretty solid 2D art in what the developer’s are calling “Japanese art stylings”. Regardless of the name of the style of art, it looks pretty good. The game itself has players building a customizable fort which will be their starting point in their journey to find glory through combat and loot. As you build up your fort, your roaster of troops will expand, offering you new types of units to use.

The storyline of the game is actually a little humorous:

Your warriors and dragon slayers have battled leagues of perilous forces and emerged victorious… only to find themselves incredibly bored with a life of peace! However, legend tells of a mysterious Temple in the Sky where vast riches are guarded by the fabled Dark Dragon of the Apocalypse, and so begins a race to the top for treasure and glory. 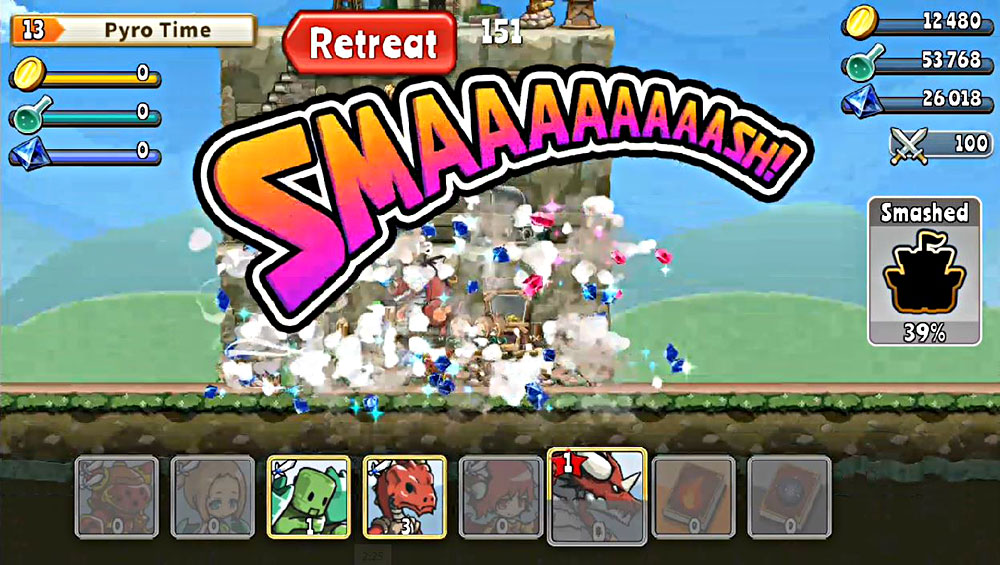 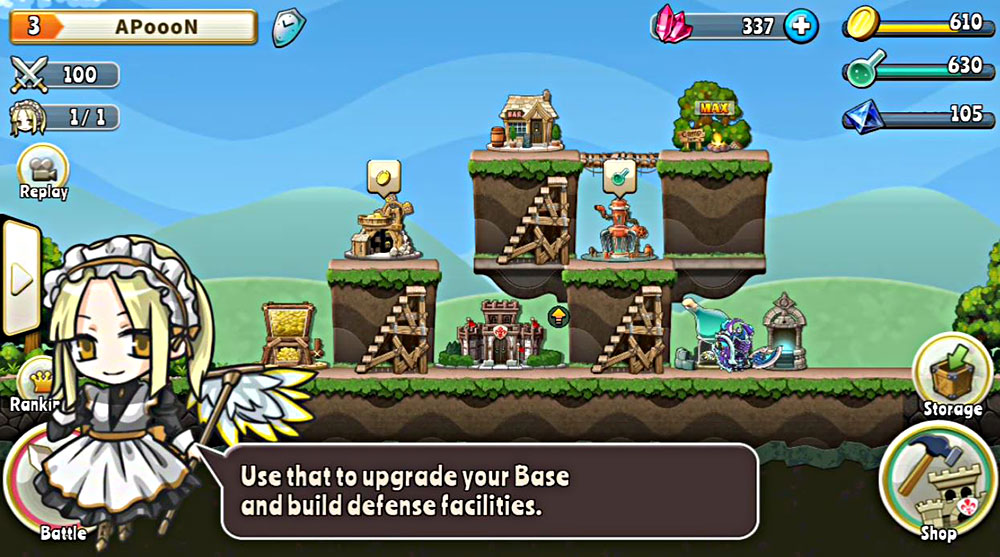 – Build up your fort and fortify it with powerful facilities! Produce and store resources and hire warriors to do your dirty work and protect it.
– Hire warriors and legendary Heroes to raid other’s customizable forts for resources. When you smash up a fort you earn the resources that went into building it; use these resources to further fortify your own fort.
– Raise the level of facilities in your fort to produce more resources, hire more warriors, and gain other benefits. Research warriors at the Academy to turn them into elite warriors with even cooler outfits.
– Discover endless possibilities to build up your customized fortress, and explore thrilling battles with dozens of different heroes taking the field.
– Gameplay basics are easy to grasp, but deep enough to offer hundreds of combinations to shape your own strategies.
– Level up to become the Master Hero that every wandering warrior dreams to be.

While you are out looking for glory and loot, you will also need to defend your own fort from raiders coming to you to seek the very same thing. So unless you are okay with them smashing your fort to bits and stealing all your loot, you’ll want to make sure you have the proper defenses set up in order to stop that from happening.

Fort Raiders Smaaash! will be landing on Android on February 12th, 2015. It will be available for free which means there will most likely be optional IAPs in-game as well. In the meantime, you can check out the official trailer for the game in the video below.