Noodlecake Games is gearing up to release a third game in the ‘Mikey’ franchise this week called Mikey Boots. If you’ve played either of the two previous games (Mikey Shorts and Mikey Hooks) then you probably already have a bit of an idea as to what you should expect with Mikey Boots.

[UPDATE: February 12, 2015- 1:58 AM] Mikey Boots from Noodlecake Studios and Beaver Tap Games, LLC is now available to download in the Play Store. The game cost $1.99 to download. The link to download the game is located at the end of this article.

If you haven’t player any of the Mikey games before, here is basically what Mikey Boots will be. All of the Mikey games are essentially side-scrolling platformers where you are trying to collect coins and accomplish other goals which vary from game to game. For example, in Mikey Shorts you also had to rescue people while running, jumping, and sliding through each level, collecting coins and other things along the way. 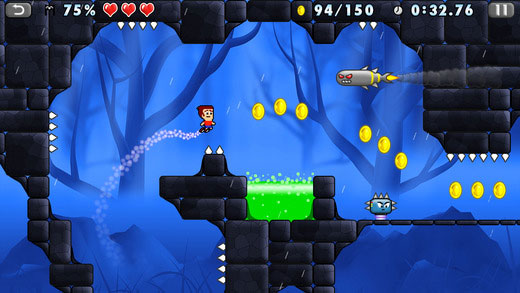 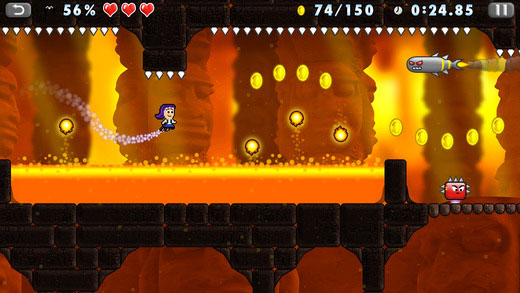 So Mikey Boots will be similar to this except this time Mikey is flying through each level thanks to a pair of boots. If it is identical to the iOS version which is already out, Mikey Boots will have 2 playable characters to play as, 6 unique environments with 42 levels to play through, 230 fun disguises, and achievements to earn.

Mikey Boots is slated for release onto Google Play this Thursday (Feb. 12th, 2015) in order to celebrate the release of another game called Radical on iOS by the same developers.