The Pokemon Company has released an app that lets users customized their Android device with all things Pokemon. In other words, they have released an Home Replacement app that is dedicated to changing the look of your home screen, icons, and other features to reflect your love of the Pokemon world.

The application’s official name is Pokemon Style and it is pretty much just that, an app that brings the ability to customize various aspects of your home screens with Pokemon related goodies. Users will be able to customize different items like your icons, wallpaper, etc etc with custom made sets themed from the Pokemon world. Right now it appears that most of the available themes are actually based off of currently existing merchandise lines of Pokemon from Japanese Pokémon Centers like Nemuri Pikachu and Eevee Mansion. 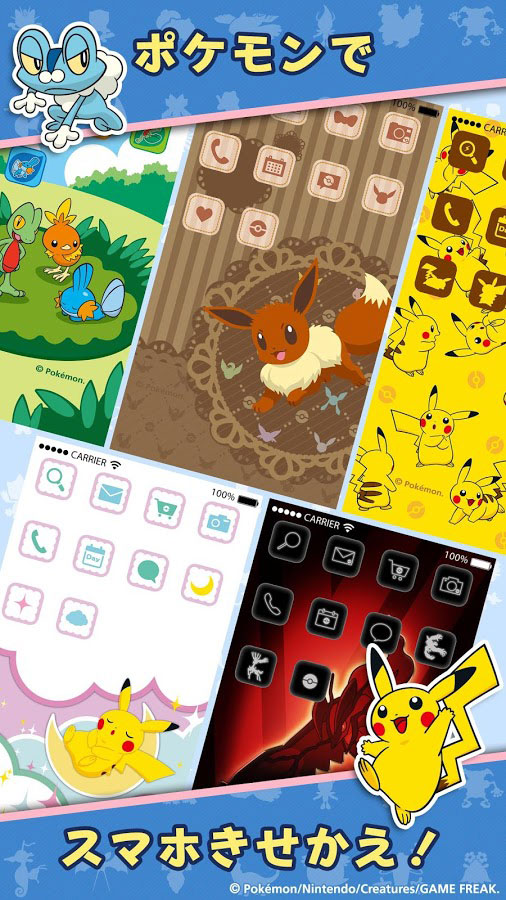 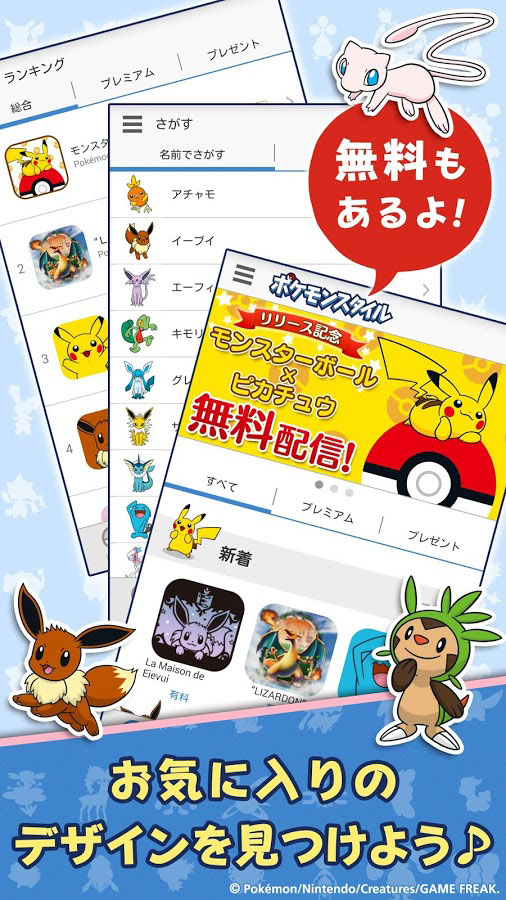 Unfortunately for everyone not living in Japan, we can’t access this lovely Pokemon application unless you’ve rooted your devices and enabled yourself to access location-locked applications and games from Google Play. If you do live in Japan, you can download Pokemon Style off of the Japanese Google Play store for free. No word as to whether or not this will ever make it to the West. If you do manage to download this, or you’re one of our Japanese readers, do share some of the themes available via some screenshots in the comments below.