Crusaders Quest updated with a new chapter – Memories of the North

NHN Entertainment has pushed out an update to Crusaders Quest that brings a whole new chapter to the game called Memories of the North. This new chapter brings with it a whole new map, a new Goddess (The Snow Goddess, Dionne), and a new villain to deal with.

The new villain that you will have to deal with is Nemesis who is looking to harness the Goddesses and their powers for his weapons of war. This is a bad thing and so you need to go out and stop this from actually happening, inevitably saving the world. Since the new Goddess that comes in the chapter is the Snow Goddess Dionne, the world you will be exploring is pretty much entirely the Frozen Tundra. 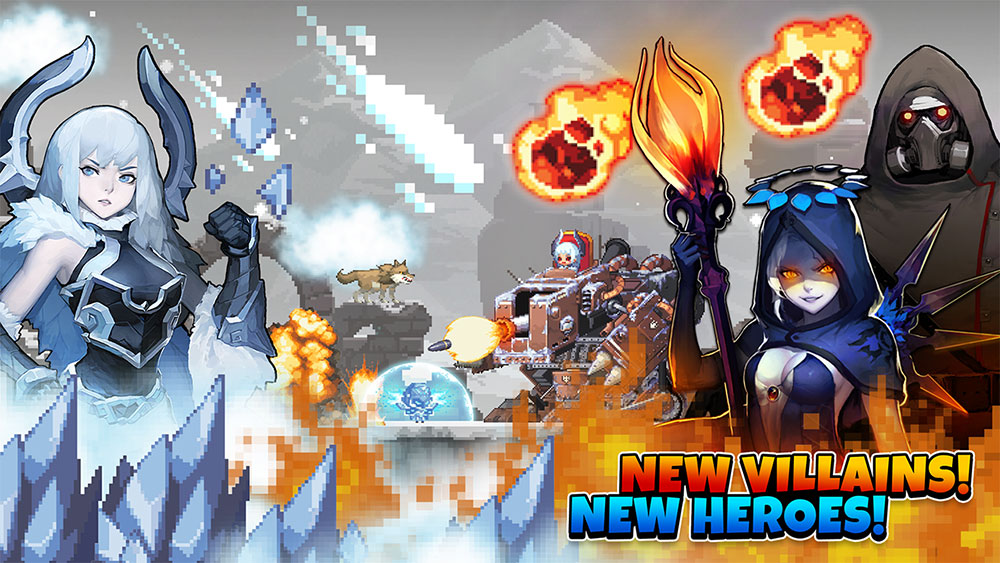 Memories of the North Features:

· Trek across the icy steppes and challenge the denizens of the Frozen Tundra in a new quest: Memories of the North.
· Save the new Snow Goddess, Dionne, from the insidious new villain, Nemesis
· Continue the 16-bit adventure with new allies, new Heroes, and new mechanical tyrants to topple
· A new Weather System! The Goddesses will tell you when a Snow Storm is coming and you’ll need to activate their skills to save your Heroes! If not stopped, Snow Storms can inflict massive damage, so use the powers of all the Goddesses to shield your Heroes from harm!
· New Heroes have joined to aid in your Quest

Since there is a new map, Goddess, and villain added to the game, that means there also happens to be new heroes to use as well. These new heroes also have their own set of unique abilities which you will need to take advantage of if you plan to save Dionne.

This new chapter is available for download now as a new update to Crusaders Quest. The game itself is free to download and does come with IAPs as well.