It appears that Gameloft will be adding a rather interesting feature in the next Asphalt 8 update. The company has begun teasing what looks like custom paint jobs for the cars that are in Asphalt 8. Of course since this is more of a tease than anything else, there are not a whole lot of details as to what exactly this will entail.

If this is custom paint jobs, which is most likely is considering the teaser image Gameloft just posted on Twitter, then this could be a pretty fun feature to tinker around with. However we don’t know right now as to whether the custom pain jobs will be based off of a selection of images, colors, patterns, and so on that will be added to the game with the update, or if players will be able to upload their own designs which would be really fun. 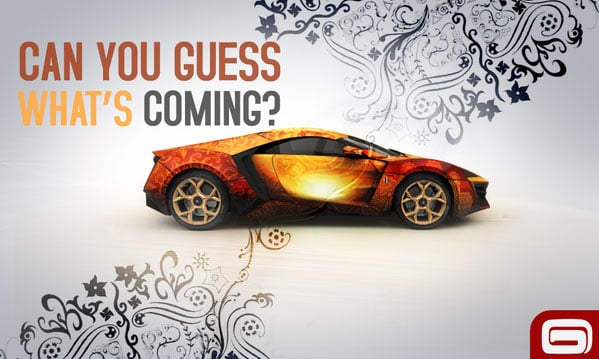 Whatever the case may be, we won’t have to wait too long to find out. Gameloft is expected to release the next Asphalt 8 update pretty soon. When it does arrive, we will post an update to let everyone know as well as how exactly the custom paint jobs works.