The mind behind the popular math puzzle game Quento has released a pair of new puzzle games onto Android. The pair of games are called 0h h1 (a.k.a Oh Hi) and its companion game 0h n0 (a.k.a Oh No). 0h h1 is a simple logic game that deals with red and blue tiles. On the other hand, 0n n0 features numbers. Both games are quite good.

0h h1 is a logic game that follows three rules. First, there can not be three red or three blue tiles together in a row. A full row of tiles must have an equal number of blue and red tiles in it. Third, no two rows or columns can be the same. From there you get to figure out how to fill the entire board with red and blue tiles in order to win. However everything has to follow those three rules. 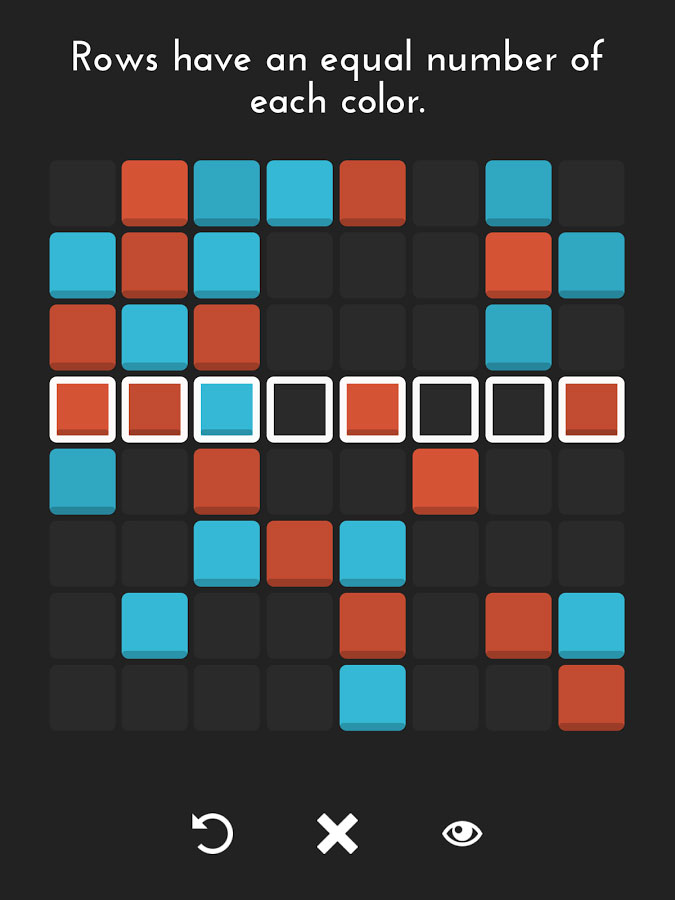 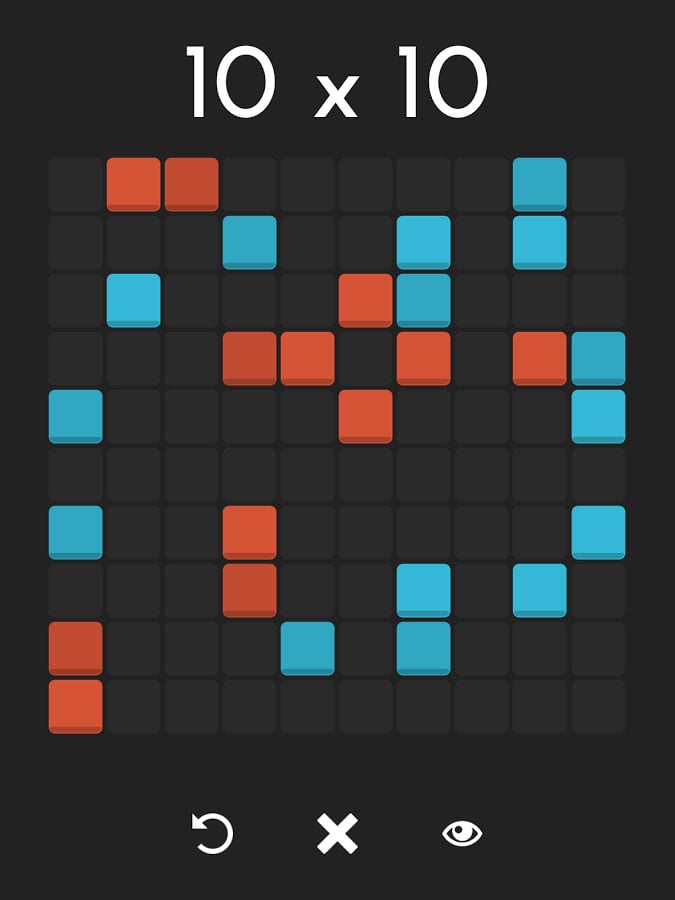 When you start up the game, you will be able to choose what size of board you want to fill up – 4×4, 6×6, 8×8, or 10×10. After selecting the size you want, the game will load with some tiles already in place and it is up to you to figure out how to properly fill the board up.

Now that you know how to play 0h h1, we can now jump into the companion game 0h n0. This game follows another three rules that are somewhat similar to 0h h1, but also different. First, Blue dots can see others in their own row and column. Secondly, the number within a Blue dot tells how many other Blue dots it can see. lastly, Red Dots block the view of Blue Dots. Now that you know the rules, you have to once again fill up the board, this time with Blue and Red Dots in the correct spots, without simply guessing where they go. 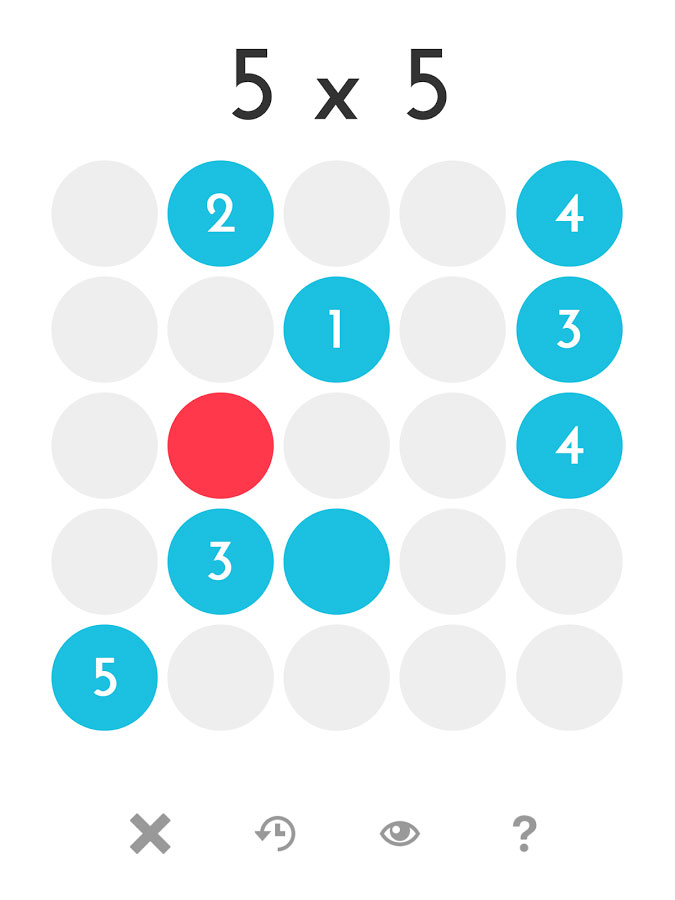 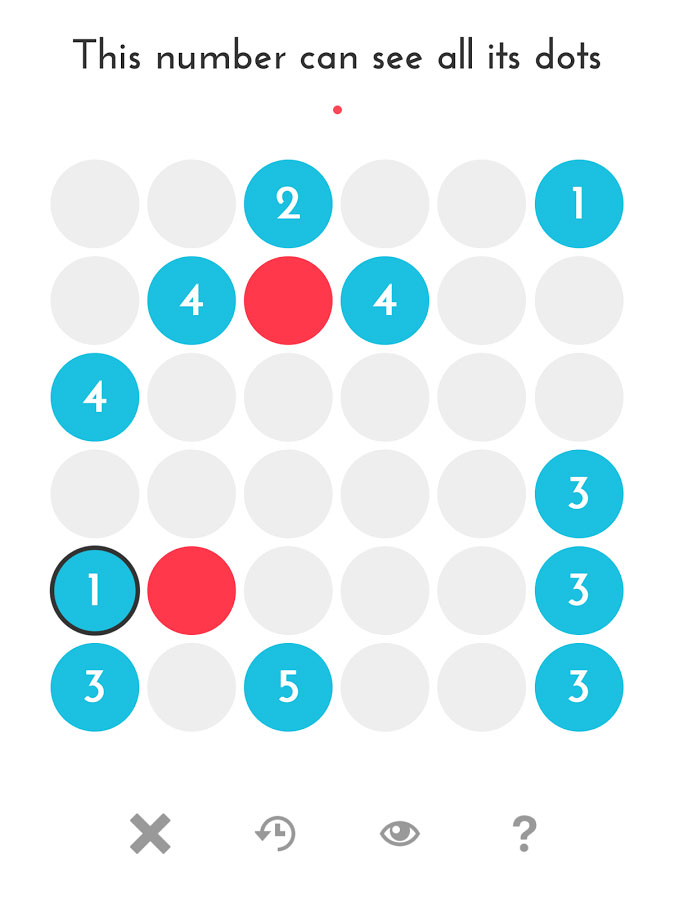 Just like 0h h1, this game also has four different sizes of boards to choose from – 5×5, 6×6, 7×7, and 8×8. There are two game modes to play 0h n0 in, a Zen Mode where there is no time pressure to complete the board and a Time Mode where you have a clock keeping track of how long it takes you to solve your current stage. Then you have to try and beat your best times on each board size. There are also achievements to unlock and a leaderboard to compete in.

Both games are 100% free without any ads, IAPs, nag screens, or anything else at all. If you want to try either game out before downloading it, both games have a browser version of them available to play as well. We’ve linked both of them below.