Everyone is pretty familiar with Ubisoft Entertainment. When they release a mobile game, depending upon its content, people tend to take notice. This week, Android gamers have an opportunity to experience Monkey King Escape. The game was developed by Ubisoft’s Chinese studio, Ubisoft Chengdu. They are a small development team that has chosen to take on the popular legend of the Monkey King.

Monkey King Escape was released late last year in China, and has over 2 million downloads. Now that the game has arrived in the Play Store, gamers will have the opportunity to experience a new endless runner. As bright and as colorful as Subway Surfers which was created by Kiloo, Monkey King Escape adds a few different elements into the game play.

“Watch out, here comes the Monkey King! Play as the legendary Monkey King and evade capture from the almighty Jade Emperor of the Heavenly Kingdom! Angered by the Jade Emperor’s  refusal to grant him an honorable place among the gods, the Monkey King gobbled down the precious Peaches of Immortality he was assigned to protect. Only YOU can help him navigate the treacherous Heavenly garden with the Emperor’s armies hot on his furry heels!” -Ubisoft Entertainment 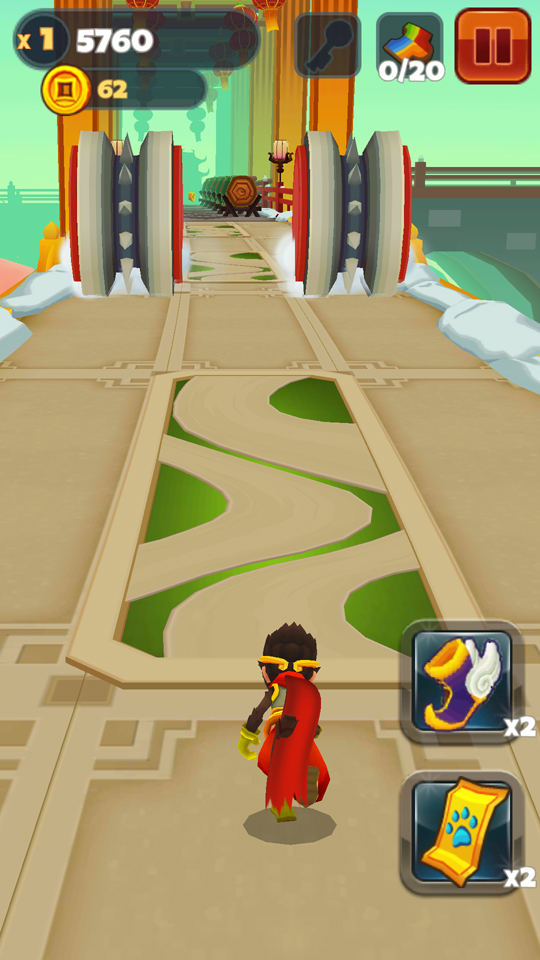 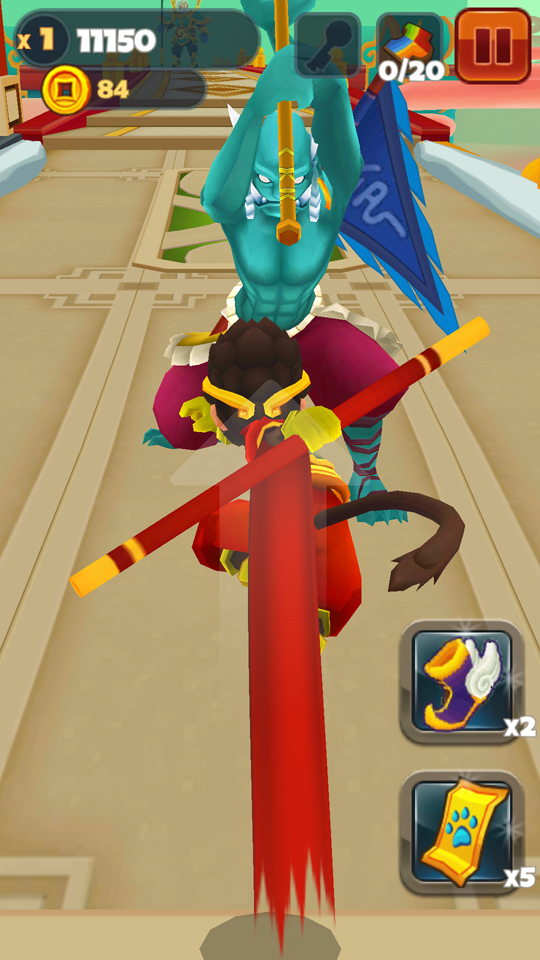 The game play in Monkey King Escape is definitely familiar if you have played any recent endless runner. The goal is to grab as many coins as you can while avoiding oncoming obstacles. What is enjoyable about Monkey King Escape, are the varying environments. They are bursting with color, and have subtle details that are nice to catch a glimpse of, as you are running or flying through them. The game play is altered a bit, as you are able to transform into different animals. This aids you by allowing you to traverse obstacles easily. There are many different power-ups to be found as the Monkey King is trying to escape the Emperor’s armies. Another nice addition to the game are boss fights that occur. Once you encounter a boss in the game, you have to swipe in the direction as shown on your screen. This allows the Monkey King to perform moves to evade and fight the bosses. The boss battles don’t appear to be too difficult. The ones I came across were defeated pretty easily. 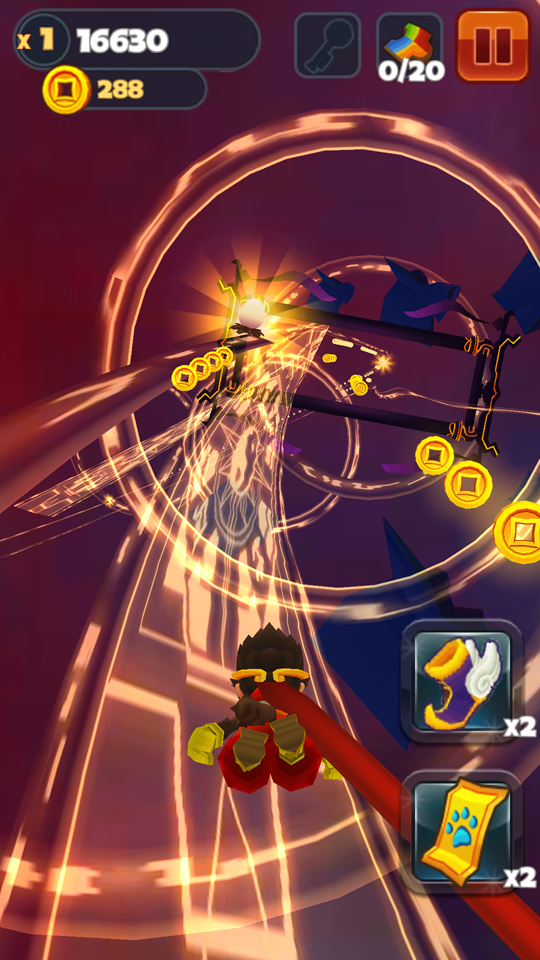 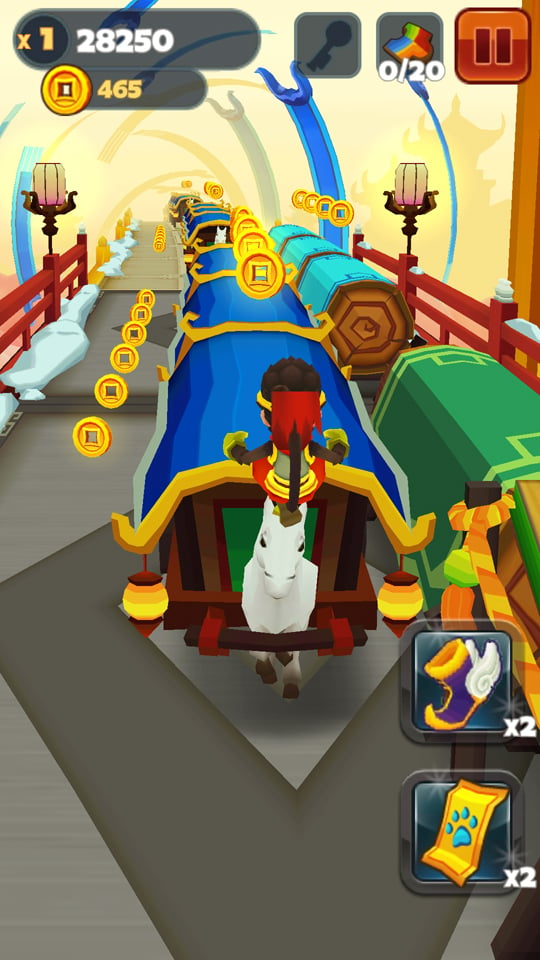 Monkey King Escape is a free to play game. There are optional IAP’s if you choose to use them. As is typical with most free to play games these days, there is the ever present health bar that regenerates over time. The game is integrated with Google Game Play Services and has 21 achievements that can be obtained. Upgrades to your character and choosing different characters, can be obtained by using the in-game coins that are literally everywhere in the game, which makes purchasing upgrades much easier. If you are a fan of endless runners and are looking for something slightly different, you can download Monkey King Escape for free.