In November of last year, we reported on Goon Studios latest project, Monster vs. Sheep. If you are unfamiliar with Goon Studios, they are a game development studio based in Pasadena, California. Their first project on Android was Boogey Boy. When we played it, we felt it was a fun, vibrant and intriguing game, to add to the endless runner/platforming genre. Fast forwarding from November to February, Goon Studios recently released a second trailer for Monster vs. Sheep a few days ago. It looks like the Goons are at it again, creating what is sure to be a fun and original game. The good news is that we don’t have to wait too long, because Monster vs. Sheep is on its way to Android/iOS devices.

[UPDATE #2: Thursday, February 19th, 2015 – 9:18 AM, PST] Monster vs Sheep, the latest game from Goon Studios is now available to download in the Play Store for $.99 You will find the link to download the game at the end of this article. Also, be on the lookout for an upcoming interview, in the next day or two, that we were able to have with Goon Studios, to discuss current and future projects.

[UPDATE #1: Tuesday, February 17th, 11:10 AM, PST] It looks like Goon Studios is getting that much closer to releasing Monster vs Sheep for Android/iOS devices. Recently, they released a trailer that shows some of the game play that will be involved in the game. The game play looks fun and a bit frantic. Hopefully we won’t have to wait too much longer to play Monster vs Sheep. Check out the game play trailer at the end of this article.

You can tell that the game designers at Goon Studios have a pretty good sense of humor. The first teaser trailer piqued our interest, but didn’t reveal any secrets about the game. The second trailer gives us a little bit more, though we haven’t seen any actual game play yet. However, based on the latest images that Goon Studios has released on their website, it looks like Monster vs. Sheep will be as colorful and unique as Boogey Boy. 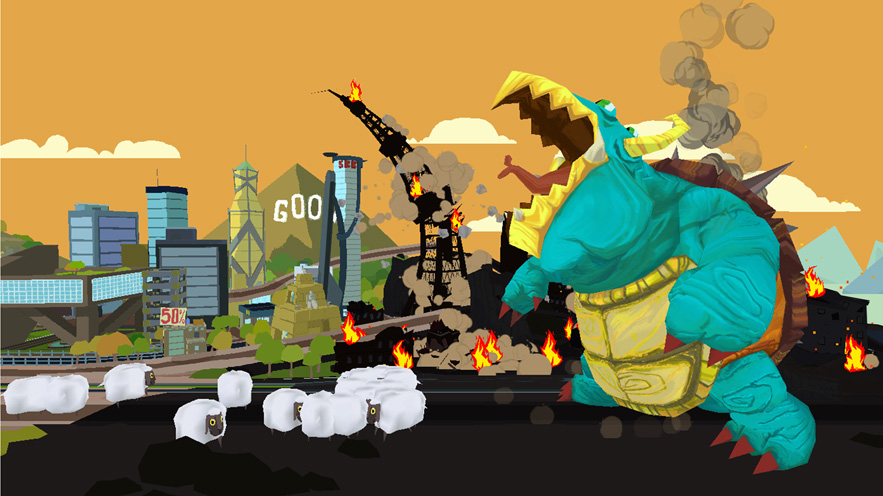 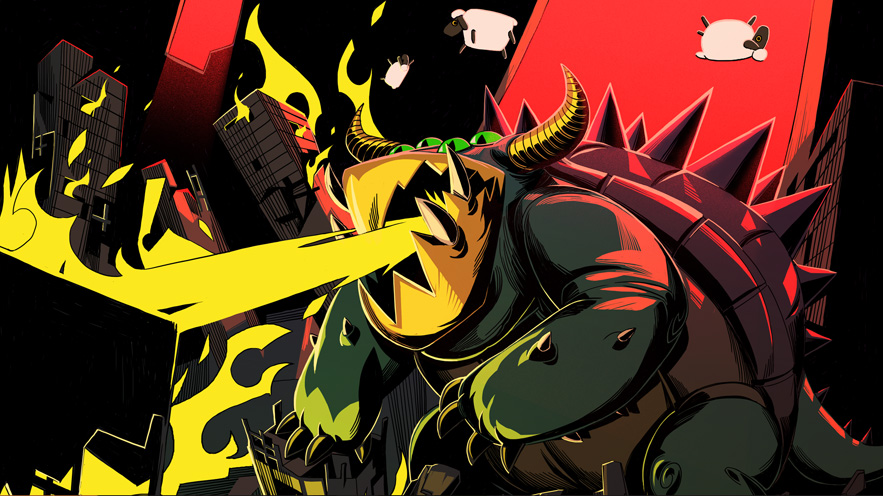 Here is a brief reminder of what the game is about. “Monster vs. Sheep is a fun-filled arcade, free throw extravaganza where you chuck fluffy sheep into a giant monster’s mouth, in order to save a coastal city from impending doom. Your mission is to stuff the monster full of sheep and stop his rampage!” – Goon Studios

The game  will have multiple levels, as well as an arcade mode, which will allow you to throw as many sheep as you can. The game will also be integrated with Google Game Play Services, with achievements and leaderboards, for all of you really competitive gamers. We still don’t know about the price or the exact release date yet. Goon Studios hopes to release the game this month, and a trailer with actual game play footage is forthcoming. As soon as we know more, we will pass that information on to you. Enjoy the humor in the latest teaser trailer and keep an eye out for Monster vs. Sheep.