The rather enjoyable side-scrolling arcade game Don’t Run With A Plasma Sword will be getting a new version next week and this one will be a free-to-play version. Developed by XperimentalZ Games, this game was originally released back in September 2013 and has remained a premium game since its release.

When this new version of Don’t Run With A Plasma Sword arrives, the current premium version will also remain on Google Play, so prospective players will have the option of downloading either one. So why are the developers deciding to release a free-to-play version? It is actually about getting traction on Android which, compared to iOS, has been difficult for XperimentalZ Games, even with all the coverage in the media. 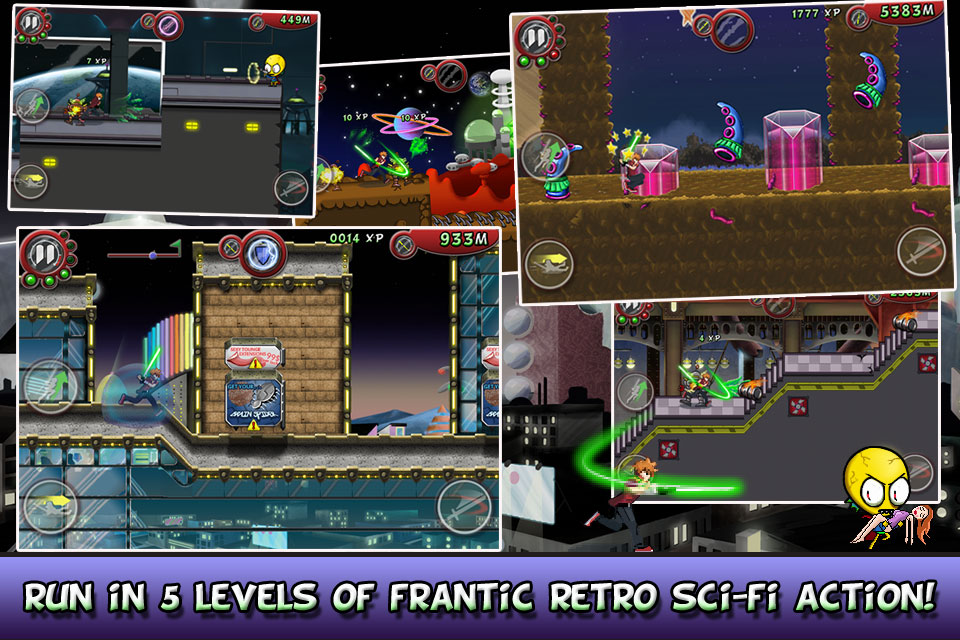 We’ve recently passed the 1 million players cap across all our games on iOS, 75% of those players coming from DRWAPS. While this number may be considered as significant by indie standards, getting traction on the Android market has been much more difficult, with only a tiny fraction of our downloads and 6% of our revenues coming from this platform (10% of our paid game revenues). Hopefully, this release will help us to reduce that gap.

On iOS, we always had an hybrid approach with monetization models, either launching premium games or lightly monetized freemium games. Displaying a F2P version of one of our games alongside its premium version goes in that direction. Perhaps a F2P version will help us reach an audience more accustomed to free games and generate more visibility for our premium versions as a side effect. Compared to the premium version, the F2P version will be a bit more grindy and supported by ads and IAP (with free ways to obtain currency, like rewarded videos). – XperimentalZ Games

While the new free-to-play version of Don’t Run With A Plasma Sword will be supported with ads and have a few optional IAPs in it, if you don’t want to have any of that in your copy of the game, you will still be able to purchase the premium version which has no ads or IAPs in it for $1.99. Giving gamers the option as to which way they want to go is always a good thing.

For those of you who want to pick up the free version, it will land on Google Play next Wednesday (February 25th, 2015). We will post an update when it arrive.