Tap Heroes is an interesting new RPG from VaragtP Studios

VaragtP Studios has released a rather interesting new RPG onto Android that not only looks rather unique, but plays out differently then your usual RPG title. If this developer sounds familiar, it is probably because it is the same developer behind games such as Loot Hero, Run Bird Run, and Pango Slide. However, besides Loot Hero, Tap Heroes looks to be the company’s best game so far.

In Tap Heroes you will be setting out on a journey to defeat your enemies and to grow stronger in the process. You will be traveling through a variety of landscapes including forests, deserts, caves, jungles, and swamps just to name a few. You will also be able to recruit new heroes throughout your travels that will help you defeat the tougher enemies that you will start to come across as well as the bosses they have. 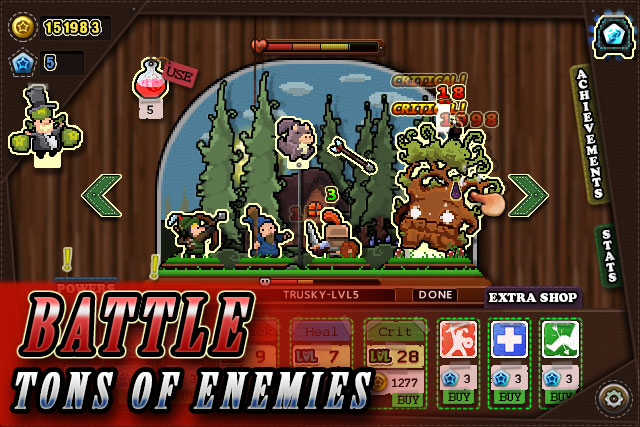 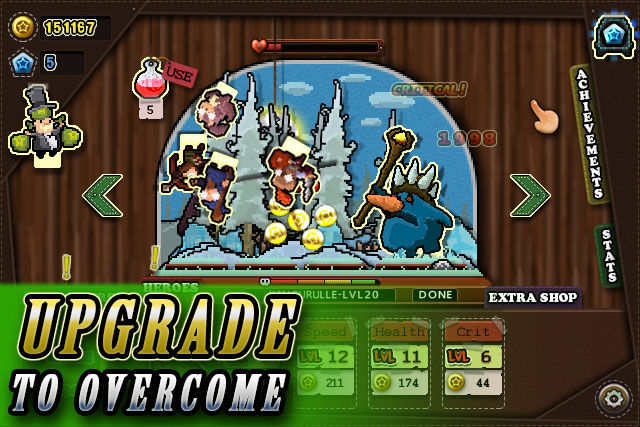 – Over 70 different enemies and bosses
– 10 different worlds to discover
– A Distinct group of heroes with different abilities
– Interesting powers to unleash on your enemies
– Mix of RPG and idle elements with tons of skills to upgrade
– Achievements to unlock
– Ridiculous amounts of loot
– Possibly infinite gameplay
– Puppet stage graphics!

One of the unique features in this game are the visuals. The entire game plays out like there are a bunch of puppets on a stage. At first it may sounds odd but it actually works out quite well, especially in battles. This isn’t puppets like the ones you stick on your hand or anything like that but more of the cutout style. In fact the entire game takes place on this puppet stage. There is a lot of loot in this game as well so you should have no problem upgrading your heroes with higher levels of their abilities/stats as they level up themselves.

VaragtP Studios has released two version of their game, a free version that is ad supported, and a premium version that comes without ads and a bonus character which is unlocked and available at the start of your game. The premium version is available for $0.99. Both version also include IAPs but they are completely optional.