Creative Mobile, the creators of racing game Nitro Nation, have released a sizable update for the game. For starters, there’s a new mechanic who can both create and upgrade blueprints. Upgrades now are done instantly, and at no cost. Repairs for blown engines are also instant, but continue to cost. And both of those no longer require a mechanic. Cars can also be traded in for one of the following three: cash, a booster package that’s random, or an upgrade kit for cars that are racing class.

They’ve also initiated an underground tournament. Here’s how they explained it in the press release:

“Similar to the “Team Tournament”, true horse-power aficionados with nitro running through their veins can compete in the Underground Tournament – which now features 1-on-1 races. In this mode, drivers pick their opponent among four randomly selected tournament contestants and compete for the prize over a series of 10 races. After the 6th race, the race winner receive mystery gifts, which can include blueprints, upgrade kits or boosters – skillful implementation of these boosters later on can become the deciding factor over victory or defeat. Rewards for a victorious race will get better the further a player makes it in the 10 level tournament. 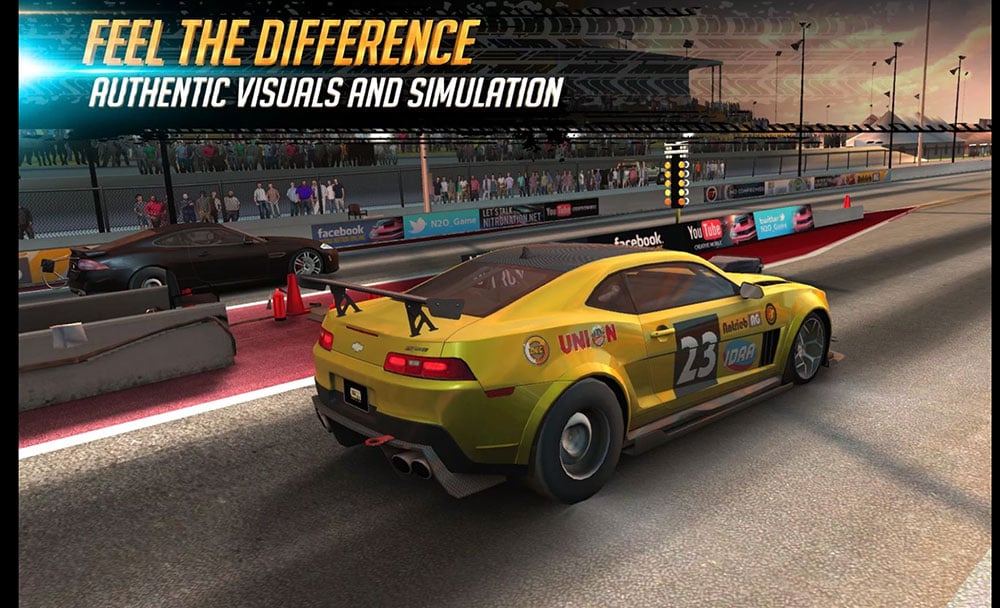 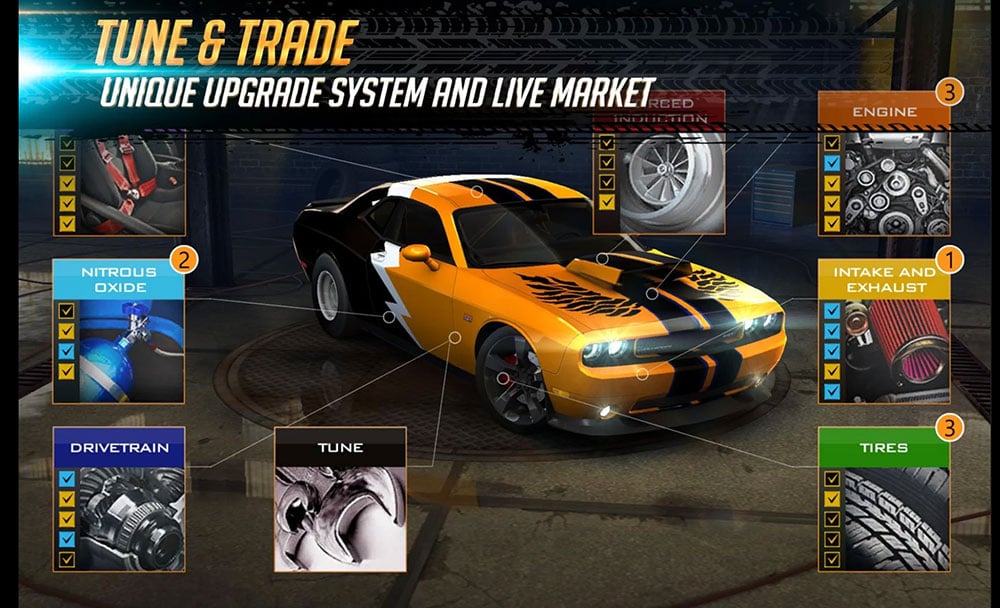 Visual improvements have also been implemented: Frame rates have been boosted on both the Drag Strip and Highway tracks, with the former now also receiving a night racing mode.

Here’s the quick and dirty:

– FAIR PLAY – no “fuel” that you have to wait for. No “delivery time” for cars or upgrades. Every vehicle is competitive and there’s no “premium” upgrades. It’s all about your skill and dedication.
– REAL RACERS & TEAMS – there’s always an online rival waiting for you. Start by racing any distance from 1/8 to full mile, join or create a team, win tournaments, work your way up the rankings, or test your nerves in wager races.
– EPIC UPGRADES – choose from thousands of upgrades and build a one-of-a-kind vehicle. Ever dreamed of smoking an exotic in your 500 HP Volkswagen Golf? Happens every day on the streets of NN.
– PERSONAL TOUCH – browse dozens of cool decals, arrange them the way you like and choose your own color for every bit. Add aftermarket rims, or mix a unique paint to show your style.
– CAR GEEKS WELCOME – we have the most realistic physics engine in the genre, meaning that everything works the way it does in real life. Detailed specs, dyno graphs, gearing charts and advanced race statistics will help you put your knowledge to use.

The update is out now for Google Play, will be out for Amazon in the next day or so.