EatBeat DeadSpike-san is about Ragna the Bloodedge who has somehow lost his mojo. This is where the storyline for this game starts getting weird… funny… but weird: “No longer the feared, overpowered fighter that he was known to be, Ragna suffered defeat after defeat until his special attack, Dead Spike-san, decided it no longer wanted to be associated with a loser”. Apparently dead Spike-san has had enough and gone off to gain power of its own through the only way it knows how to, by stuffing its mouth and eating everything in sight. 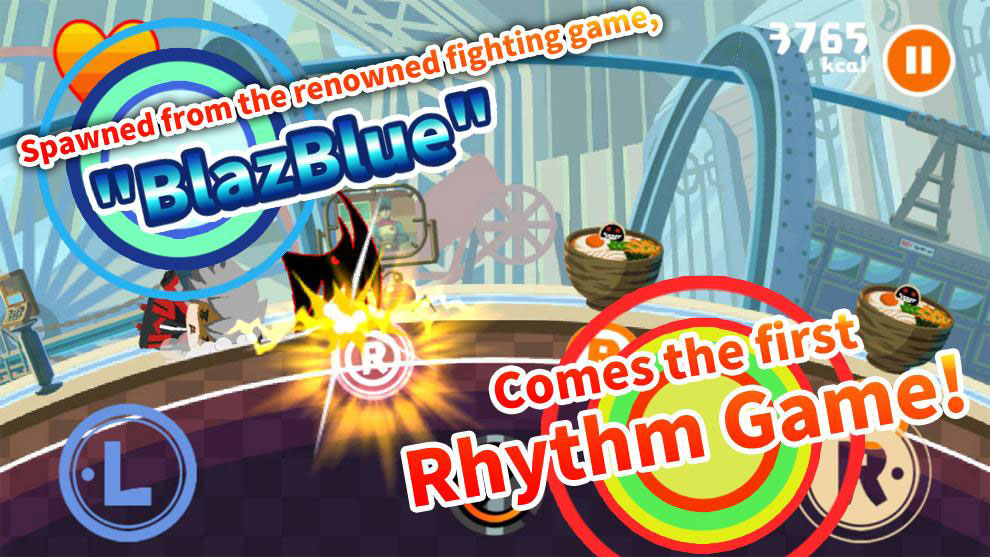 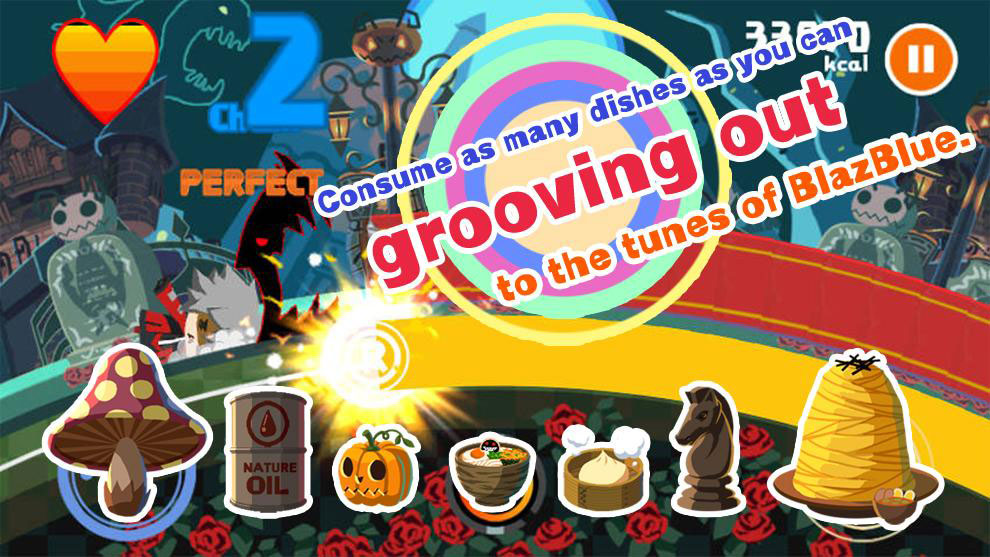 The entire soundtrack that you will be playing to is from BlazBlue, so the songs features in this game include:

This game is now available for free off of Google Play and you will have access to two songs for free right off the jump. Additional characters, songs, and items are available as IAPs.