Djinnworks out of Austria, has been producing games for Android for quite some time. The strength of the studio’s work is firmly rooted in games that involve stickman figures. Some of the games produced in the past include: Stick Stunt Biker, Wingsuit Stickman, the Rope n’ Fly series, and Traffic Buster. In Stickman Tennis 2015, Djinnworks returns to the court to deliver an ace of a game.

It wasn’t too long ago that tennis fans were able to play Stickman Tennis from Djinnworks. Stickman Tennis 2015 brings another level of polish to a really good tennis game. As a tennis player myself, I tend to be pretty critical of tennis games. So, when Stickman Tennis 2015 hit the Play Store, I figured I would give it a try to see how good the game play was. First impressions… “The force is strong with this one.” All the elements that make a tennis game good are present in Stickman Tennis 2015. Though the stands are sparse with spectators, what really matters, is the action that takes place on the court, and there is plenty of action to enjoy. 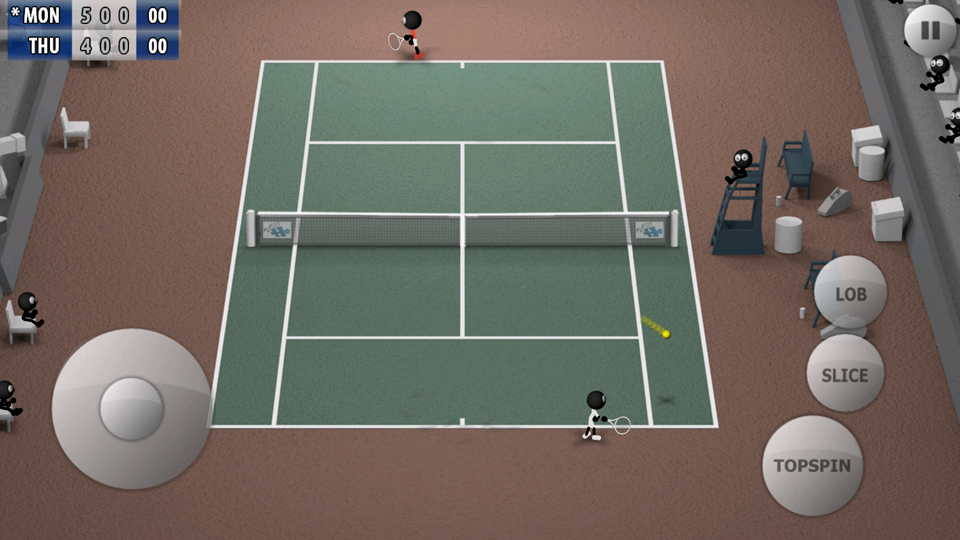 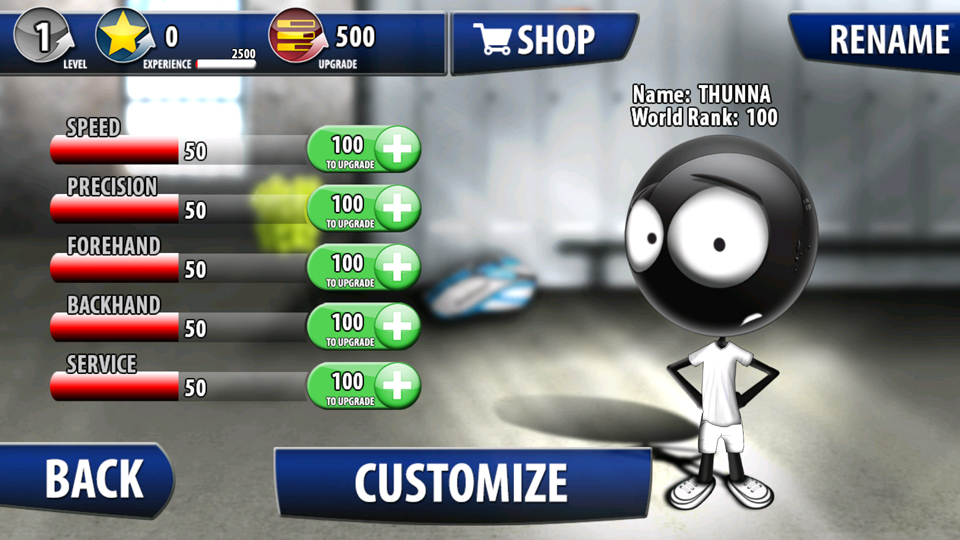 Controlling your character is done by an on-screen joystick and three buttons. One is for topsin, and the other two are for slice and lob. You have the option of controlling your character with the on-screen joystick or by having him run automatically. The direction of your shots is also controlled by the joystick. While the game has many fantastic elements, getting used to controlling your character, and directing your shots, can be challenging and sometimes frustrating. Especially if you are trying to run across court to pull off a winner. However, this does not hamper the game too much, but it does take getting used to. Once you do though, you will find yourself in the midst of long rallies, amazing cross-court or down the line passing shots and lobs, that are pulled off with great precision.

The in-game announcer is professional. No other in-game commentary is offered, other than the score. The sound of the tennis ball hitting the court, and the racket hitting the strings is perfect. The stick figures, though quite small, are very well animated. You will notice your player tossing his racket after a missed shot, or jumping up and down when you get a winner. I think I even saw my opponent throw a fist-pump after at least a ten stroke rally.

There is an enormous amount of depth to this game. You can upgrade the skills of your player based on XP points that you receive during each match. As an example, if you pull off a winner by completing a passing shot, you get 25 XP. Or, so many XP points are given after you have won a match, a tie-breaker, or won multiple points in a row. After the game is over, your XP is totaled up, and you can use that to upgrade your player’s speed, precision, forehand, backhand or service. 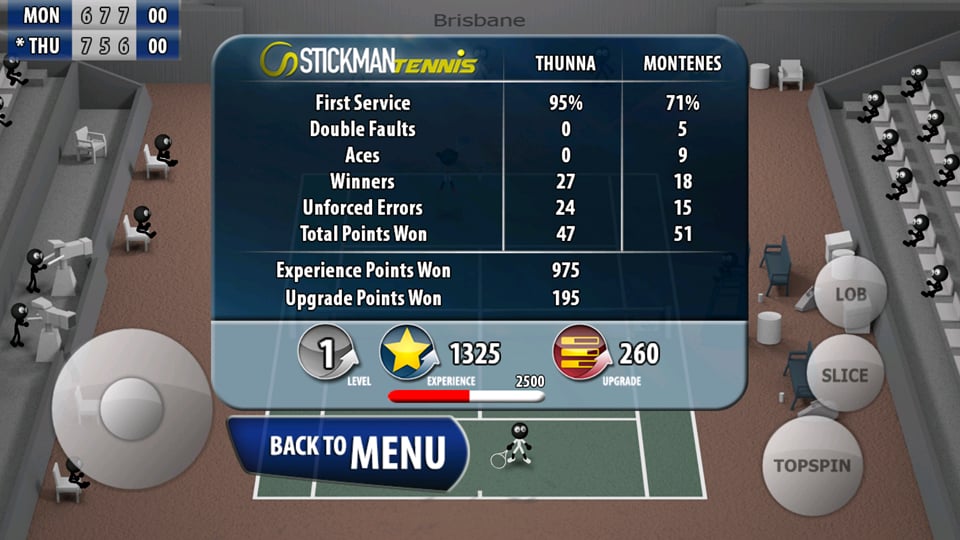 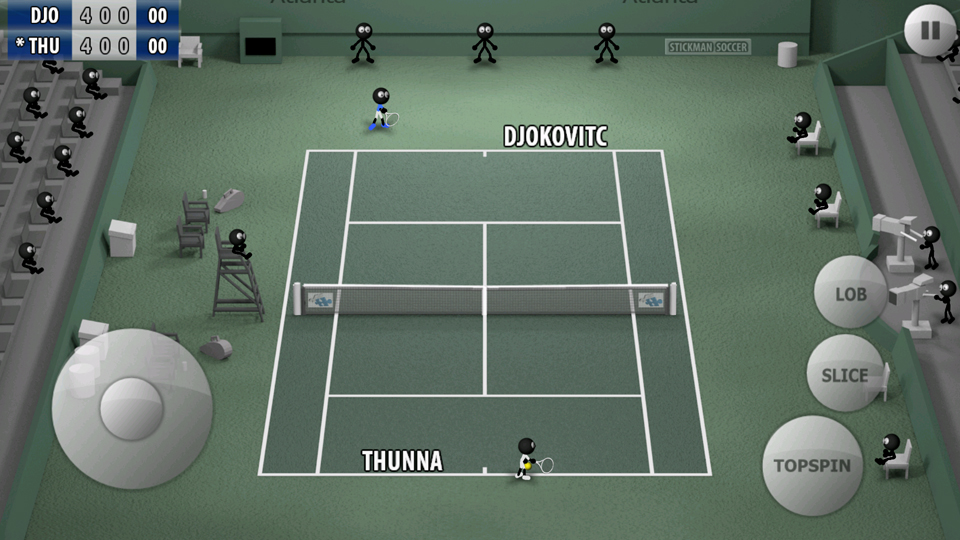 Stickman Tennis 2015 is a good game, albeit a challenging one. Even on the easy setting, some of the early opponents are hard to beat. That could be because I was using manual running as opposed to automatic running. Yet, it is very clear that Djinnworks put a lot of work into making this game as authentic as possible, as it relates to how tennis matches are played.

Stickman Tennis 2015 can be downloaded for free. You also have the option of removing the ads from the game for $.99 There are also in-app purchases should you choose to take advantage of them. The game is integrated with Google Game Play Services with leaderboards and ten achievements to obtain. As I mentioned previously, there is a lot of content in this game. Djinnworks should be commended for creating such a life-like tennis game with charming stick figures.