When people here the term Puzzle-RPG, generally one thinks of an RPG title meshed with a match-3 puzzle game. Dungeon Link from Gamevil is a Puzzle-RPG but is actually a bit of a different type of game then you would think with it being in that genre. In fact the puzzle aspect of this game is actually a lot more action-based then you would expect it to be.

Currently in closed beta testing, Dungeon Link is more of a dungeon crawling RPG with a unique puzzle element which you use to attack your enemies with. When you start the game, you will pick which class you want to play as. There are five to choose from and are you standard classes: Knight, Rogue, Mage, Healer, Archer. From there you jump into the game, do a little tutorial, and begin your quest to eventually kill the Demon King. 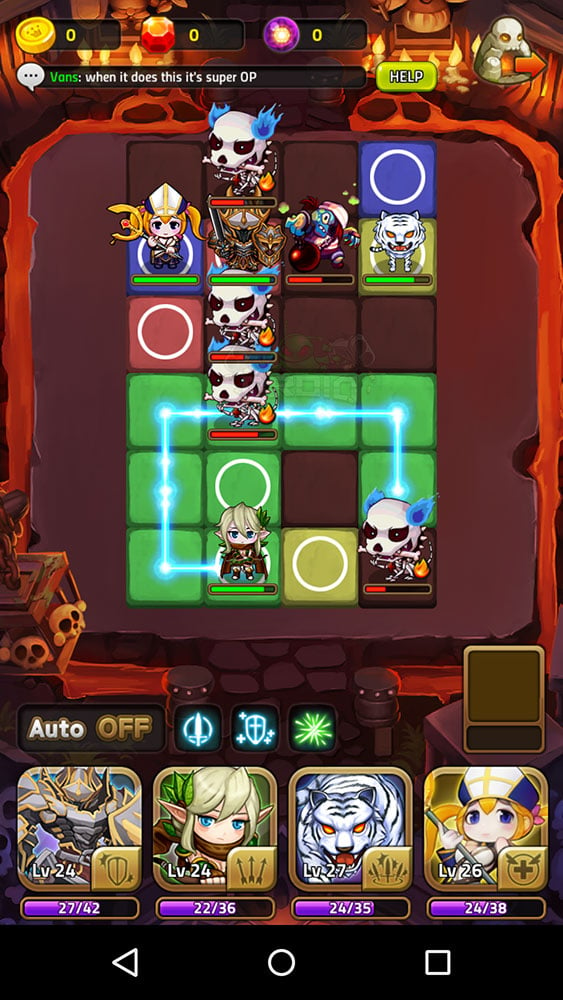 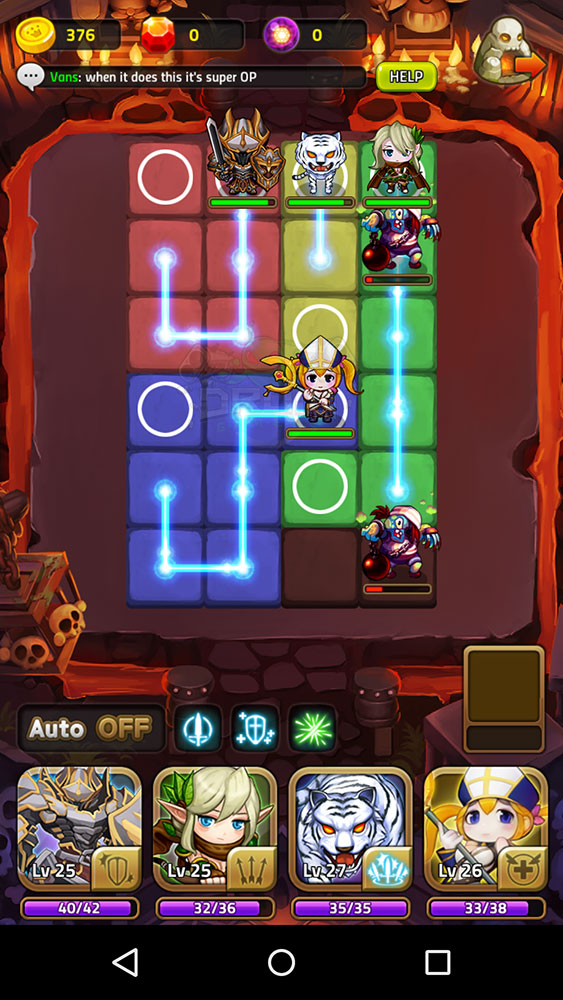 Dungeons are filled with various monsters and the occasional power-up (increase attack, defense, heal character) as well as square spaces. Moving your character and attacking is done by tracing a line from your starting point to the matching colored square space. Any monsters in or near your path are attacked as you move. Since this is a party-based RPG, you will do this for all the characters currently in your party. Each character also has their own special abilities (special attacks on single target or every enemy as well as group healing) which you can use by tapping on your character’s portrait. There is also a “Perfect Attack” which is accomplished any time you successfully use up every space in one turn with all your characters. These are really strong group-based attacks where your entire group teams up for one big offensive. 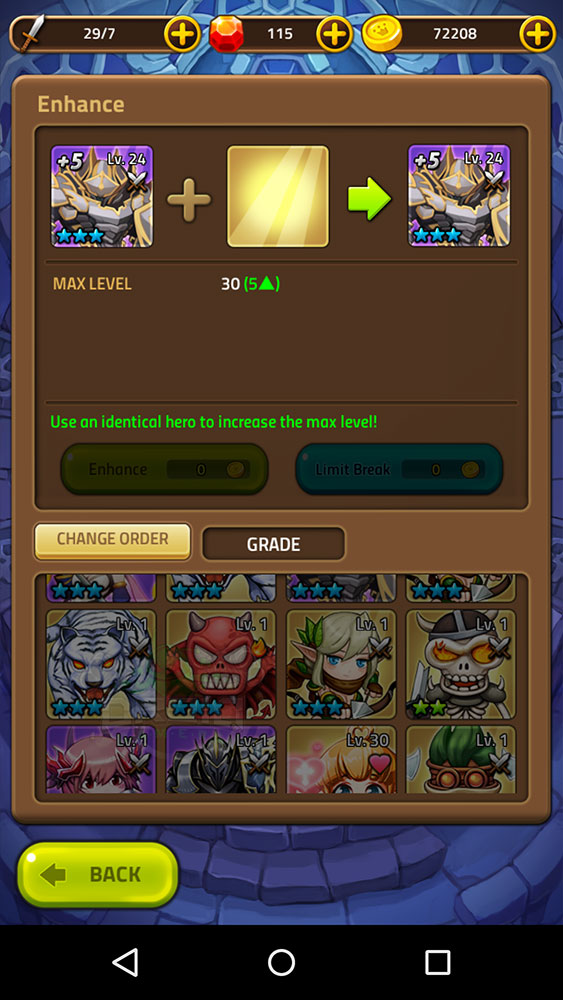 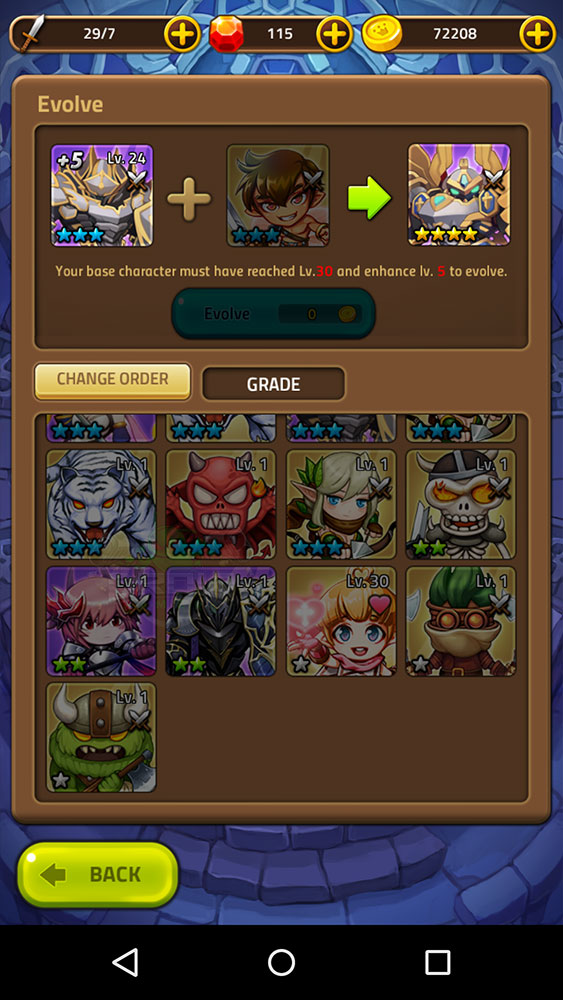 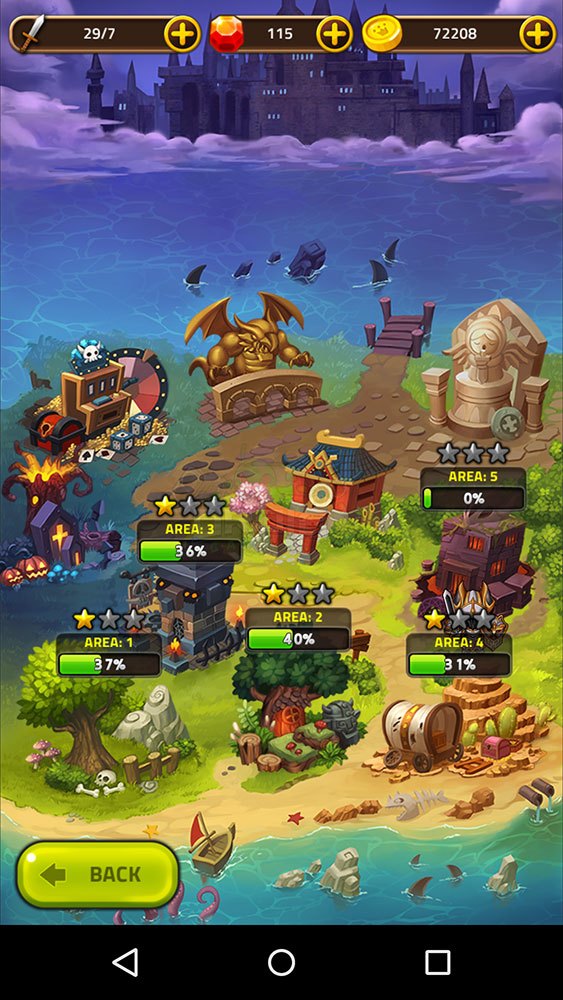 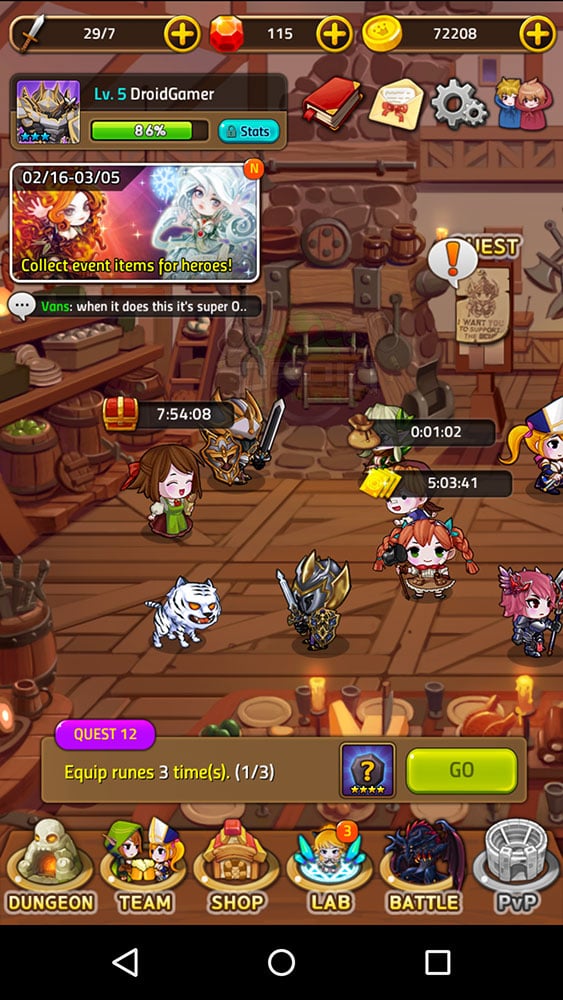 Map and Main Base

Outside of finding heroes throughout the dungeons, as well as monsters to add to your party, you can recruit them when in your little town, which is actually more like a single building that houses all you need. This is where you do your Evolving, Enhancing, adding Runes to your characters (which are temporary stat buffs), editing your party, and so on. Currently there are over 250 different heroes to collect.

Dungeon Link has gold as the currency you earn in-game which is used to purchase certain things as well as pay for services like Evolving and Enhancing. There is a secondary currency which are Gems. This is also used for buying certain things and recruiting heroes. Both currencies can be increased through IAPs but you can also earn them through completing dungeons, daily quests, and a few other activities. Even though IAPs are there for both, there hasn’t been a need to even consider using them yet as it is pretty easy to find both Gold and Gems. Occasionally you can also find silver and gold recruitment cards which you use to recruit heroes. 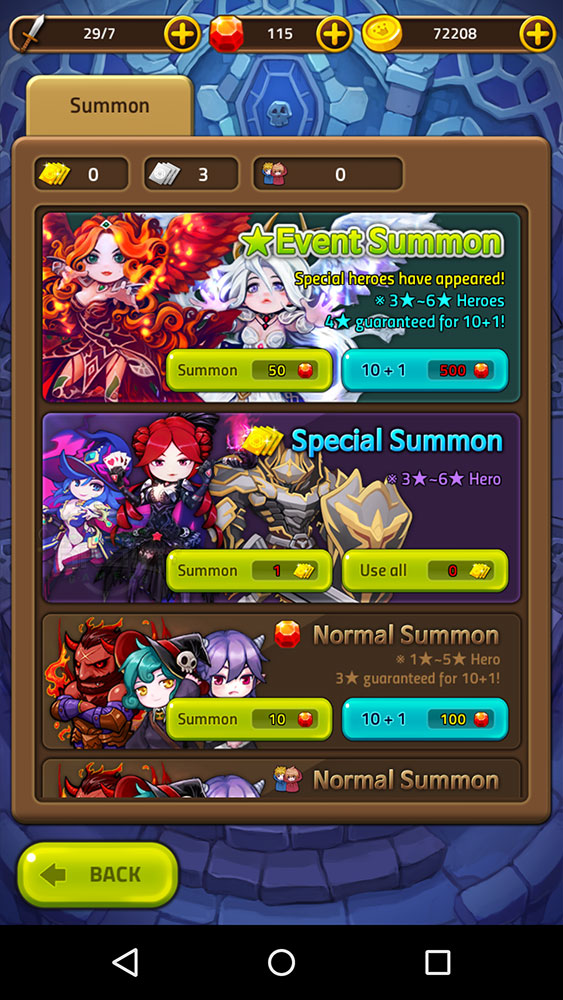 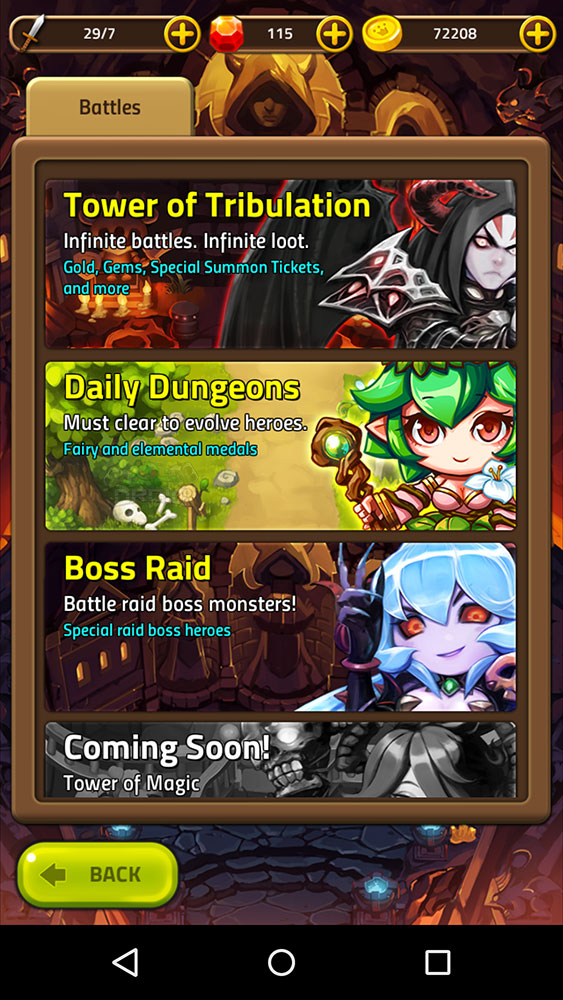 Daily and other Events

There are a lot of other more intricate details about Dungeon Link such as Chain Attacks (using two or more characters to attack at the same time by chaining paths together), elemental weaknesses of monsters (Wood types are weak against Fire type heroes/attacks and so on), special elemental items to recruit special heroes with, daily quests, Boss raids, event dungeons like the never-ending tower, traps in dungeons, the stamina system for storyline quests (I’ve yet to run out of stamina), different levels of difficulties for dungeons, and lot more. So far Dungeon Link has actually been quite enjoyable to play.

Of course this is by no means an official review of Dungeon Link. It is just a bit more of an in-depth hands-on with the game while it is in beta testing. Since it is in beta, a lot of this could change before the game’s actual release, although I can’t see that happening. It is pretty much done already exception for any bugs and balancing issues that may exist that our found during this testing phase. As for when the global launch will happen, right now the end of April 2015 is what is being stated.