The series has received much criticism for releasing sequels too closely together, and the third is the biggest offender yet. With anticipating for this game being so high it’s difficult to remember that the original game came out only 8 months ago. This feat seems monumental when you consider the series is designed entirely by one individual, yet less so when the simplicity of the game design sets in. 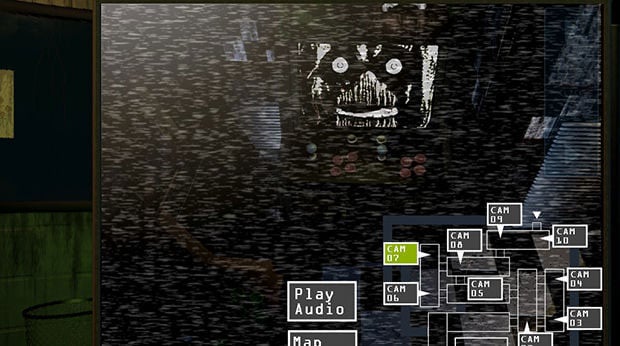 While the familiar blurry camera interface is present in FNAF 3, it’s clear that Scott has gone through considerable lengths to make the newest instalment as unique as possible. Gone are the multiple predators, replaced with a single twisted creature called ‘Springtrap’. Gone is the Freddy mask and closable doors, replaced with a re-bootable interface and vent security. The wind up music box is also missing, now replaced with a button that makes a child sound. Even the phone call guy from the first game has been replaced with a stoned teenager.

The game takes place many years after the horrific events of the first two. A team of fans have tried their best to recreate the original horror of the first location as a tourist attraction. You’re responsible for monitoring the attraction and spooking the guests as they make their way through. Of course things are not as they seem, and instead of guests you seem to be hunted by a disturbing golden bunny. 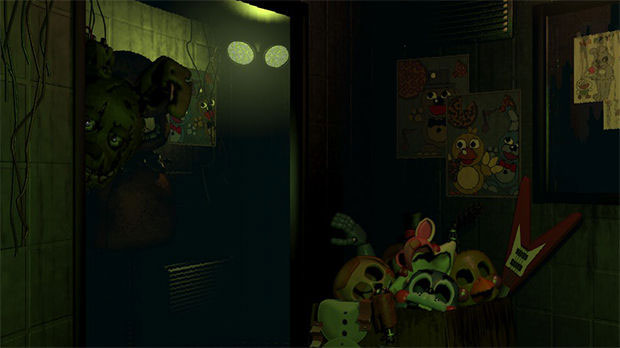 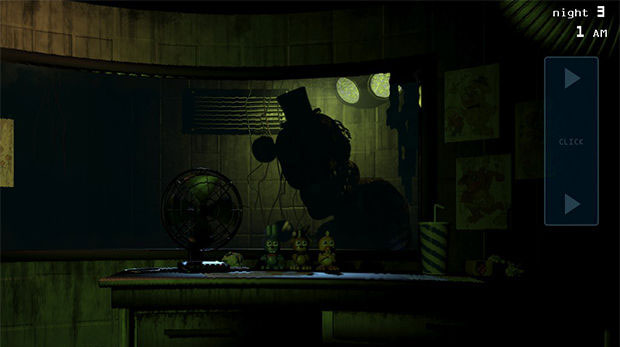 Fans of the series won’t feel immediately at home with this instalment. The first two games, while difficult, still had a clear system in which to protect yourself and progress through the game. Scott seems to have been inspired by Hideo Kojima’s P.T. demo, and the ambiguity of this game shows it. There isn’t clear instructions on how to protect yourself from dying. With no doors to close or mask to wear you’re left to trying to close vents to block the oncoming attacks.

Closing the vents unfortunately also closes off the air to your room which causes you to hallucinate. The initial hallucinations are terrifying as you get jump scares from familiar faces that don’t kill you, and instead leave the room in a red alarm state of emergency. If you can’t reboot your system in time, the twisted bunny will appear causing you to die for real.

At its best, FNAF 3 is one of the scariest games in the series. Springtrap will stare at you through the window or poke his head through the corner, making him far more human than robot. The hallucinations also add an interesting element to the game, allowing the original cast to make appearances in a horrifying way.

At its worst the game is confusing and frustrating. Players will find themselves having to consult numerous guides to figure out how exactly they can protect themselves. Playing the child’s voice seems to lure the rabbit into different rooms, and in other moments make him rush towards you. If you happen to spot a creepy exoskeleton in the camera everything starts going haywire, making finding things somewhat counter intuitive. 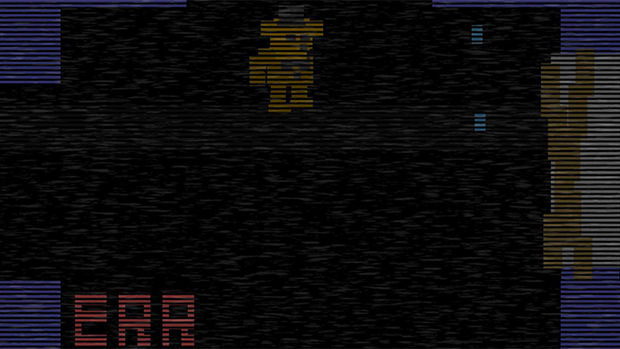 “Better you never knew how creepy your Atari 2600 could be.”

Then there’s the lore, the heart of all Freddy games. Every entry in the series is riddled with fascinating stories. The most popular theory is that five children were murdered by a security guard in a Freddy suit who stuffed their bodies into the other machines, haunting them forever. In this game there is familiar 8-bit mini games that take place in between each level to further that storyline. Without giving any spoilers away, gamers who can achieve the ‘good ending’ will finally get some closure to this haunting tale.

However the steps necessary to achieve a good ending are nearly psychotic. They require a degree of random specificity that gives ‘Takeshi’s Challenge’ a run for its money.

Fans of the series will undoubtedly enjoy this installment. If you didn’t like the first two games, you’ll likely find less to relish here. Just when he’s hinted that he’s quitting the horror genre, Scott Cawthon has honed his skills to fiendish heights. The only problem is the series is becoming as bloated as the very animatronic ghoul’s that made it famous in the first place.