New Interactive Fiction: The Hero of Kendrickstone is now out on Google Play

Choice of Games, a developer that focuses on interactive fiction (think “Choose Your Own Adventure, if you’re old enough to remember those), has released another book. Called “The Hero of Kendrickstone”, players will strive to liberate a city from an evil wizard, while hoping to “maybe, just maybe, make enough money to pay your rent! “.

Players will have either physical combat, music, stealth, or speech to help navigate through the perils within this book, where the player’s decisions will impact the story. It’s over 240,000 words, and has no visuals or audio of any kind which is kind of rare for a gamebook, which this essentially is. 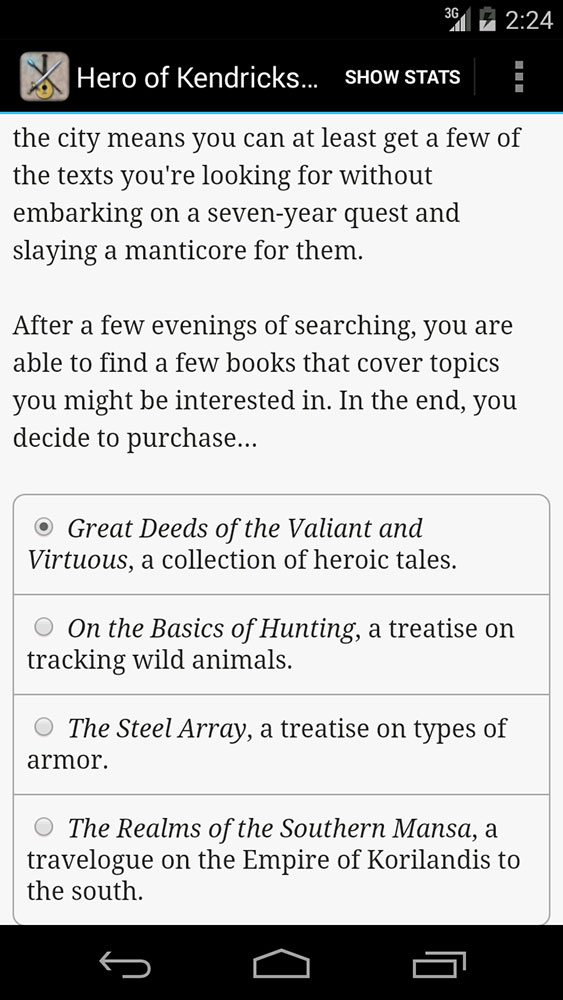 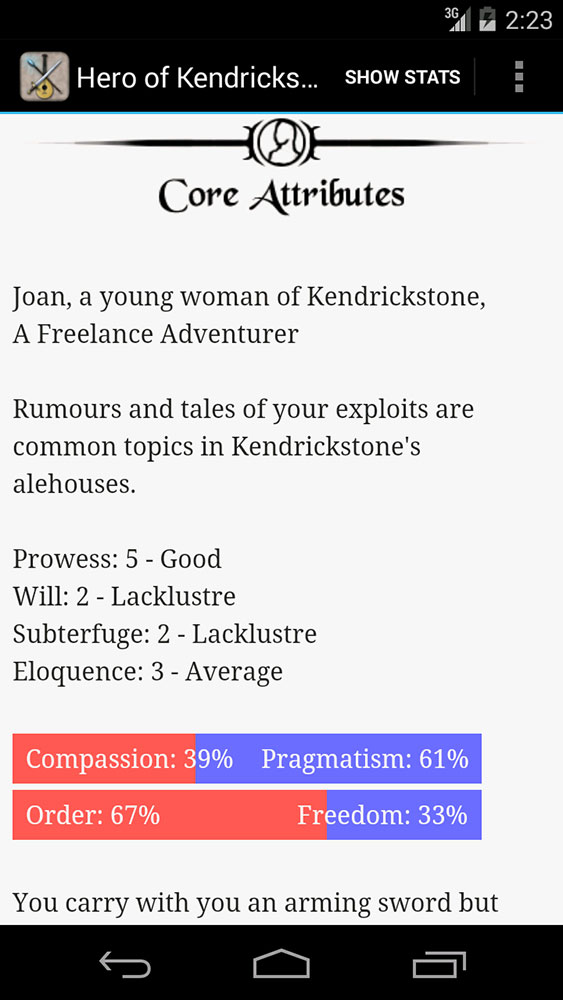 For example, when a razorclaw (a beast the size of a warhorse) attacks a nearby settlement of farmers, the farmers rush in to attack. What will you do?

A) Charge in with my weapon too!
B) Attack from range.
C) Keep to the shadows and look for a way to strike a killing blow.
D) Hang back and blast the beast with magic.

There are also some RPG elements within the book, like deciding how to spend money (hotel or potions), or character interaction (strike out alone, or enlist a mentor, be loyal or a traitor). You also can choose how your character progresses in the game in terms of skills, such as mastering diplomacy, stealth, or magic.

The Hero of Kendrickstone is available off of Google Play for $2.99. If you like gamebooks, and don’t mind the lack of eyecandy, you may want to check this one out.