Google has announced that they will begin using the industry standard for age ratings on Android games on Google Play. This means Android games will now have a rating similar to the ESRB rating system which is currently used to rate games on PC and console.

The new system will begin today and will be run by the Entertainment Software Rating Board, which is the ESRB rating system you are used to seeing, except for mobile and digital games there will be a different system being adopted called IARC (International Age Rating Coalition). IARC is a relatively new system and will be run in partnership with the ESRB in North America s well as other rating system in other locations around the world such as the PEGI system in Europe. All of these partnerships are being done to bring “a unified process that simultaneously generates ratings for multiple territories while preserving each of their distinct cultural standards”. 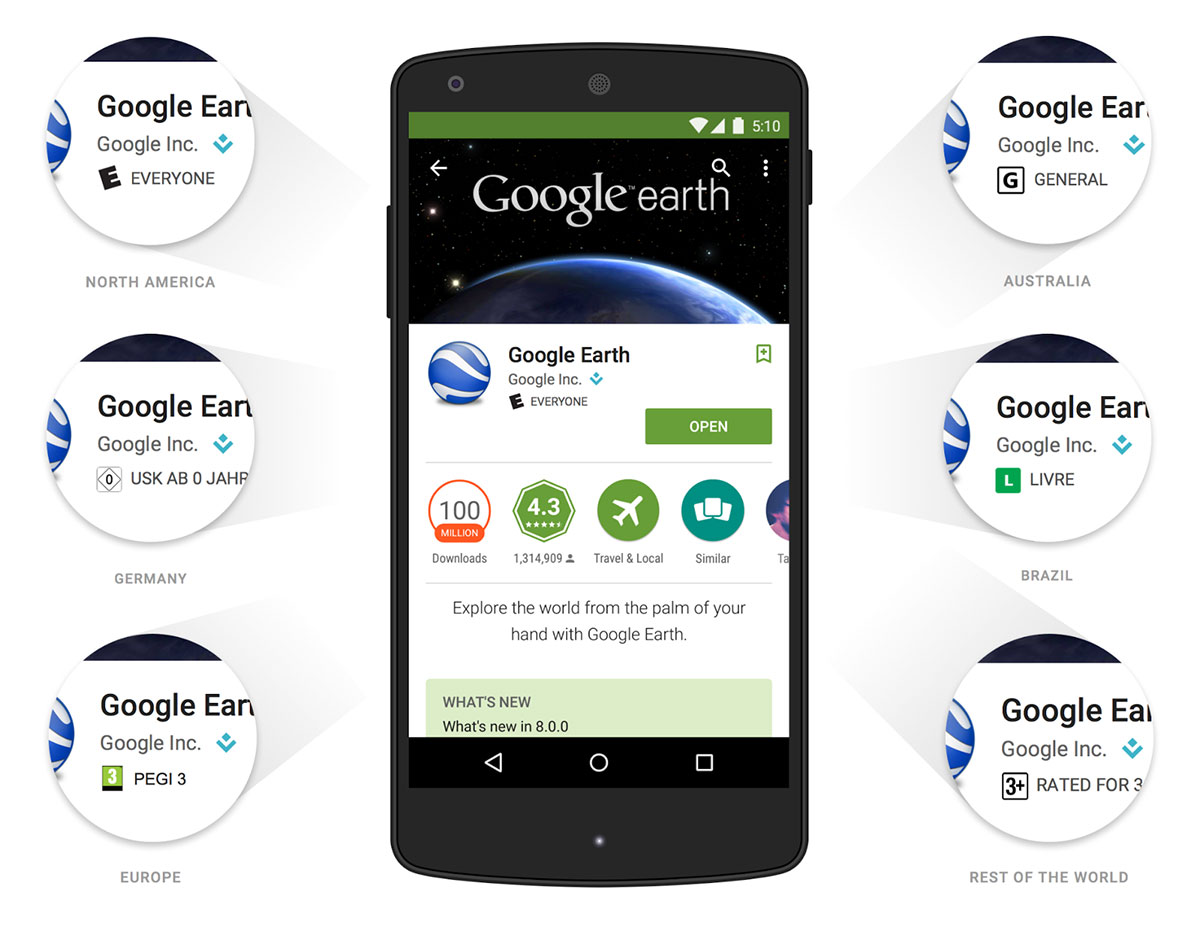 Instead of developers having to worry about applying different rating systems in different regions to their games that they have uploaded to Google Play, developers can now simply fill out a single quick questionnaire when they submit their games and this will be used to create an age rating for multiple regions.

Combine this with the new reviewing process Google also announced today and we all should see some improvement overall to the quality of content available on Google Play with less malware (hopefully).