Telltale Games have had a busy week so far it seem. Tomorrow then next installment into their Tales from the Borderlands series will lands on Google Play for everyone to enjoy and today the company has begun teasing the next episode for their Game of Thrones series. Unfortunately though this time there isn’t a trailer to check out… yet.

We do not know a whole lot about what will be arriving in this next episode, which will be the third one. We do know it is called The Sword in the Darkness and if the teaser image has any clues about what to expect, then we can assume that dragons will finally be making an appearance in Game of Thrones. Of course this could also just be some cool art to promote Episode 3 with, but we doubt that. 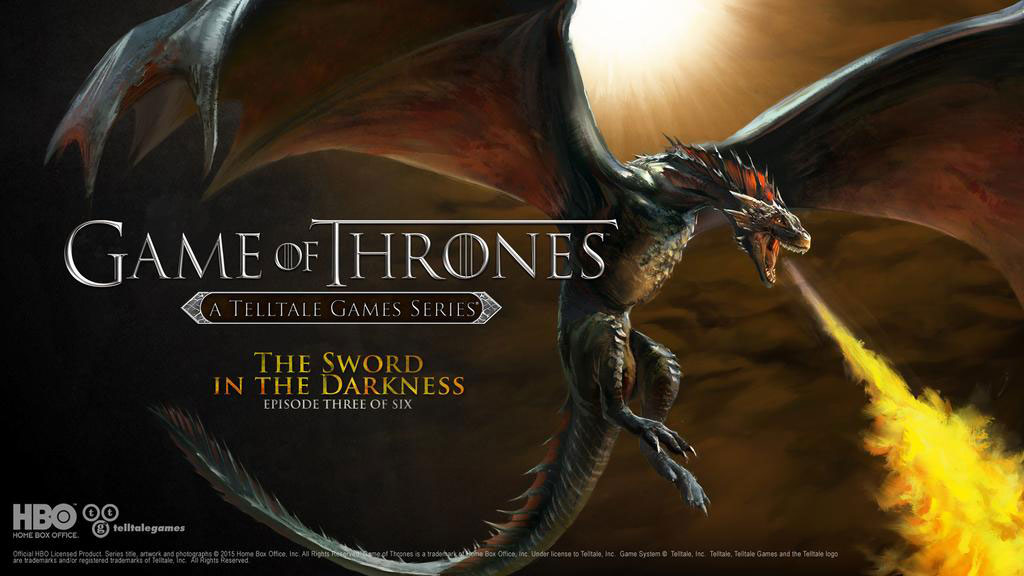 Unfortunately this was posted on TellTale Games’ Twitter account so there isn’t any additional details about Episode 3 aside from the one image. However the company plans to release more details in the near future, probably with a trailer, so we will post an update when that happens.