For those of you no familiar with this game, Space Chicks is what you would call an endless platformer. What this means is that Space Chicks is an endless runner but everything is set up in a platformer style of game. So you won’t just be running in a straight line dodging hazards. Controls are super simple, just tap the screen to jump from planet to planet, collecting coins and avoiding hazards. 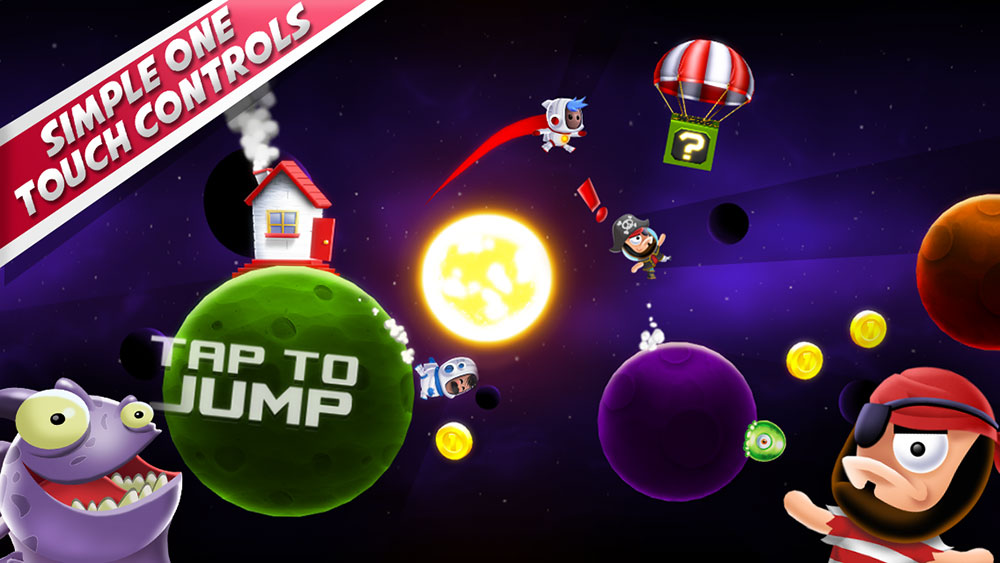 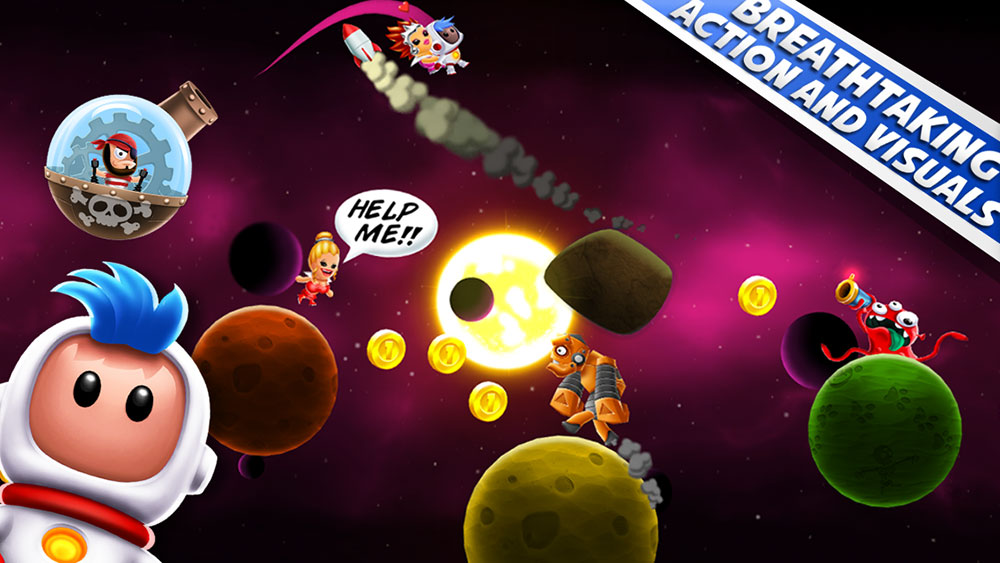 Of course along the way there are power-ups that you’ll be able to take advantage of, such as the Space Car or the Chick Hammer. Even though your only control is to jump, you can kill enemies as well, so you’re not just avoiding everything. Lastly, you can compete with friends online or play with a friend with same-device multiplayer. Oh, and don’t forget to save the chicks!

Like most endless genre games, Space Chicks is available for download off of Google Play for free and does contain optional IAPs should you want to use those. You can check out the game in action in the trailer below.