Star Trek Event Comes to Family Guy: The Quest for Stuff for a limited time

A new Star Trek event is hitting the town of Quahog in Family Guy: The Quest for Stuff. The event is bringing characters from Star Trek: The Next Generation, and their respective voices, into the popular game.

On a mission to protect Stewie, who somehow creates technology that threatens the villains of Next Generation, the Borg, William Riker recruits Peter to lend a hand in fixing the USS Enterprise. Of course all of this ties in with the Family Guy universe, with Bertram, Stewie’s nemesis throughout the shows many seasons, being the “Borg baby” coming to kill Stewie. 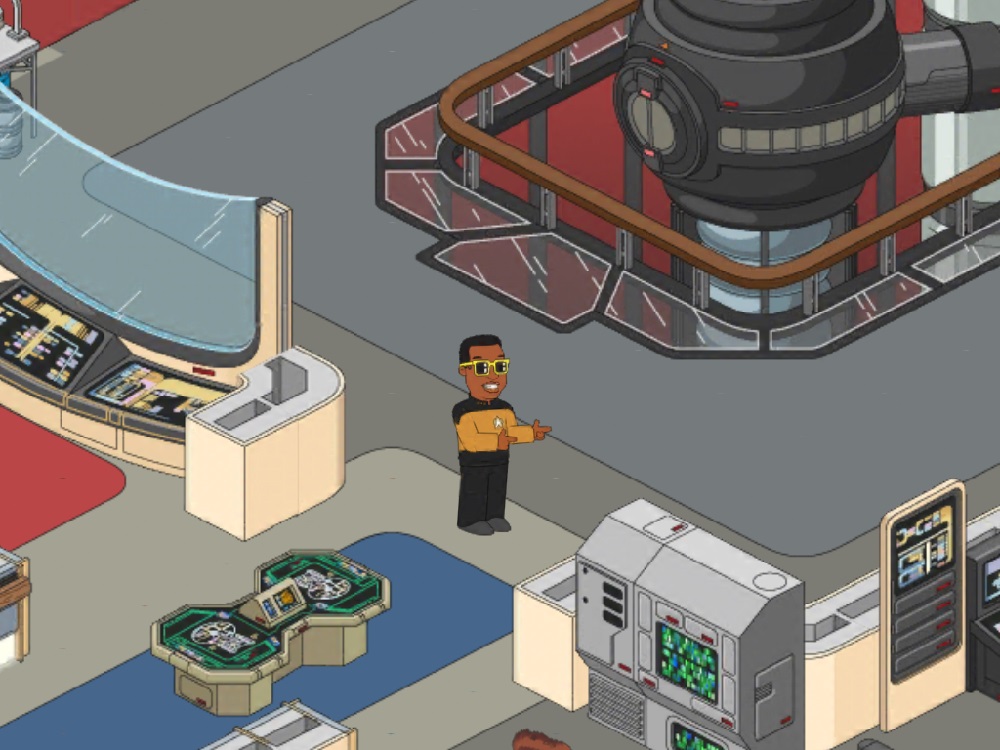 Players will be able to unlock numerous new Star Trek items along with taking on Tribbles, and sending characters into the far reaches of space on exploratory missions. The big draw of the event will be leading the crew of the USS Enterprise against the Borg. The event starts today (March 19th) and will be running until April 30th.

While I’m not very familiar with Star Trek, I am most certainly familiar with Family Guy. Seeing how Family Guy has handled The Next Generation cast in the season 7 episode “Not all Dogs Go to Heaven” expect there to be a lot of comical antics that even someone who knows almost nothing about Trek like me will finds amusing.