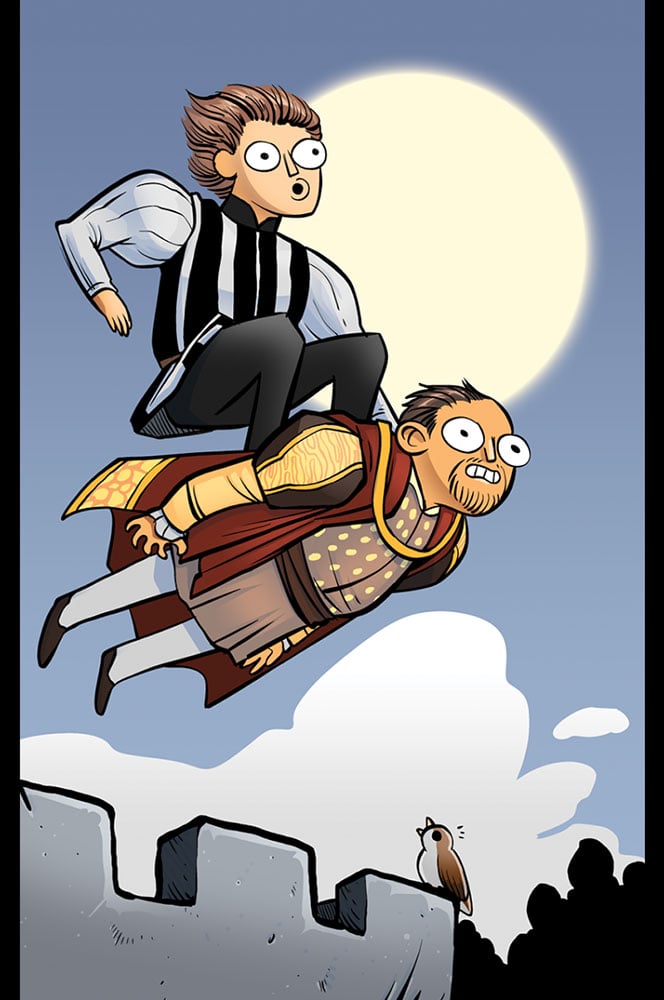 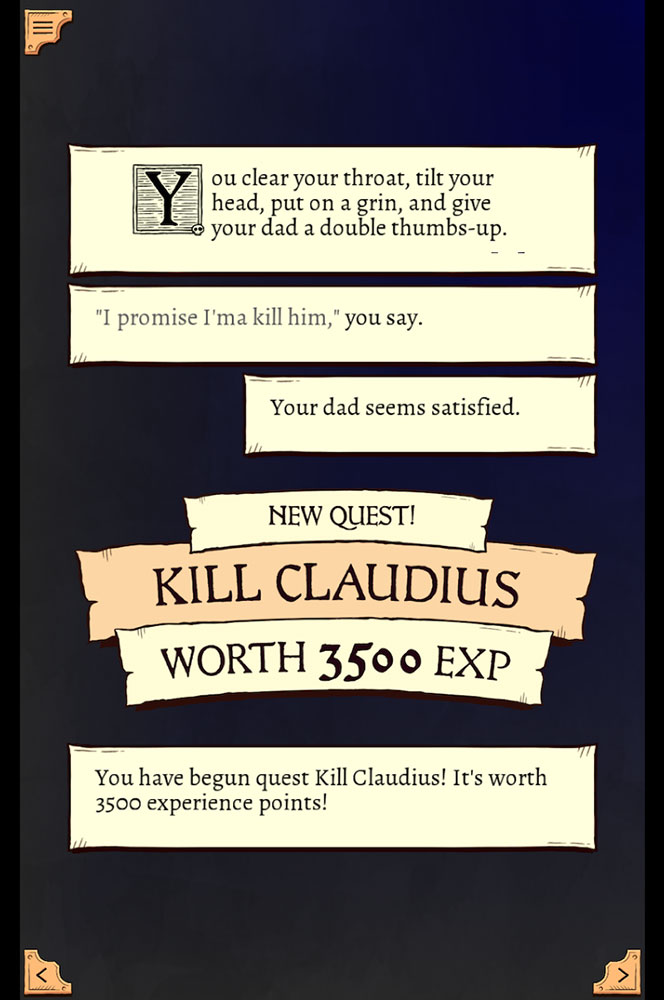 To Be or Not To Be Features:

• Tiny Yorick skulls mark the choices Shakespeare took in his play!
• Play as Hamlet, Ophelia, and Hamlet Sr., each with their own unique adventures.
• Learn things, like the meaning of the word ‘pernicious’ and the origin of the phrase ‘Till death us do part’!
• Sensibly bring evil King Claudius to justice in a court of law! Or, stuff him into a cannon and then fire him into a wall! IT’S UP TO YOU.
• Travel through TIME! Fight PIRATES! Kill a guy IN A CHURCH (it’s totally okay, he’s a jerk!)!
• View the HAML-O-METER at the end of each story to see how well you stuck to the Bard’s vision!
• Dyslexic friendly font support, to aid readers with dyslexia.
• Hidden achievements to find throughout the gamebook.
• Art you discover is unlocked in the art gallery. Find all the full colour images as you play!
• Specially composed soundtrack and sound effects.

To Be or Not To Be is available on Google Play for $5.99. For fans of Tin Man Games releases, this is a bit different than what you’re probably used to but it is still pretty cool, especially with all the guest art in this gamebook. You can also check out the trailer for this release in the video below.