Adventure Gaming Steps into the Future with The Gallery: Six Elements

The graphic adventure puzzle genre got a huge boost in followers in 1993, when the game Myst was released. Just saying the name probably brings up hours of good memories for a lot of PC/MAC gamers. Since then, the genre has grown steadily, and now adventure games are available on PC, MAC, consoles and mobile devices everywhere. Soon, adventure gaming will step into the future with a whole new gaming experience by Cloudhead Games, called The Gallery: Six Elements.

Vancouver Island is where you will find the game development studio of Cloudhead Games. They have been working on this amazing looking title, The Gallery: Six Elements, since 2013. You will know exactly what I mean once you take a look at the screenshots. This is not your average, everyday, adventure game. This game is built from the ground up, to be experienced in VR using Unity3D.  The world first began to take notice  of the The Gallery, once the KickStarter campaign started in 2013. 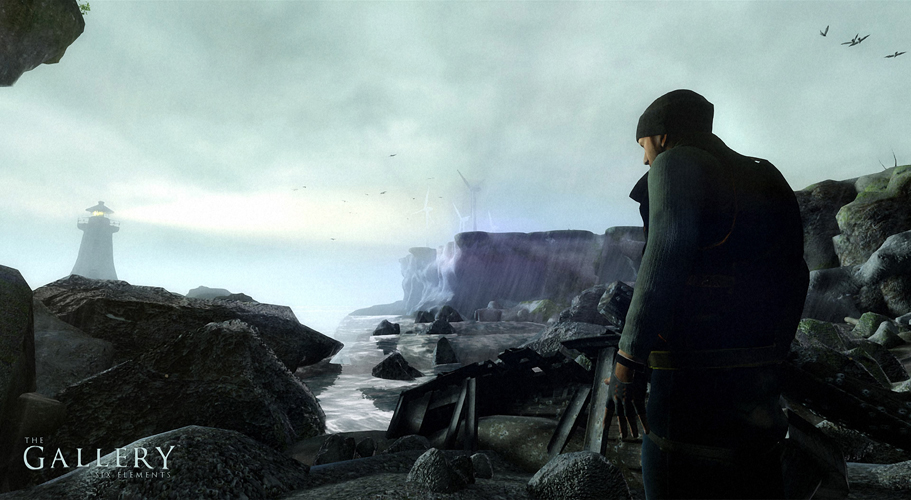 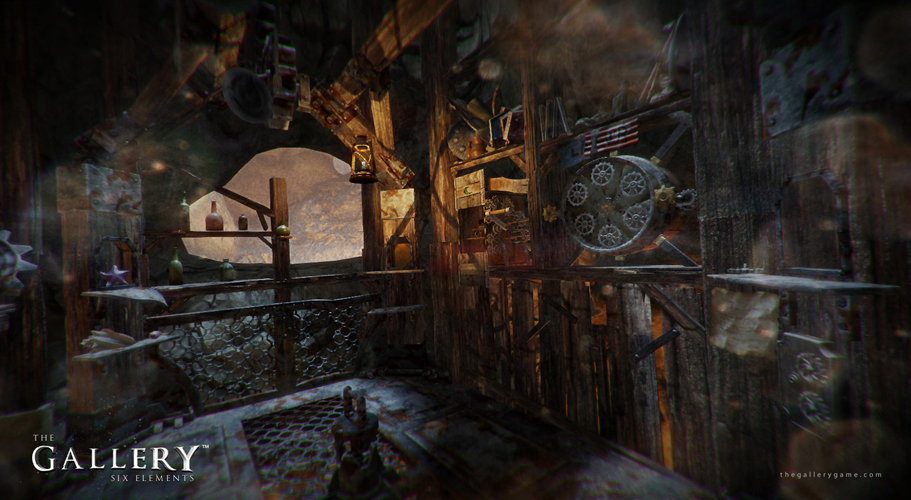 The game is being developed specifically for two new VR headsets. The SteamVR and the HTC Vive. Once Valve became aware of what Cloudhead Games was working on, it was a huge boost for the game developers. Now, that HTC is involved as well, they bring a potentially different audience of players to the game, who may be more familiar with the HTC brand and mobile gaming in general. What they are developing with the HTC Vive is pretty amazing, but DroidGamers will be exploring that more in another article. Based on what Cloudhead Games is presenting with The Gallery: Six Elements, the collaboration among the different groups is proving successful. So what is this game all about?

“Journey through an ancient machine into fantastical worlds to discover your sister’s fate. You will twist, pull,lift, yank, flick, grab, push, and smash your way through a fully interactive environment, making friends and foe along the way. For the first time ever – truly step foot into a new world and become the hero of your own myth.” – Cloudhead Games

– Fully immersive world built from the ground up for virtual reality using the Unity Engine
– Groundbreaking gameplay designed to capitalize on the strengths of VR and motion control
– Intuitive interaction system that allows you to reach out and touch the game world like never before
– A classic character-driven narrative experience inspired by the darker 80’s fantasy films
– Evocative soundtrack by award winning composer, Jeremy Soule 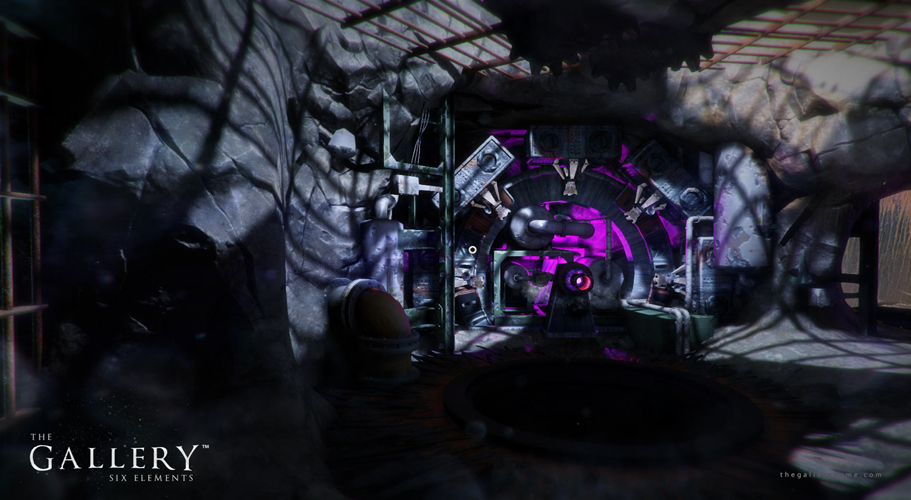 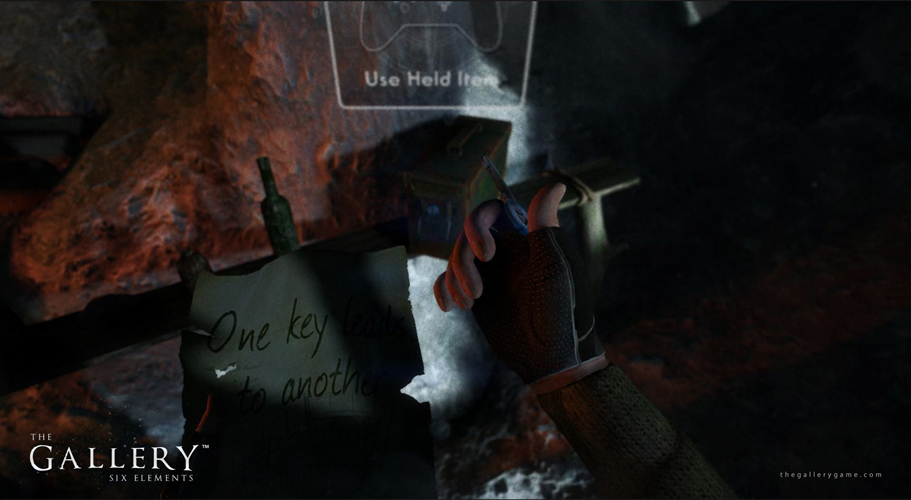 We are extremely curious about this game. Knowing that Valve and HTC are involved, solidifies for me, the high-quality of the VR devices that will be developed. Cloudhead Games is well on its way to bringing adventure/puzzle gaming back into the forefront of the gaming community.

If you contributed $25 or more to the KickStarter campaign for The Gallery, then you have already pre-ordered the game. If you didn’t don’t worry. You will have the opportunity to pre-order the game through Steam in the near future. Once VR hardware goes public, we will find out more about the release date for The Gallery, for those devices.

It appears that everything in the VR world is heating up, and it looks like gamers will have a fair amount of devices to choose from. Let’s hope the same thing can be said of the games. If The Gallery: Six Elements is an indication of what is to come, buckle up and get ready for the ride.