Blizzard has always been a company that fully embraced April Fools Day and Easter with all of their games and this year is no exception to the rule. Since Hearthstone is the only game so far on Android from them, that’s what we will focus on. In the 4.0.1.2015 version patchnotes, there are some pretty humorous gems in there. Also, if you hadn’t noticed, the version number for this patch is actually today’s date: 4=April, 01=1st, and of course 2015 is this year. The changelog is actually incredibly long so we are just going to show you a few of the bullet points but you’ll definitely want to check out the entire list here. 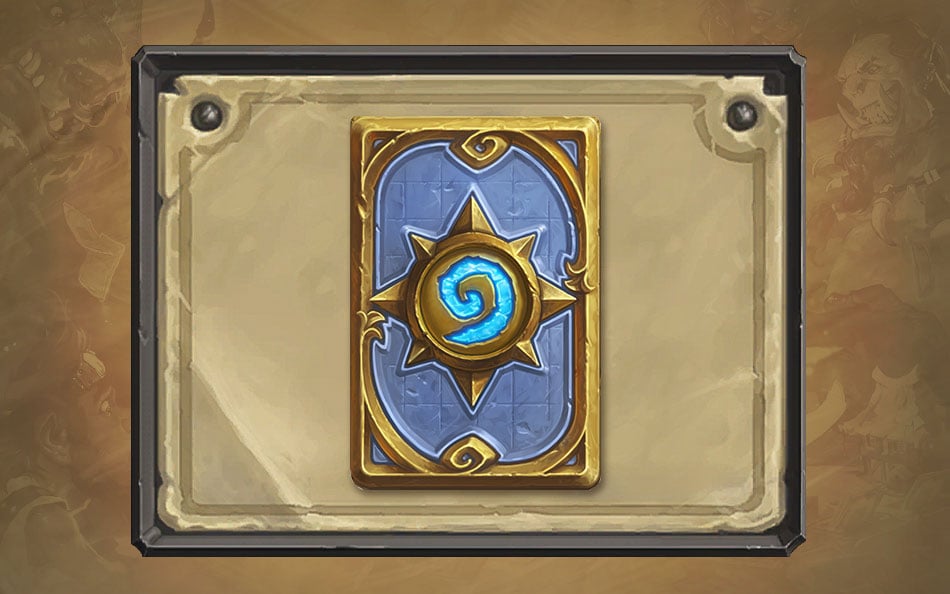 The “painstakingly” remastered classic card back

1) The following card back has been added:
– Classic Card Back: Remastered — We’ve re-visited the Classic Hearthstone card back and have given it a painstaking HD update. Acquire the new card back by reaching Rank 20 during the Ranked Play season.
2) We’ve implemented a new card type, Ninjas, which ALWAYS beat Pirate cards!
3) We’ve added a new feature called Harrison Jones’ Museum! Accessing it will allow you to gaze proudly upon all the weapons you’ve put in the museum, where they belong.
4) Mistress of Pain has turned over a new leaf and is now called Mistress of Uncomfortableness.
5) Crush has been renamed to Big Gross Demon Foot.
6) Card packs can now be opened by blowing gently on the screen.
7) Alexstrasza will no longer say anything upon being played because she’s tired of being misunderstood.
8) Cogmaster no longer spits, because let’s be honest, that’s pretty gross.
9) Leeroy Jenkins will now whisper his name upon being played in accordance with mandatory workplace etiquette classes.
10) Sludge Belcher has taken some antacids and now feels great!
11) Upon playing Unleash the Hounds, players will be taken to a menu that allows them to choose the exact breed of their hounds—with over 100 options!
12) Snowchugger is now an 8/8 because it’s too cute and people are not taking it seriously enough.
13) After many bouts with brain freeze, Snowchugger now eats snow at a more reasonable rate.
14) Annoy-o-Tron now says “GOODBYE, GOODBYE, GOODBYE” upon being slain.
15) Sorcerer’s Apprentice has graduated to Sorcerer’s Adept. All those long hours hitting the books finally paid off!
16) A Lost Tallstrider has been found. If it’s yours, please visit lost and found to claim it.

After reading the entire list we think you’ll agree with us when we say that these are very welcomed changes that bring this game to a whole new level. Well done Blizzard… well done indeed!

If you play Ingress then you may have noticed a bit of a change to this game as well. When you log into Ingress you will notice that your Agent Icon has actually been replaced with Pac-Man, complete with the same music from Pac-Man as well as the same sound effects. Also all Portal icons have been replaced with the four ghosts and hacking a Portal “eats” the ghost. This change is only for a limited time so be sure to enjoy it whilst you can.

Google has already done four pranks and jokes for April Fools Day but that isn’t enough! This is just a quick little one though but still entertaining. If you type https://com.google/ which is the Google URL in reverse, you will load up a version of Google Search that is also reversed.

Motorola did something a little similar to Samsung this year in announcing a product. However, instead of it being a smartphone / kitchen knife combo it is a selfie stick but with an April Fools twist to it of course. You really got to love April Fools Day and things like this, where a company acts serious over a product that is a joke. Definitely check out the announcement video for the Moto Selfie Stick.

So far we have had Samsung and Motorola with their announcements and here is T-Mobile with something a little different as well. This isn’t a physical product like the other two. Instead T-Mobile is launching the Pets Un-leashed (get it? Un-leashed? hahaha….) feature which allows you to add your pet to your current family plan with T-Mobile.

Microsoft also got into the fun this year announcing the revival and evolution of MS-DOS. Even though this is a joke, command line junkies like myself may actually find this pretty cool.

Another Google joke just hit the internet called Smartboxes. Essentially this Google’s solution to mail problems and this is another joke that is actually somewhat cool and I want. I completely agree with the ‘Spam Filters’ shocking the damn people who put that in your mailbox.

/r/Android is a delicious Apple

Reddit has jumped into the mix with April Fools Day jokes by switching the design and sidebar information for /r/Android to have information about Apple, iOS and Mac with a big Apple logo at the top. Cute.

Not the droid I was look for…

Razer has released their April Fools joke and it takes a bit of inspiration from Back to the Future, at least with the name anyways. Meet Project McFly, Razer’s new hovering gaming mouse. Some of the reactions from pro gamers in the video below are great. Even better are the terms Razer uses to describe how this mouse works.

If you spot any other April Fools Days pranks or jokes, let us know in the comments below so everyone can get a good chuckle from them!