Fortunately Hamstrong Castle Run is not one of them. While it certainly doesn’t re-invent the wheel, it finds comfort in its adorable presentation and fair monetary system.

Hamstrong takes place in a medieval setting, so as not to betray its own name. The game starts with a very simple tutorial to get newcomers comfortable with the gameplay. The tried and tested mechanics are here, namely the tap to jump and swipe to smash. While the default controls are great for beginners, I highly recommend switching to the alternate scheme available in the options. When timing and precision make or break the experience, advanced controls are necessary. 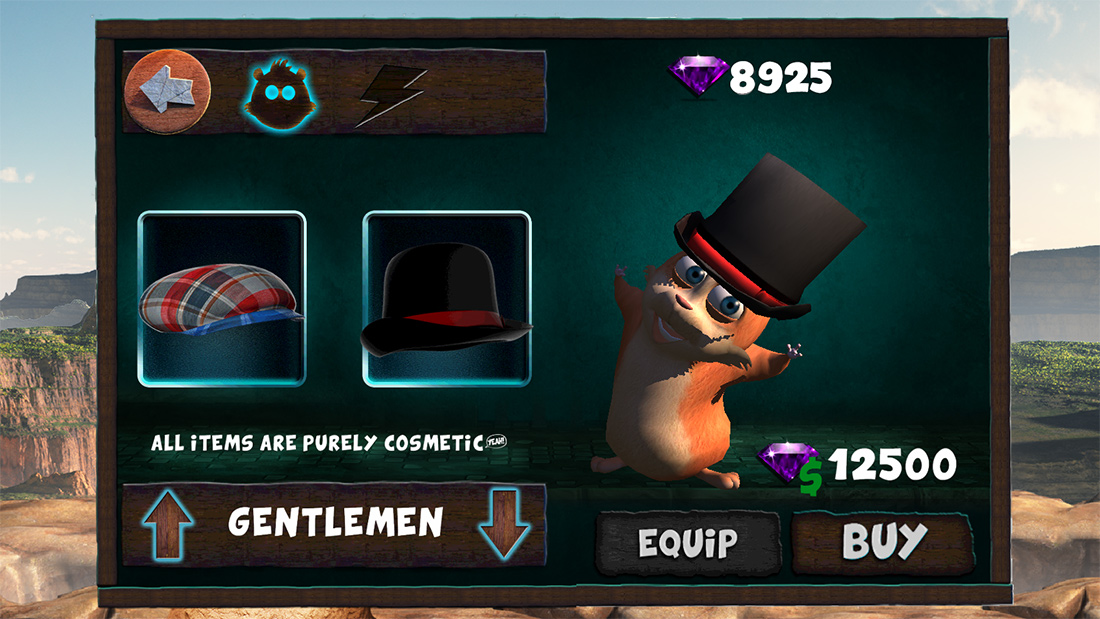 All the usual suspects are present, including collecting currency to buy upgrades and smashing and dodging obstacles. What separates Hamstrong from the litter is its adorable presentation. The hamster is a joy to watch Kung-Fu smashing though walls. The purple diamonds and rose petal power ups seem oddly mismatched, but it strangely works to give the whole thing a unique feel.

The graphics are top notch for a free title, with wonderfully rendered 3D visuals giving the whole thing a console vibe. A complete lack of story to explain why a hamster is in a medieval castle collecting purple diamonds and smashing through walls might seem like an oversight, but I’m not sure it could have added anything to the experience. 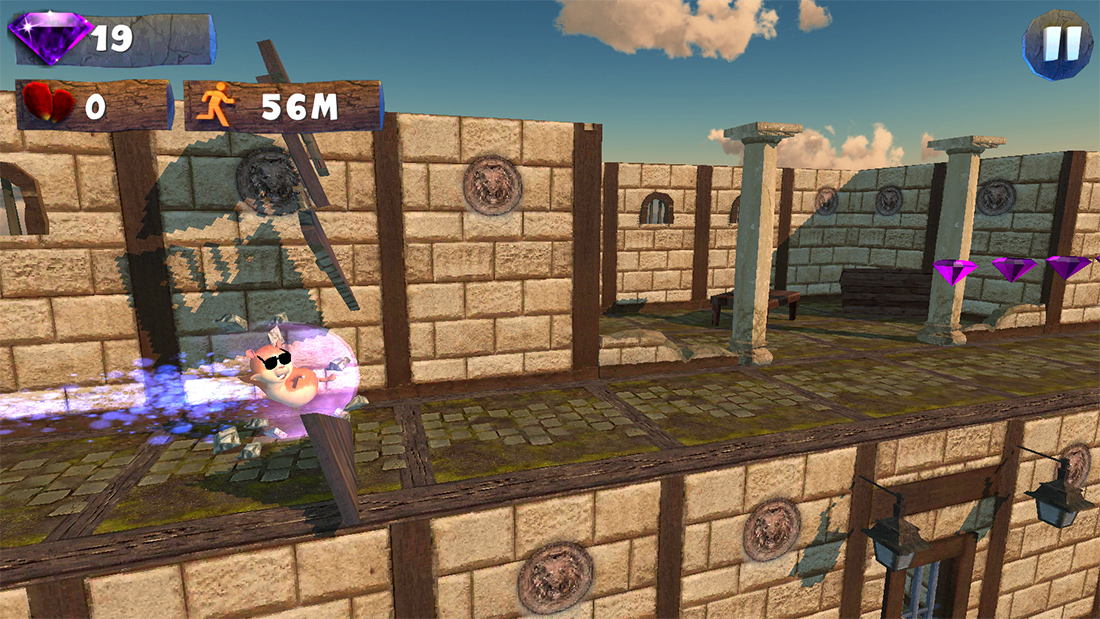 Of course we come to the caveats of all free to play games: the advertising and micro transactions. The ads are pretty bearable in this game, taking place only during the title screen and not interrupting the action. Unlike other FTP models, the store is actually affordable if you play the game enough. This is the best form of free to play, where you can pay to skip ahead or earn it for free if you put in the hours.

The few shortcomings of the game are technical issues. There’s times when the menu system isn’t as responsive as it should be, or an oddly placed frame rate counter appears in the top left corner. Thankfully these issues are small, and most likely will be fixed in a future update.

Charming, simple, and addictive, Hamstrong is a fun adventure for those long bus trips with just enough cuteness to make you ‘aww’ while you smash through the castle doors.