Most people enjoy good arcade fighting games. They aren’t overly complex in controls to enjoy, but to really master them, you have to put some time in to figure out all of the moves. There is a fair amount to be learned in Bladelords. You start off with one character that is equipped with a sword. The first thing you will notice is how fluid the animations are in the game. The game looks and plays great. The Unreal engine does a great job here, and you will be impressed with some of the design choices used in the game. The backgrounds are well rendered, and the sound effects compliment the fighting in the arena.

Each fighter has multiple moves. There is a directional pad on the left  to control your fighter, and three/four buttons on the right. You have a weak attack and a strong attack, along with a special move button. There is also a gauge that fills up after you have made successive attacks and combos. This is your ultra combo move. For the first character, it is the Heavenly Dragon Slash. Once that move is available, the special effects in the game are turned up a notch. Playsoft also gives you the option of having a right handed layout or a left handled layout, which is nice. 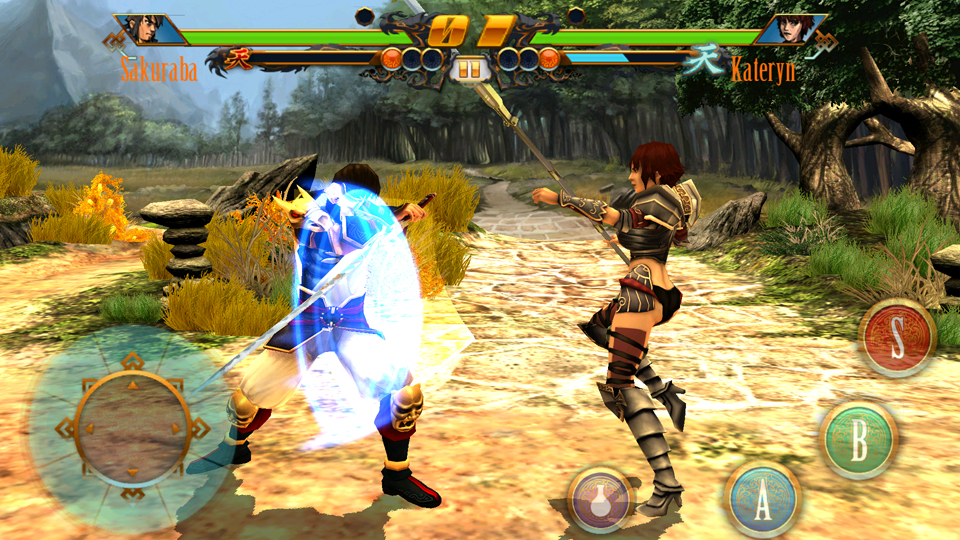 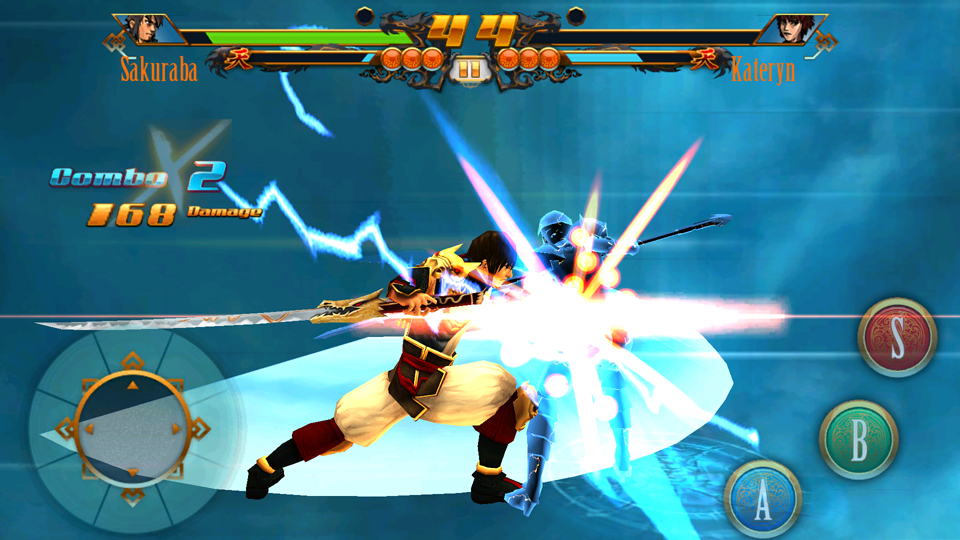 “In an old empire set between Western middle-age and Japanese universes, a dark power is rising again to take over the world. The empire’s destiny is in your hands. Start your journey across the four lands of the empire, gather the strongest fighters, and train them to unlock incredible fighting and magic powers.” – Playsoft Games

Your character can be upgraded in multiple ways. You can upgrade his/her armor, magic, sword, ring, etc. Doing so increases his/her attack and defense stats, along with how fast your ultra combo meter is filled. All the upgrades are done with in-game currency. That is given to you when you win matches. The upgrades aren’t terribly expensive. What is expensive in the game, are the fighters. The first fighter is unlocked. The rest of the fighters will cost you in-game coins or gold, or both. When your character levels up, you are given gold coins.

The game has single-player and multiplayer. The multiplayer matches are basically tournaments that go on for a certain amount of hours or days. If you rank well, you are given either coins or gold. The rewards can be pretty good in this portion of the game. The interesting part about it is, you have to use coins to enter the tournament.

– 16 fighters to play with and many more to come with regular updates
– Specific combos and attacks for each fighter
– Stunning visuals and environments thanks to the Unreal Engine 3
– Different game modes to discover – Bladelaords: The Daily Chaos Portal, The Arena, The Tower of Infinity timed fights and numerous missions.
– Upgrade your fighters to make them reach their full potential 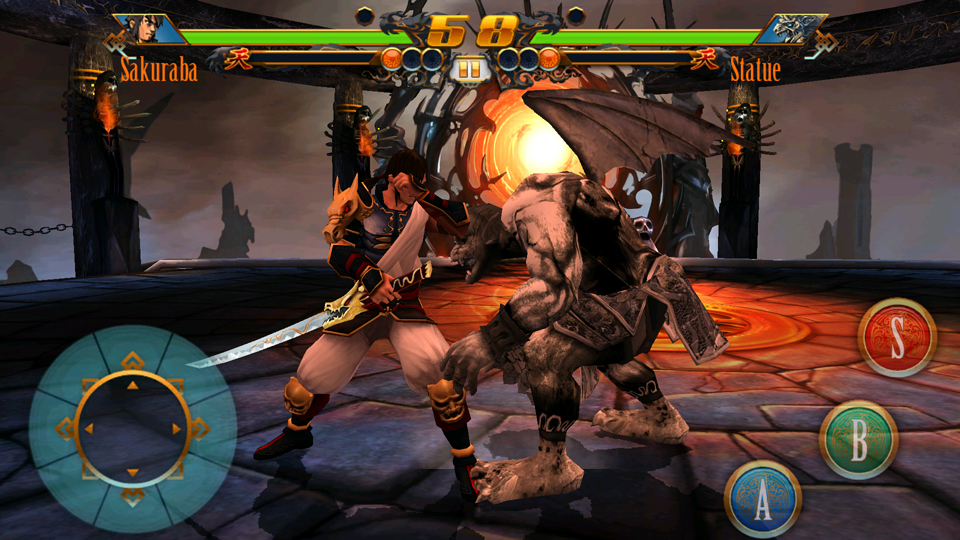 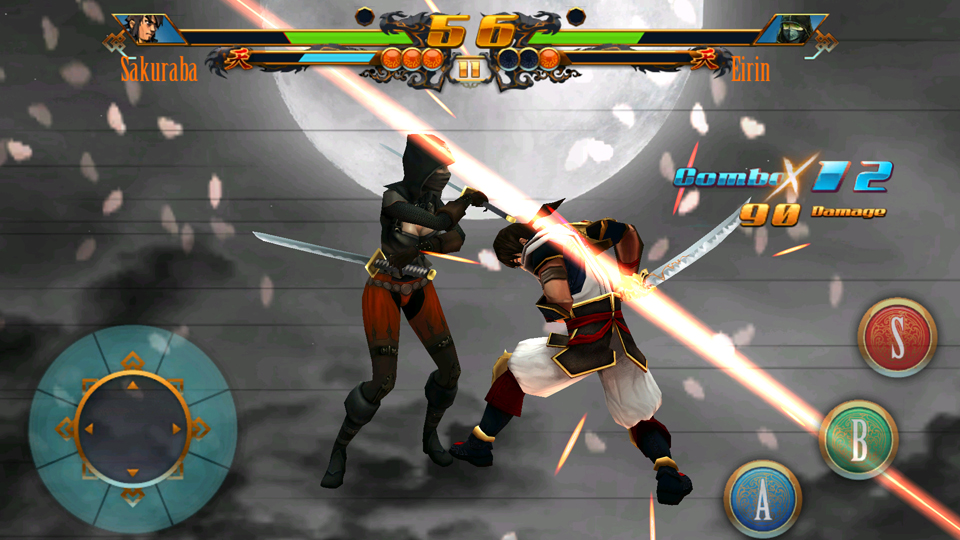 There is a lot to dig into with Bladelords. The game is graphically appealing, and the fighting is frantic and fluid. It is a good fighting game with pretty responsive controls. There is a lot to like here. The challenging part about the game could be the fighters, which in some ways it is, but it is not the thing that concerns me most. What challenged me more, was the free to play model. There is so much to enjoy in the game, but you can’t really access it because of the timed game play.

Fighting games take a lot of time. They never last long because rounds are generally timed anyway. So what that means, is that to get better, you have to play game after game after game. It all works well if you are winning. However, if you are losing, it really cuts into the time that you will be able to play the game, because of the energy structure. In Bladelords, this equates to five lives and you are done. There are some games that use timers and it is not too bad, but Bladelords is a little more frustrating in that aspect, in my opinion.

Between having to pay for the fighters that are a bit expensive, and the energy model, it makes it difficult to play this game for any length of time. If you are willing to pay $17.46 for unlimited energy, then things get a bit easier, and you don’t have to worry about losing your matches. Of course that price is 10% off right now too. You can invite friends to the game, and this will get you a couple of additional fighters for free. That works pretty well if you use FaceBook. If you don’t, then you will have to play a while to gain the in-game coins.

The game is integrated with Google Game Play Services, and has 27 achievements to unlock. If you enjoy fighting games, you should definitely check out Bladelords, because you can download it for free. It is a good fighting game, that in its current state, is hampered by the free to play model. If more options were given for the energy timers, and some of the in-game prices adjusted, this would be a fighter that I think a lot of people would have on their devices for a while. You be the judge, and let us know what you think in the comments.