Platformers are plentiful in the Google Play Store. You don’t have to look very hard to find one to suit your needs. However, it is always enjoyable to find a platforming game that gets it right. The game should have just enough difficulty to keep you challenged, and it should continue to introduce new elements to keep the game fresh. May I introduce you to Minik Run, a delightfully simple and elegant platforming game.

Kiary Games is the latest game development company to take on the platforming/endless runner genre. They have risen to challenge, and produced a game that is fun to play, and has those special elements, that make you want to play the game, one more time. Minik Run is part platformer and part endless runner. Combined they make a simple and elegant game that uses one touch controls, for challenging game play. The game is now available for Android devices, and is expected to come to iOS and Windows devices soon.

Weekend Play Game Reviews give DroidGamers an opportunity to highlight some games that may have been overlooked in a busy week of game releases. Some of the games may have been released a couple of weeks ago, or longer, but they still merit reviewing. This gives you an opportunity to catch up on some good gaming during your weekend. 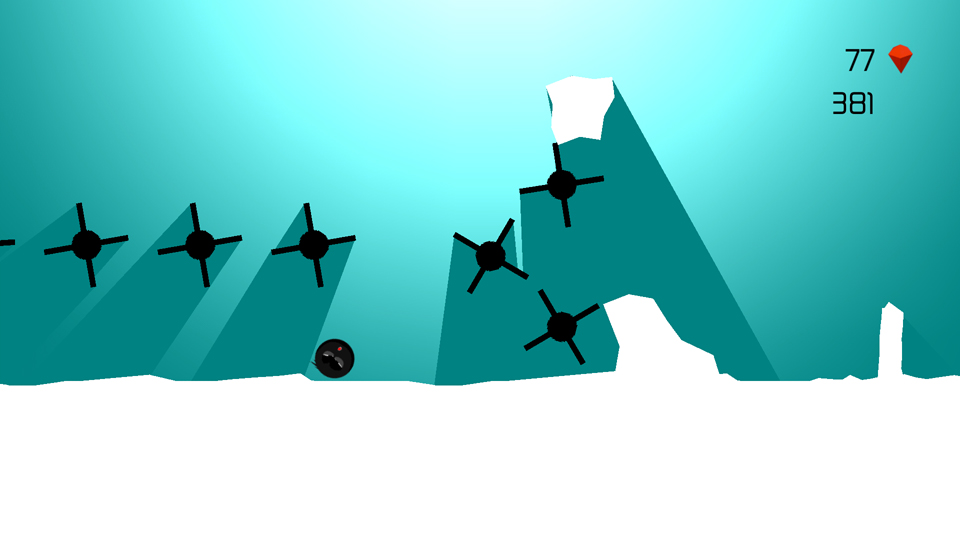 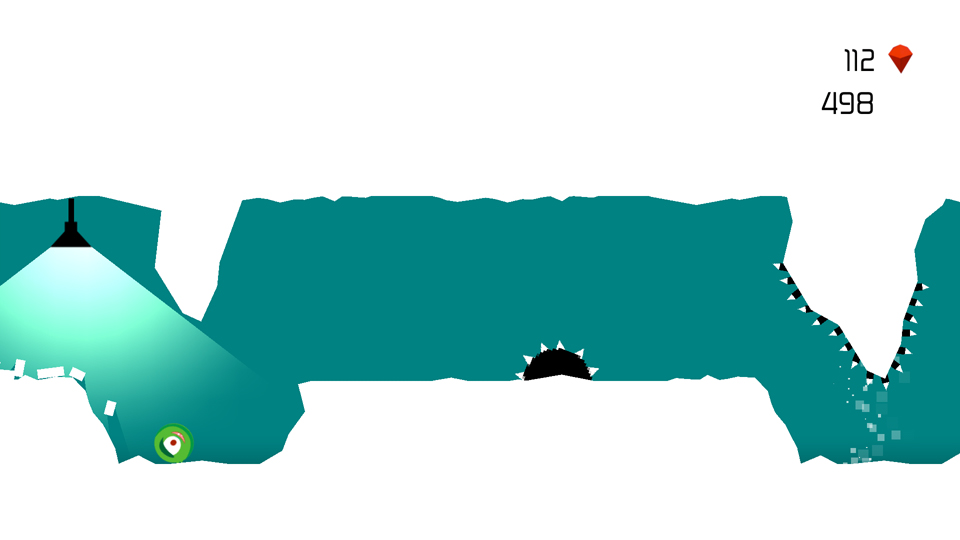 “Help Minik escape from the nightmarish monster. Discover other Minik, and perform a variety of tasks and achievements.” – Kiary Games

The game starts off with the main character, a Minik, that is trapped high above the ground, in a cage. By simply touching the screen, you loose the Minik, and it starts rolling through the levels.  The first thing you notice is the striking, but minimal palette of colors. Though it changes the longer you are able to keep your Minik rolling, it starts off with a striking ice blue background, with deep shadows that appear upon some of the platforms. The landscape is rendered white. Walls with or without spikes, rotating saws and fan shaped items are colored black. The images are graphically appealing, and the dynamic environment brings unexpected challenges with a lot happening on the screen in some stages.

As your Minik is rolling and jumping (Jumping occurs by touching the screen, which is the only control you have over your Minik.), he/she is automatically propelled forward.This is part of the difficulty in the game, as you really cannot speed your Minik up, or slow it down, to avoid things. However, if you use the environment to aid you, the Minik is given special abilities at the right time. At times you will come across what looks like blue geysers of water that will speed you up, or hot air springs, that bounce your Minik high in the air.

The main goal is to keep your Minik rolling, and to collect the red crystals, that are sporadically placed throughout the environment. To grab them, you have to traverse high bridges, avoid rolling and rotating blades, and random pits of fire, and bubbling black substances, that look like oil. In addition to that, there are other shapes that unexpectedly fall from the sky, in the shape of circles, rectangles and squares. These shapes can actually help you, if you don’t let them prevent you or slow you down from moving forward. As you keep rolling longer and longer, random meteorite explosions occur, to try and impede your progress.

The game also has challenges built in for you to complete. There are fifty of them. Some challenges require you to reach a certain distance, and others may have to do with jumping a certain number of times. Kiary Games has implemented a number of creative ways to keep you playing the game. 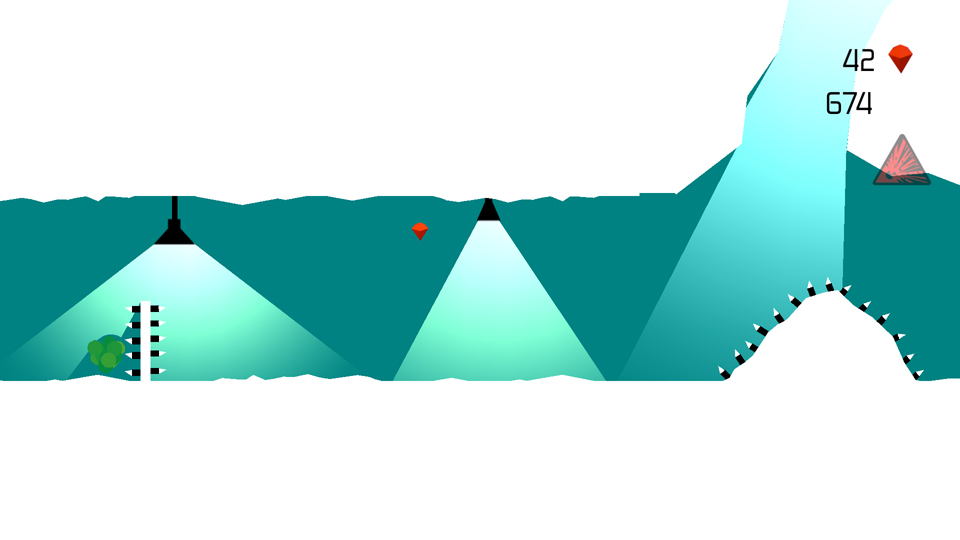 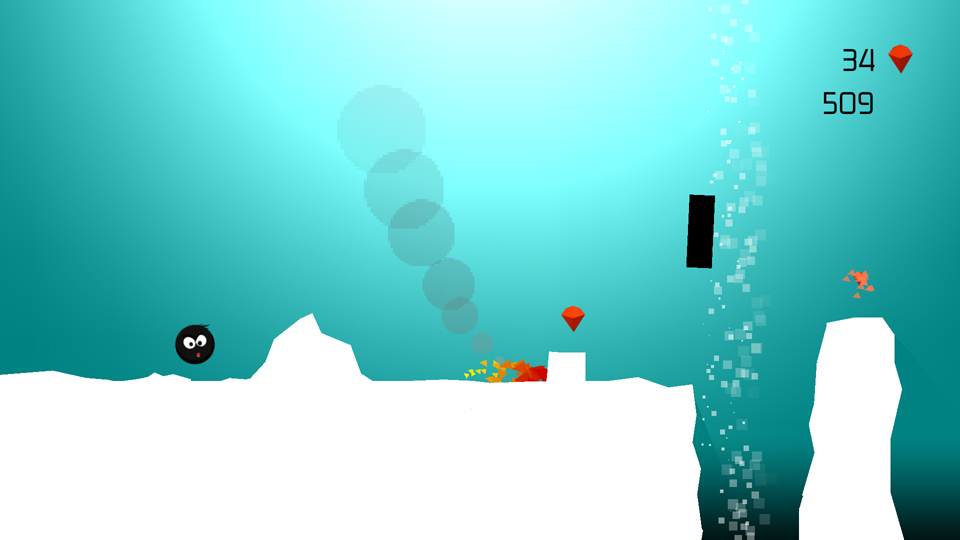 Minik Run is a free to play game, but it is free to play in the best way possible, in my opinion. It allows you to enjoy playing the game as much as you want, without the burden of timers. Yes, there are limited to ads, but the ad banner is not present during game play, and when they do appear, they aren’t really a nuisance. There is an in-game store, but it is only for purchasing new Minik. There are currently twenty different Minik to choose from, and there is primarily one way to purchase them, by spending the red crystals you have collected. The remainder of the Minik will be awarded to you by completing challenges. Most of the Minik cost 100 to 200 crystals, not expensive at all, based on how easy it is to collect crystals. Also, you get crystals for completing challenges, and if you want, you are given the opportunity to watch a video ad for 20 crystals. Not a bad free to play structure at all.

Minik Run is integrated with Google Game Play Services, with fifteen achievements to unlock, and two leaderboards. One is for the high score, and the other is for completing challenges. Combined with the in-game challenges, Minik Run compels you to play longer to reach the variety of goals. The developer has plans to continue updating the game, with more Minik characters, and different environments.

If you enjoy games that can be played quickly, and offer fun and challenging game play, Minik Run fits the bill. The game design is smart, minimal, elegant and addictive, in a good way. You want to play it over, and over again. One of the best elements of Minik Run, is an area where a lot of games misstep… the free to play game structure. Minik Run is easy to recommend for downloading, if you want to take some time during your weekend, to play an enjoyable game.