Bandai Namco has announced that they have partnered up with Sony Entertainment to produce a mobile game based off of the Pixel movie. For those of you not familiar with what Pixel is, essentially this is a live-action movie with a video game theme to it. Basically aliens misinterpret old video feeds showing video game footage as a declaration of war and attack Earth, taking the form of video game characters when they attack.

This new game will be an adaptation of the film and not a spin-off or anything like that. Characters such as Q*Bert, Pac-Man, Frogger, and so on will all be making an appearance in the movie. This means that all of them will also be in the game as well.

With a hilarious cast and an incredible roster of legendary gaming icons to play with, Pixels has all the makings of a breakout hit. Pixels is a celebration of some of the most beloved names we grew up with, and we’re ecstatic to deliver an experience that’s just as enjoyable on mobile devices as it is on the big screen. – Jeferson Valadares, General Manager and Vice President of Product Development at BANDAI NAMCO Entertainment America Inc 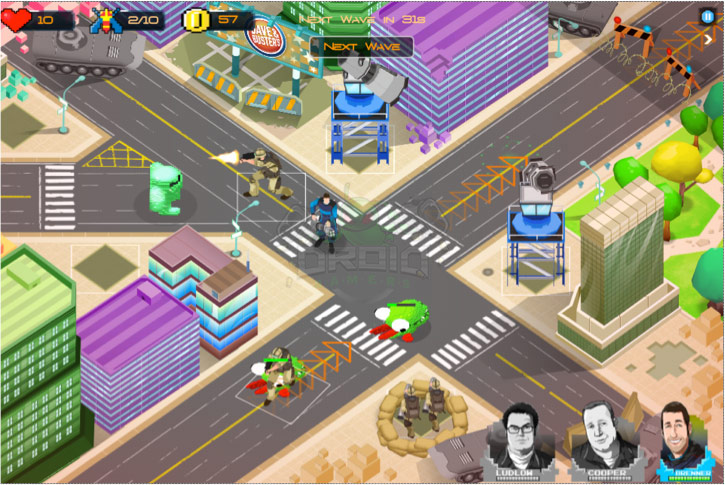 As for how the actual game will play out, there isn’t a whole lot of details released right now, only that this game is coming out and will launch before the movie hits theaters. However, judging from the lone screenshot, it looks like a wave survival game where players will take on waves of enemies.

In other words we should know more soon and Pixel will be on Google Play before July 24, 2015. When more details are released, we will post an update.