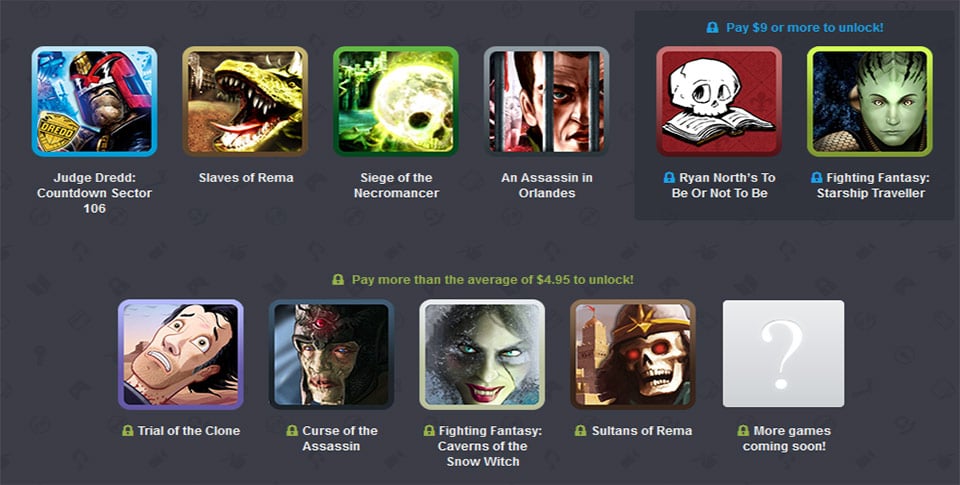 If you are not familiar with Tin Man Games and what their titles are, they release interactive RPG gamebooks that come with a lot of features including 3D dices to roll, character sheets, and even an inventory system. While they have released their own original stories, they have also been digitizing the Fighting Fantasy series of gamebooks which was an actual physical series of books that have been our for a long time now.

Pay any amount and get:

– An Assassin in Orlandes
– Siege of the Necromancer
– Slaves of Rema
– Judge Dredd: Countdown Sector 106 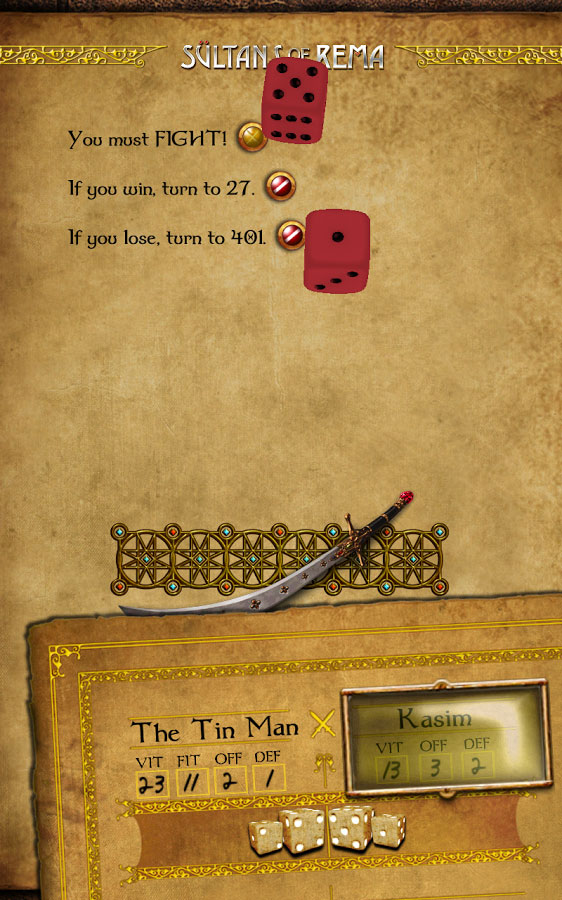 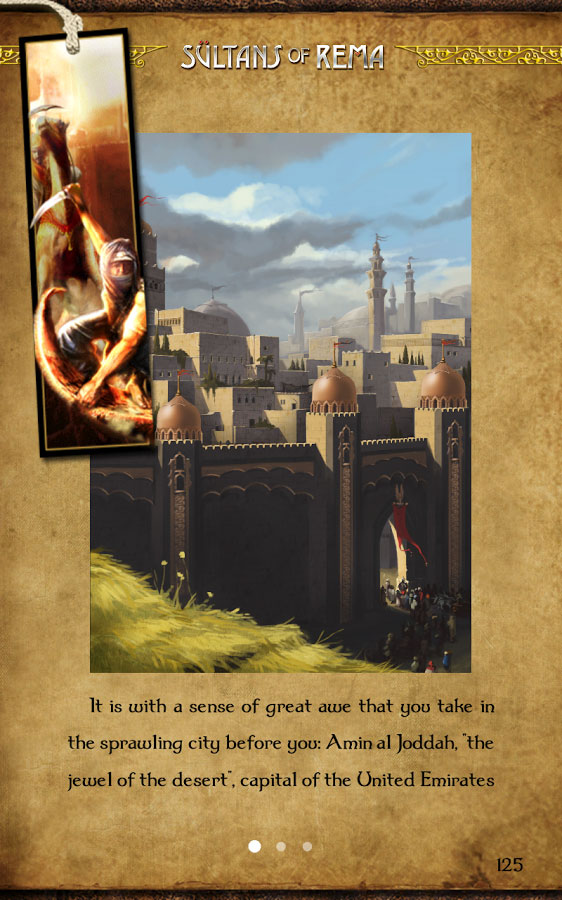 Pay over the average and also get:

– Sultans of Rema
– Fighting Fantasy: Caverns of the Snow Witch
– Curse of the Assassin
– Trial of the Clone

Pay over $9 and also receive:

– Fighting Fantasy: Starship Traveller
– Ryan North’s To Be Or Not To Be

If you pay over $35, you will get all of the Tin Man Games titles in this bundle as well as Humble Tin Man Bundle Shirt ‘n’ Button which comes with a beautifully designed tee by Adam Works and a Tin Man Games button. The first 1,000 customers will also receive a limited edition Pinny Arcade Tin Man Pin.

We’ve written about every one of these games and all of them are pretty good which makes this a pretty solid bundle already. We will post an update when more games are added to the Tin Man Games Humble Bundle. Definitely worth checking out if you’re a fan of gamebooks. You also get the matching soundtracks for the games you purchase.