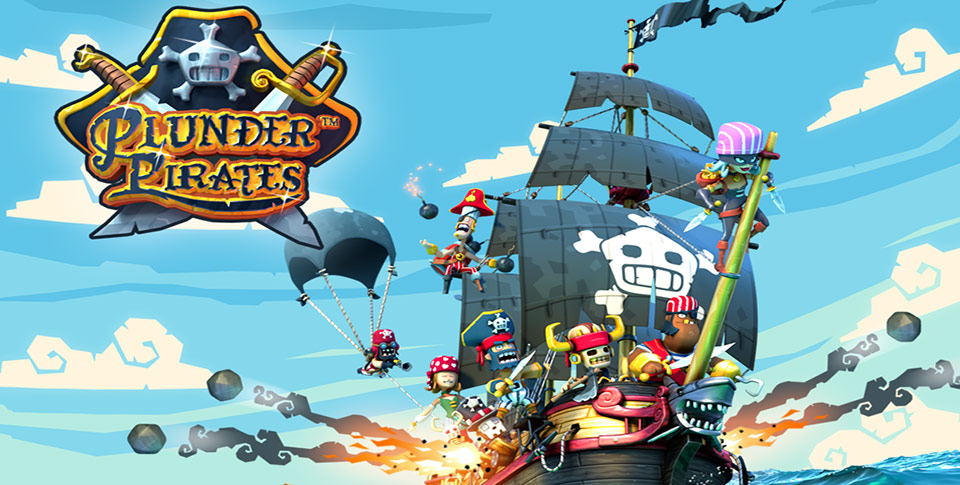 Rovio Stars recently releases Sky Punks onto Google Play a couple of weeks ago and they are already following it up with another release today, this time it is a game called Plunder Pirates. As the name of tis game suggests, Plunder Pirates is all about plundering the goods of other captains/pirates, which can be either computer controlled or another player.

Rovio Stars is the publishing arm of Rovio, where they publish other developer’s games for them under the Rovio Stars brand. This particular game was developed by Midoki and it visually looks quite good. This game offers up a little bit of everything. You will be building up your base, which is located on your own island. You will also be training your own fleet of pirates which will be doing the combat and looting. Once you are built up enough, you can go out exploring and plundering for the loots. This can be done either in single-player or in multiplayer against other people. 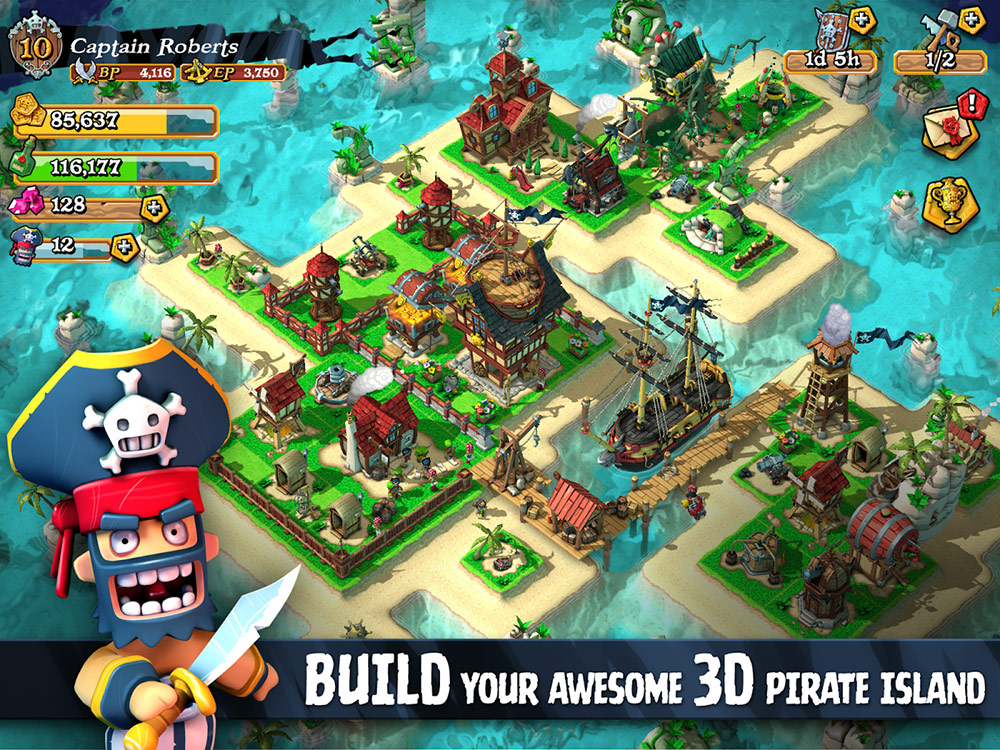 – BUILD an epic 3D pirate island then spin it 360° to see every angle!
– ASSEMBLE a crazy pirate crew from 10 seafaring scoundrels!
– EXPLORE uncharted waters in your mighty galleon!
– BATTLE rival Captains, conquer enemy islands and plunder their booty!
– JOIN a Pirate Guild with your friends and enjoy exclusive Guild perks!

While Plunder Pirates looks quite good visually, and there seems to be a lot of content available, there also seems to be a lot of people having problems with this game right now. It is either crashing for people or not opening after install. Other people are having no problems at all. Just something to keep in mind when thinking about downloading this game. 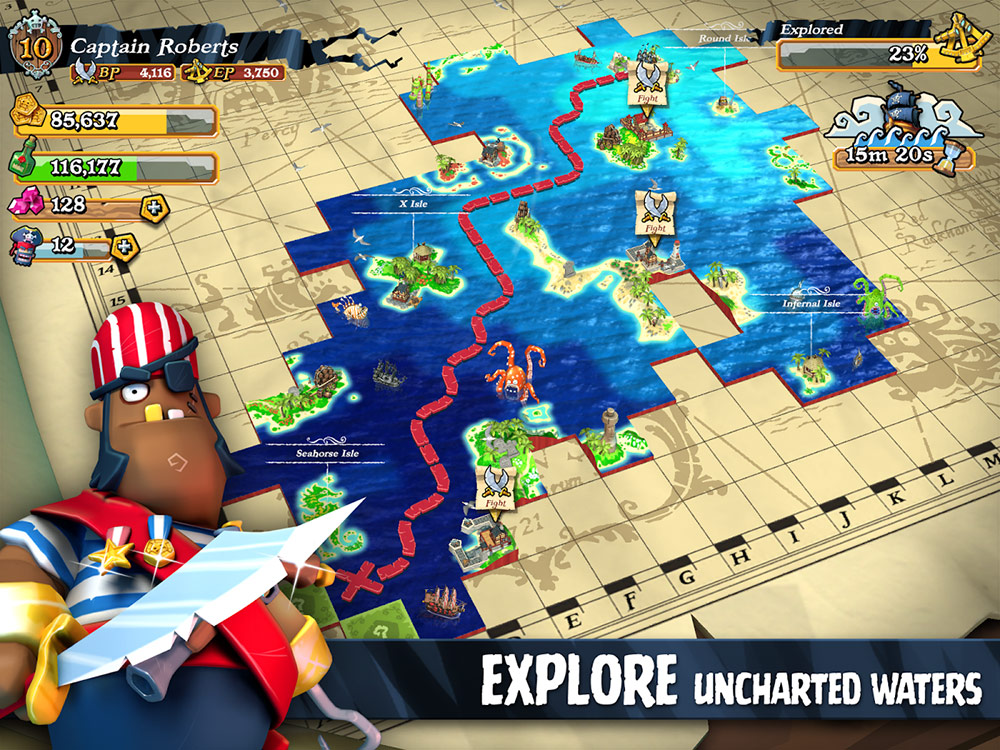 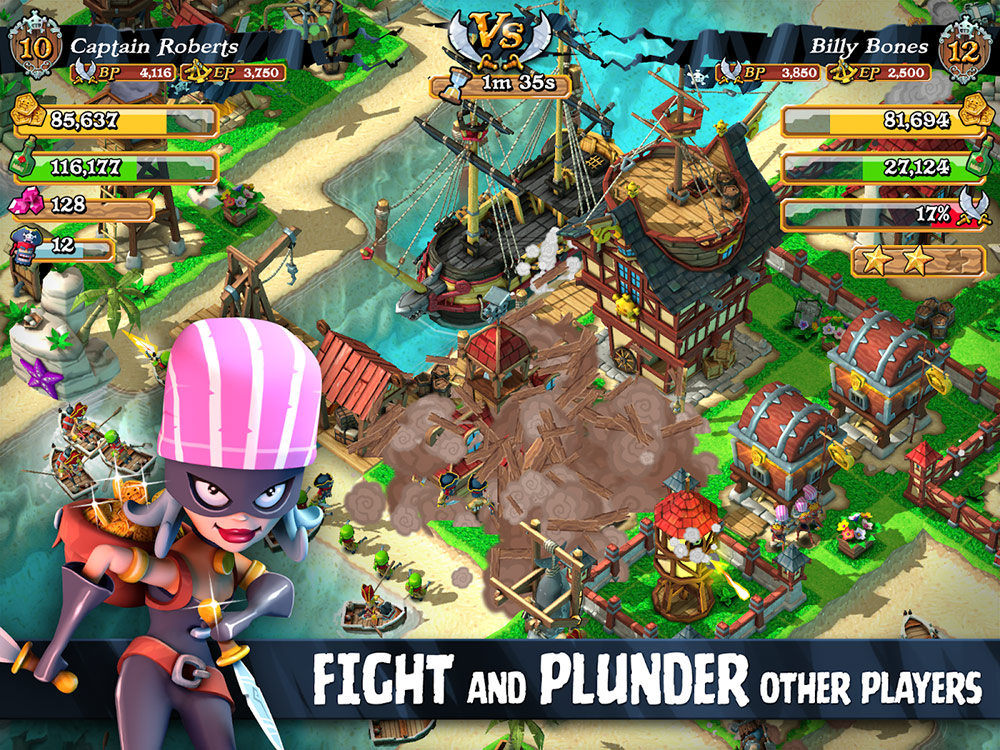 The developers are not new to the video game industry so there will most likely be an update arriving quickly to fix these bugs. For those of you interested in checking this game out, Plunder Pirates is available off of Google Play for free and does include optional IAPs as well. You can also check out this game in action in the video below.