UPDATE: April 26th, 2:58 AM, PST – Somehow, in all of the great game releases that have occurred over the past few weeks, we missed Goya Studio’s game being released. We apologize for missing it. Omega: The First Movement arrived the first part of April. With its unique art style and game play, it is worth looking into if you enjoy rhythm-based game play, though that probably doesn’t describe it best. The game is free to download and has minimal in-app purchases. The link to download the game can be found at the end of this article.

Goya Studio is comprised of six very young and talented individuals, that have a passion for creating great games. Another title that they released in the Play Store some time ago, was Tiny Busters. They primarily use Unity to develop their games. Based on a pretty detailed blog, we learned that the development of Omega: The First Movement, only took four months. If you have played anything by Supergiant Games, creators of the great PC games Bastion and Transistor, then the art style used in Omega: The First Movement should be familiar. The mood or tone of the game, was loosely inspired by Elfen Lied, which is a Japanese Manga Series, written and illustrated by Lynn Okamato.  At the center of the amazing visuals, is a rhythm-based action game with an intriguing story. 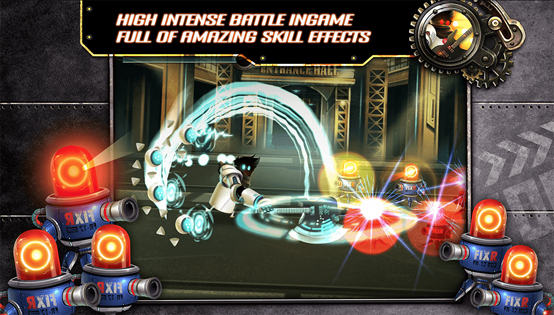 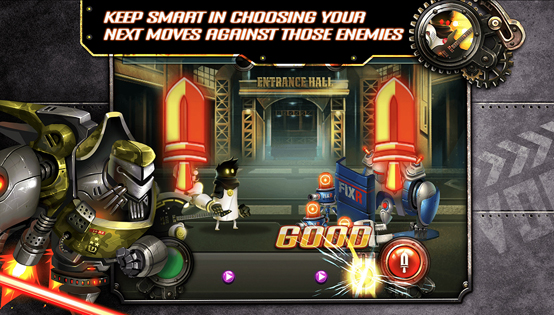 “After Grand Industrial Revolution at the early 20th century, human beings were continuously mechanized into cyborgs with the desire to reach perfection. Our main character X – former guitarist – with all beautiful memories about emotional and colorful world of humans, was unable to accept the fact that his world had changed into this one. He thought that only if he could defeat Server Boss in the Clock Tower, the world would be back into the old one. However, in order to be stronger, enough to fight back all enemies, he had to sacrifice and mechanize some parts of his body. Then time after time, he became a cyborg himself.” – Goya Studios (Game Development Blog) 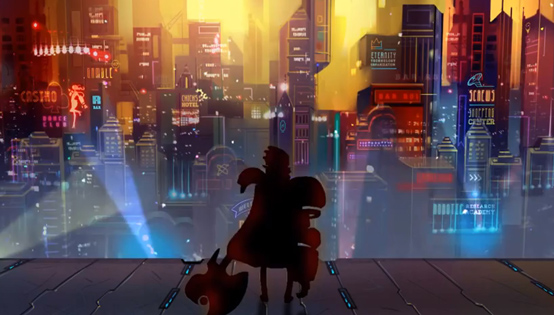 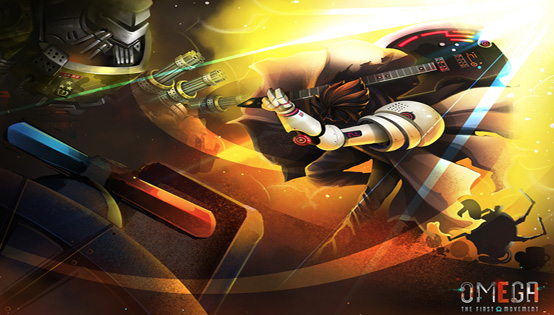 When we talked with Goya Studio, they told us it shouldn’t be long before the game is released for Android. They hope to have it released by the end of this month. If you enjoy rhythm-based games, then Omega: The First Movement is a game you should keep your eyes on. Once the game is released into the Play Store, we will let you know. In the meantime, check out the trailer, some of the screenshots, and the extremely detailed blog, which highlights the development process of the game.