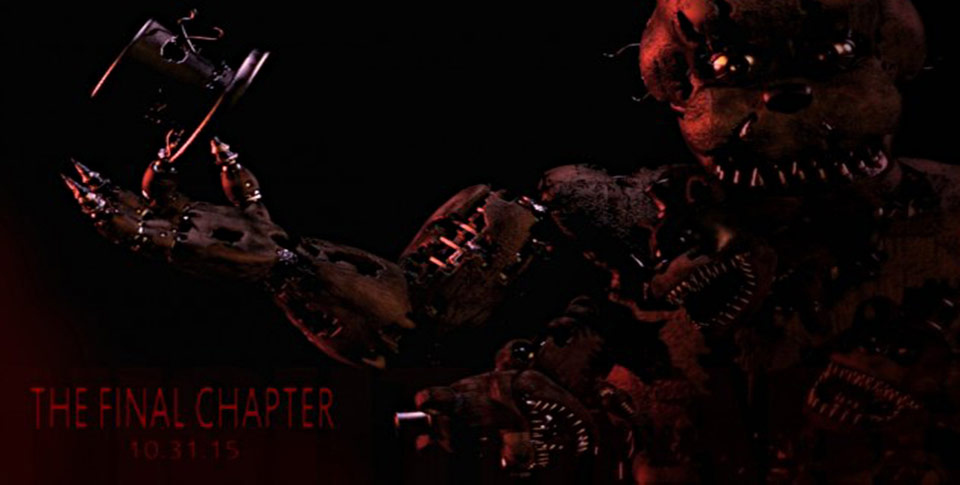 Now the “final chapter” of his immensely popular Five Night’s At Freddy’s series has been announced. It’s coming in Halloween 2015, which means it’ll have more development time than his previous efforts. This series has done so well that Warner Bros has even picked up the rights to make a movie based off of the Five Nights at Freddy’s franchise. So far Adam Stone and Jay Ireland will be executive producers, while Jon Berg and Nik Mavinkurve will be overseeing the entire project on behalf of Warner Bros.

As for details regarding this game, there is very little revealed so far right now besides the release date. When more details are announced, we will post an update.