A couple of days ago we reported on a new game heading our way from Sega called Monster Gear. This game is described as a “hunting-action” style of game, similar to other titles out there like Monster Hunter. Well now there are some new details about Monster Gear available and as it turns out, it may not be as similar to Monster Hunter as we may have originally thought.

That is not to say that it isn’t at all similar to Monster Hunter, as it turns out it is just not as complex. To recap what we know already, Monster Gear is currently slated for release in Japan in May 2015. Right now there is no mention of a Western release, although it could very well come to the West. Gameplay is quick with missions taking around 5 minutes to complete, with groups consisting of up to 4 players. Controls are also much more simple, with controls consisting of “Attack,” “Guard,” and “Special Double Attack”. Monster Gear is designed to be playable with one hand if need be. And that is pretty much all we knew up until now.

Taking a look at some early screenshots of the gameplay, we now know that the visuals are nowhere near that of Monster Hunter or similar games, but are more 2D graphics with an almost hand-drawn style to them. Not that this is a bad thing, it is just different from what we initially thought they would be. Battle with monsters are in real-time which means factors such as speed do play a role in the success of your team. There are five weapons players can choose to use, each with a different style of play to them. 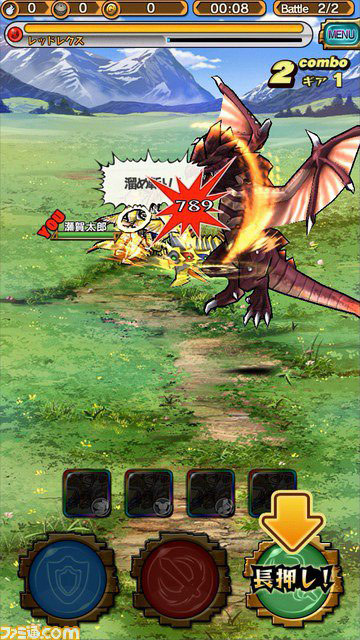 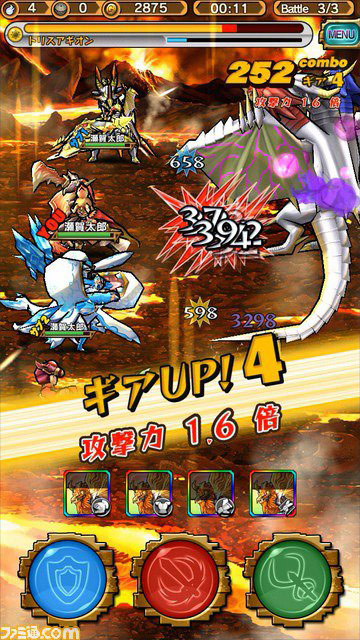 The basic “Attack” is pretty much as it sounds, it is a basic attack move your character does when fighting. These can lead into combos though which increase the damage you deal to the monster you’re fighting. The “Special Attacks” are just that, special attacks with much bigger damage or have added effects against enemies. These vary depending on the weapon you’re using and are not based on the character you are playing. Examples of this include hammers which make it easier to make enemies faint and thee bow can shoot poison arrows. Magic Attacks consist of mixing two different types of attacks together, although details on this are kind of scarce.

So while Monster Gear is still similar to Monster Hunter and other games in theme, players going out and killing monsters, it is also a lot more simpler and has very different visuals than other games that would fit in the genre. We will be keeping an eye out for a release here in the West when Monster Gear ends up being released in Japan.