[Update: April 29th, 9:24 PM, PST] Just in time to get you ready for the Avenger’s movie coming out Friday, Netmarble has finally released Marvel Future Fight. This looks like a pretty exciting title to play. If you have been waiting for this game, wait no longer. It is available to download for free in the Google Play Store. The game does have in-app purchases, should you choose to take advantage of them. The link to download the game is at the end of this article.

Marvel Future Fight is an Action-RPG title featuring 36 Marvel superheroes to choose from. This includes superheroes like the Avengers, Spider-Man, Daredevil, and even the Guardians of the Galaxy. Each superheroes has their own signature moves and abilities that players can use to their advantage when taking on their enemies. Since this is a team-based title, you will need to figure out which heroes you will want to make your group up with in order to get far in this game. 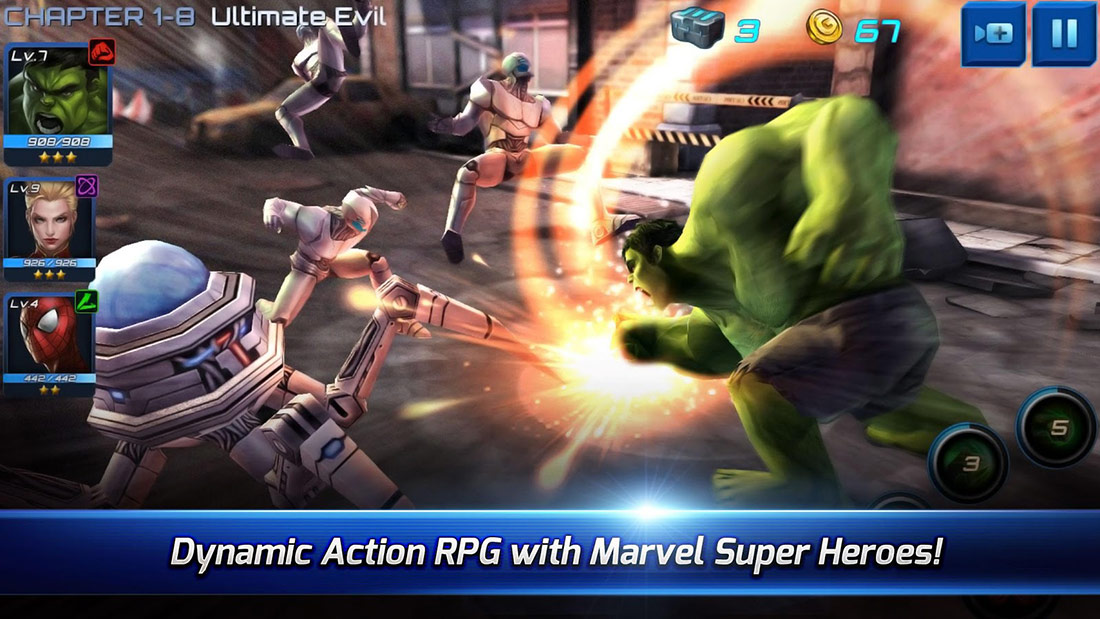 We’re thrilled to offer a profound new dimension of action gaming, encouraging players to create their own teams with familiar Marvel characters like Iron Man, Rocket Raccoon, Captain Marvel, and many more. Marvel Future Fight will raise the standard of action RPGs in the global market as we have set a strong foundation in Korea with Netmarble’s previous title, Monster Taming. – Gun Kim, CEO of Netmarble Monster

Players will  have plenty of the more famous villains to deal with in this game including Loki, Doctor Octopus, Ultron and more. As players progress through this game, you will be able to level your chosen heroes up, enhancing their stats in order to make them even more powerful, which is good since you will end up dealing with more powerful enemies further on in the game. 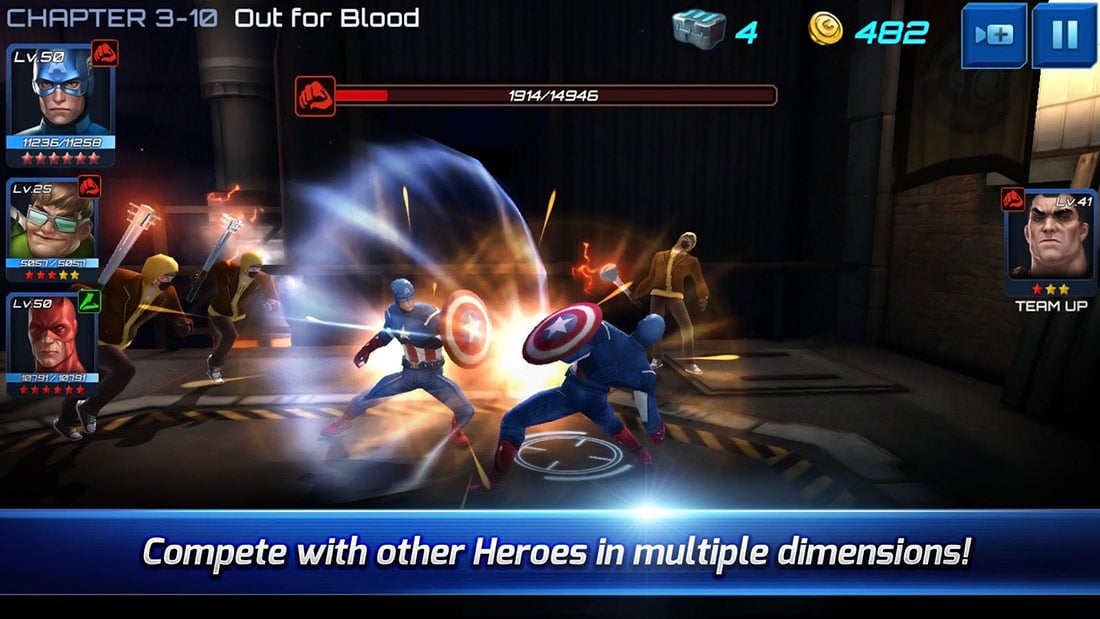